This question aims to better understand the perceived relationship city leaders have with national policymakers and other stakeholders. 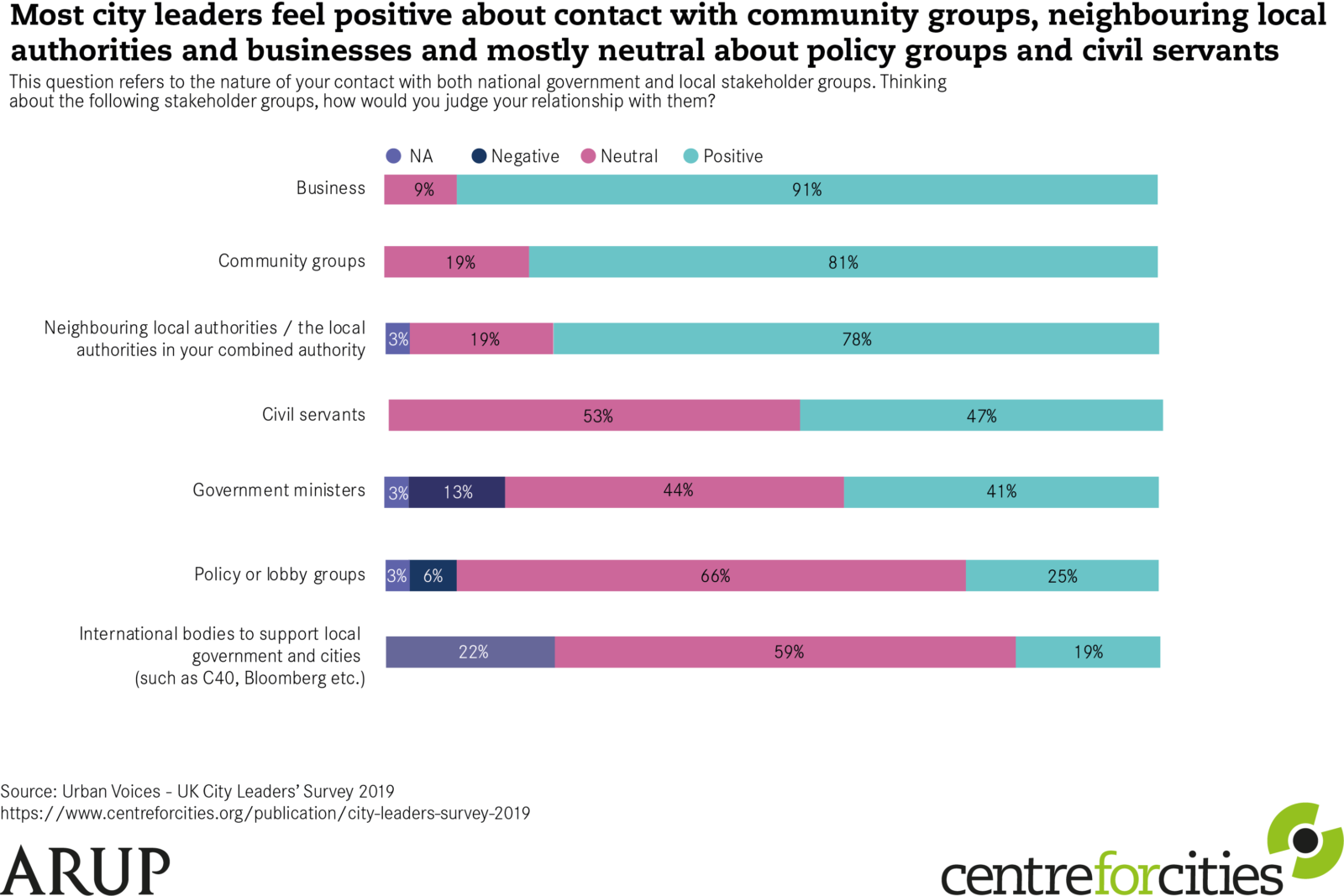 Nearly all leaders identified links to international bodies as either neutral (59 per cent) or not applicable (22 per cent). 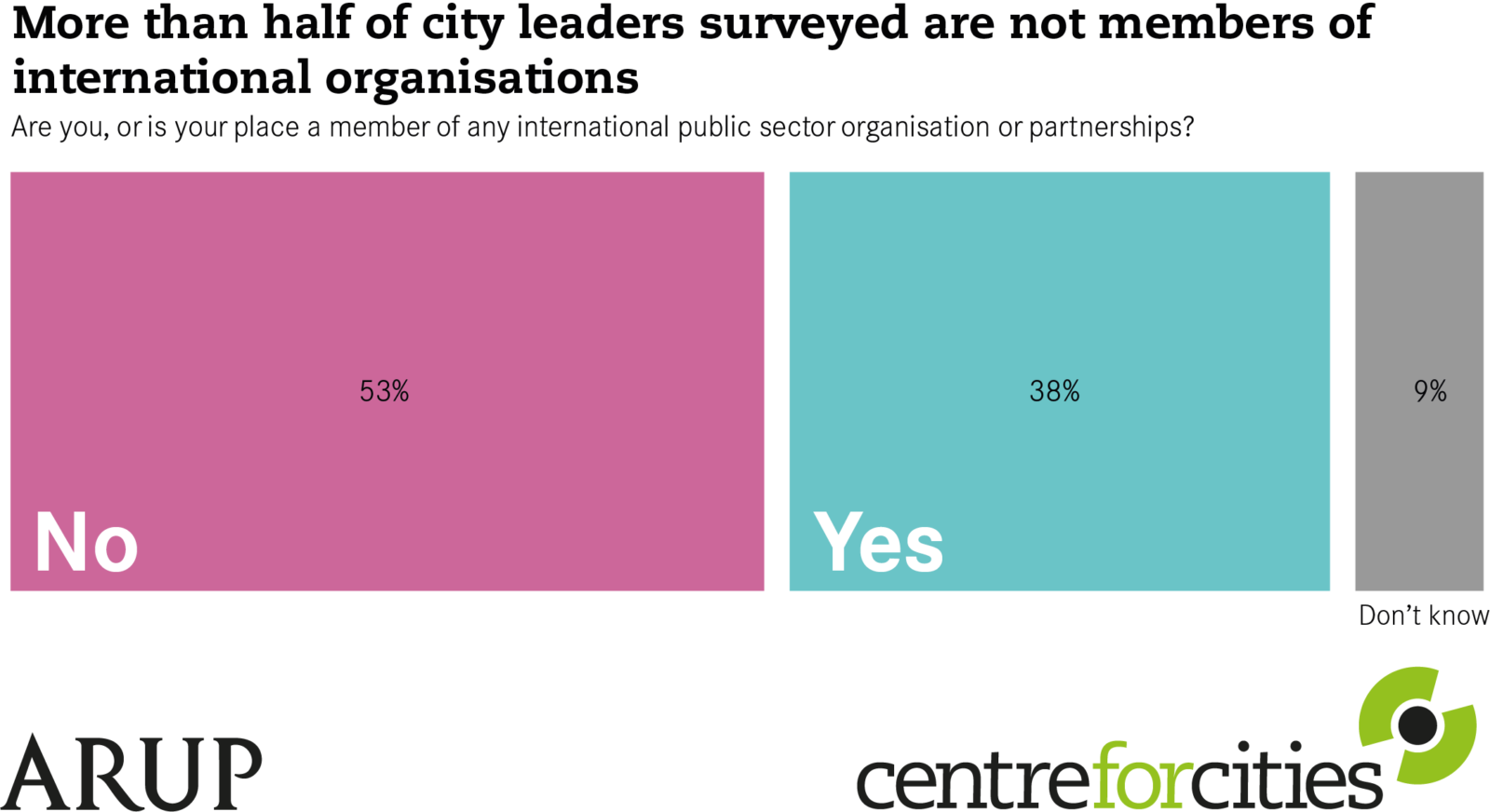 International organisations help cities learn from one another, and some provide resources for research and projects that will help fulfil a policy initiative that is common to cities around the world. Organisations focussed on climate change and specific development issues provide valuable resources and networks for cities.

Most city leaders surveyed (53 per cent) are not members of international organisations compared to 38 per cent who are. Out of these, more than half are part of Eurocities, and one-quarter said they are part of 100 Resilient Cities. Other organisations that were mentioned are C40 Cities, World Cities Cultural Forum and Strong Cities Network amongst others.