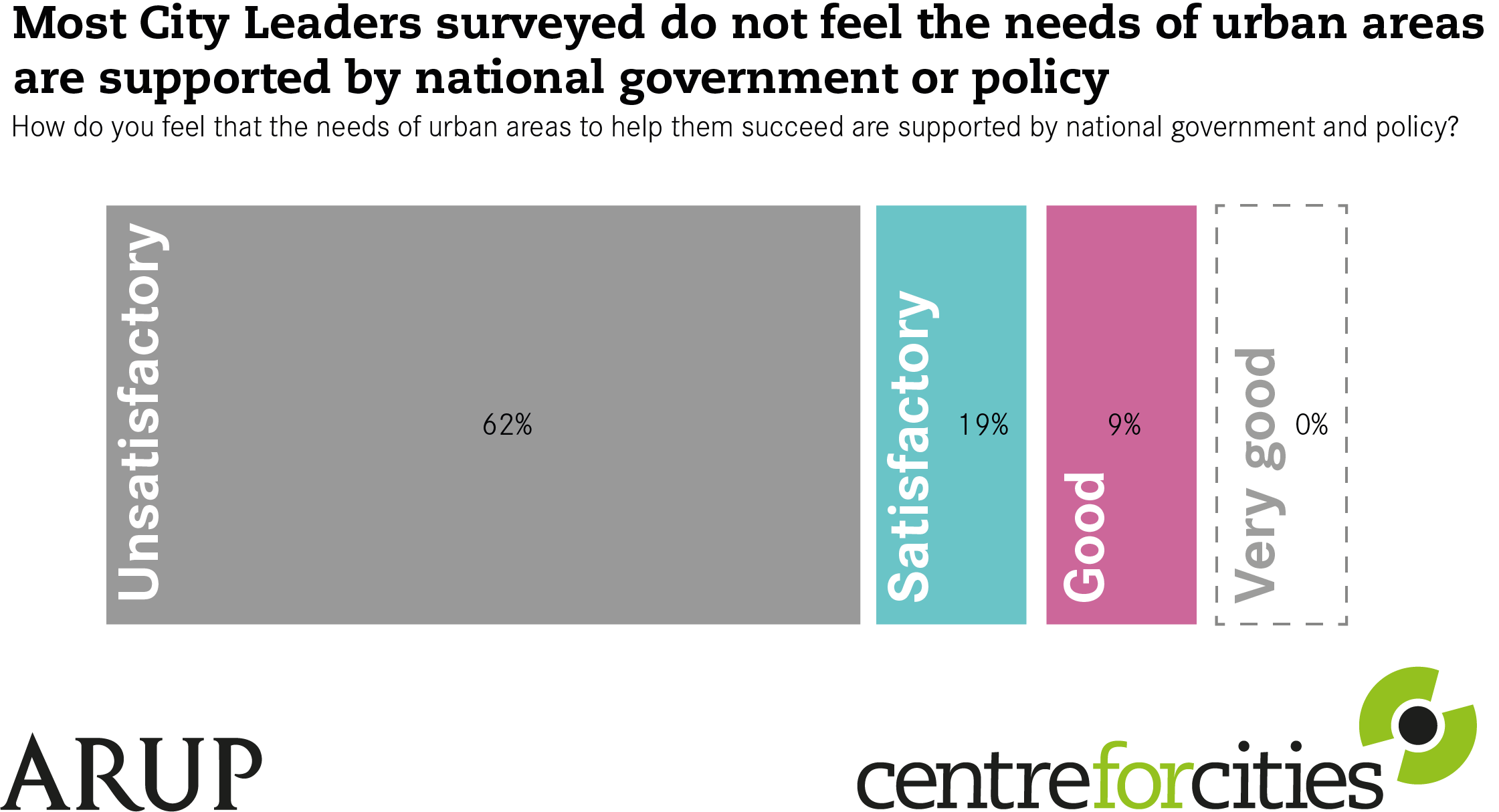 Almost two-thirds (62 per cent) of leaders thought urban areas have insufficient support from the national government. Only 19 per cent of respondents said they are satisfied with the national support of urban areas. No respondent felt that the support was ‘very good.’ As devolution has fallen down the political agenda, with the pressing issue of Brexit at the fore, this response may reflect this shift. 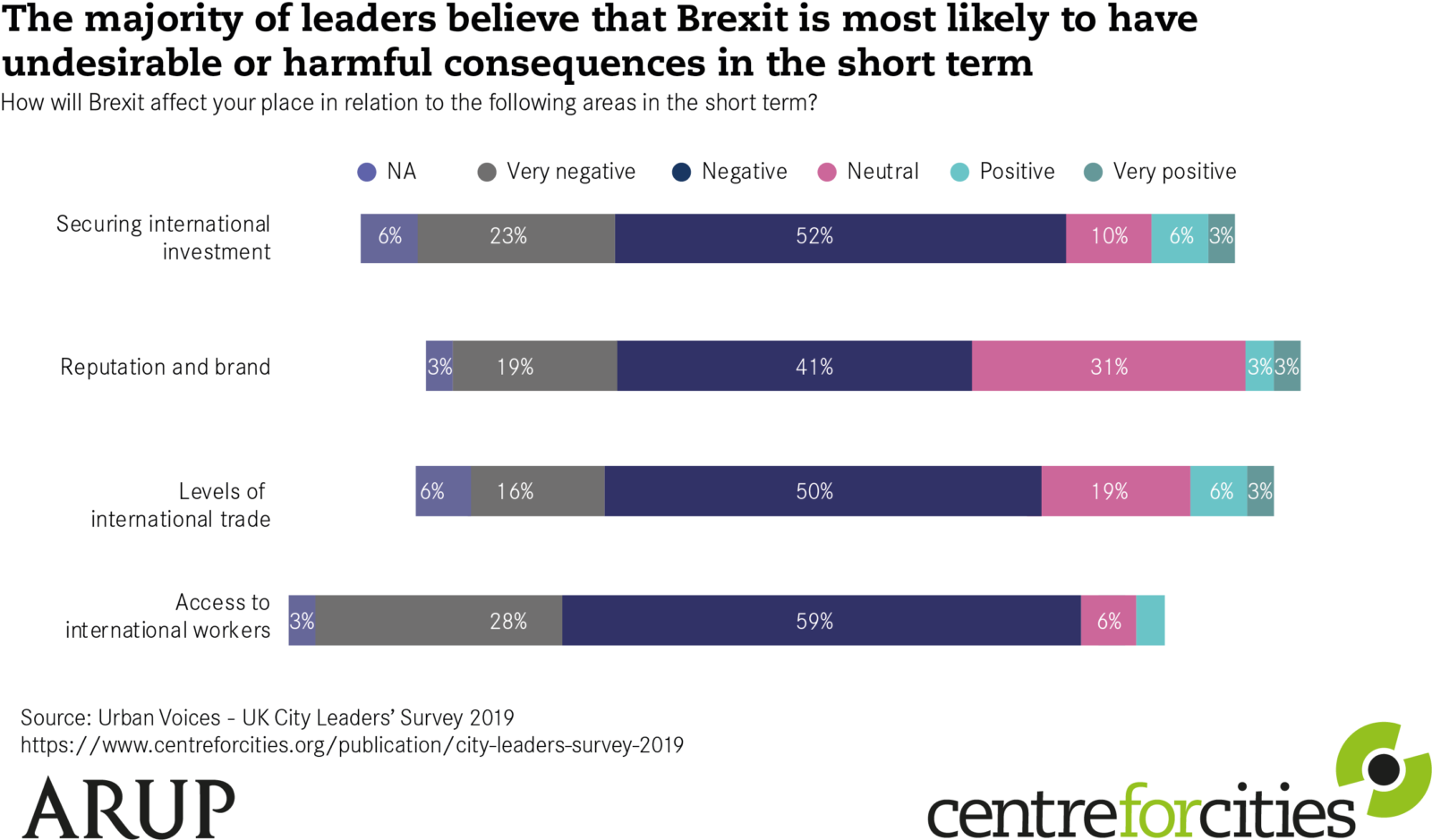 Regarding securing international investment, three quarters (75 per cent) see this being reduced by Brexit—more than one-half (52 per cent) of city leader respendents see a negative effect and 23 per cent a very negative effect. The picture seems more mixed for both levels of international trade and reputation and brand.

While the majority of respondents fear negative consequences of Brexit on those four economic areas, some believe Brexit will have either a positive or very positive effect in the short term. However, no respondent said Brexit will be very positive for their access to international workers.

The impact of digital platforms and the sharing economy have affected how people live in, visit and get around UK cities. The survey asked city leaders’ views on the effects of some of these digital platforms.

Taxi-hailing apps were most positively regarded among tech platforms which are changing cities, while apps for holiday and short-term letting were seen most negatively. Almost half (47 per cent) of the leaders thought that platforms such as Uber and Lyft had a positive effect on their cities. But only one in eight (13 per cent) respondents reported positive effects of platforms such as AirBnB and HomeAway. However, platforms for holiday and short-term letting were also the category that received the most neutral answers (52 per cent), perhaps reflecting how holiday lets tend to be concentrated in specific cities.

Although active transport sharing platforms were regarded positively, 42 per cent of city leaders reported that this is not applicable/available in their city, highlighting how limited rollout has been across the country and within cities. Importantly, of those which do have them, there were no negative responses, and two-thirds saw active transport sharing platforms as having a positive impact.