City leaders play an important role in deciding how the city’s funds are spent. 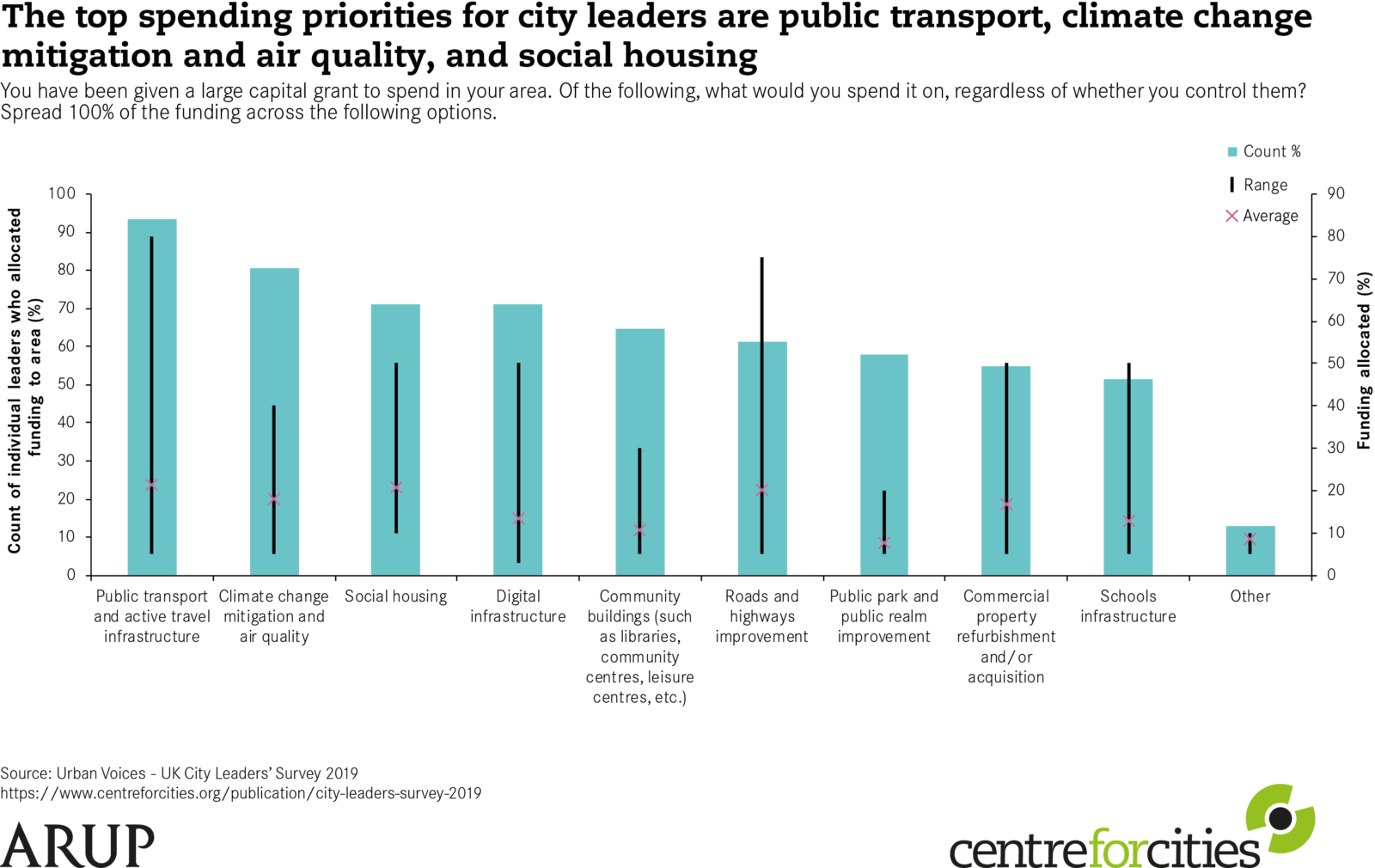 We asked city leaders to allocate a hypothetical grant to a range of possible interventions. Public transport, climate change mitigation and social housing are seen as the most urgent spending priorities. Almost every respondent (94 per cent) allocated money to public transport and active travel when asked to distribute this fictitious grant. This year, 71 per cent of respondents selected social housing, indicating, that this remained a priority.

In addition to being the most cited intervention area, public transport received the highest allocation of funds on average (25 per cent). However, there was significant variation. While some leaders allocated up to 80 per cent of the grant to public transport, making it a great priority, others decided to only allocate five per cent.

This year, road and highway improvement was chosen by fewer respondents (61 per cent) than last year (68 per cent), and respondents who chose this option allocated on average less money to it. Despite this, the allocated grant varied from as much as 5 per cent to 75 per cent with an average of 20 per cent.

In last year’s survey, most respondents allocated some of the grant to social housing (82 per cent), giving it the highest funding priority, while environmental resilience and air quality ranked fifth.