01Do businesses feel they will benefit from devolution?

This indicates that the majority of businesses see local governments as better able to make more effective decisions to deliver major local infrastructure projects or housing developments than national government. It may also reflect a sense – expressed in some of the roundtables – that businesses will have a greater ability to influence priorities for their area if more power is held at the local level. While it is unlikely that most local business leaders could meet and make their case to ministers and Whitehall civil servants for particular investments, such as an upgraded motorway junction or more housing in their area, in our roundtables some participants commented that they felt their views were more likely to be heard by local leaders or a directly elected mayor.

Businesses were also broadly supportive of local tax-raising powers. When asked about giving their local political leaders the ability to vary or hold on to more local taxes, while the level of business support did fall, firms remained positive about doing so. 43 per cent thought that giving local government more power to vary local taxes (such as council tax, business rates and stamp duty) would benefit them, against 28 per cent who would prefer local government to have less power in this area. When asked about giving local government more powers to retain taxes raised locally, again 43 per cent felt that they would benefit from this, against 25 per cent who did not.

Figure 1: “Do you think your business would benefit if the local government had more or less power over the following areas?” 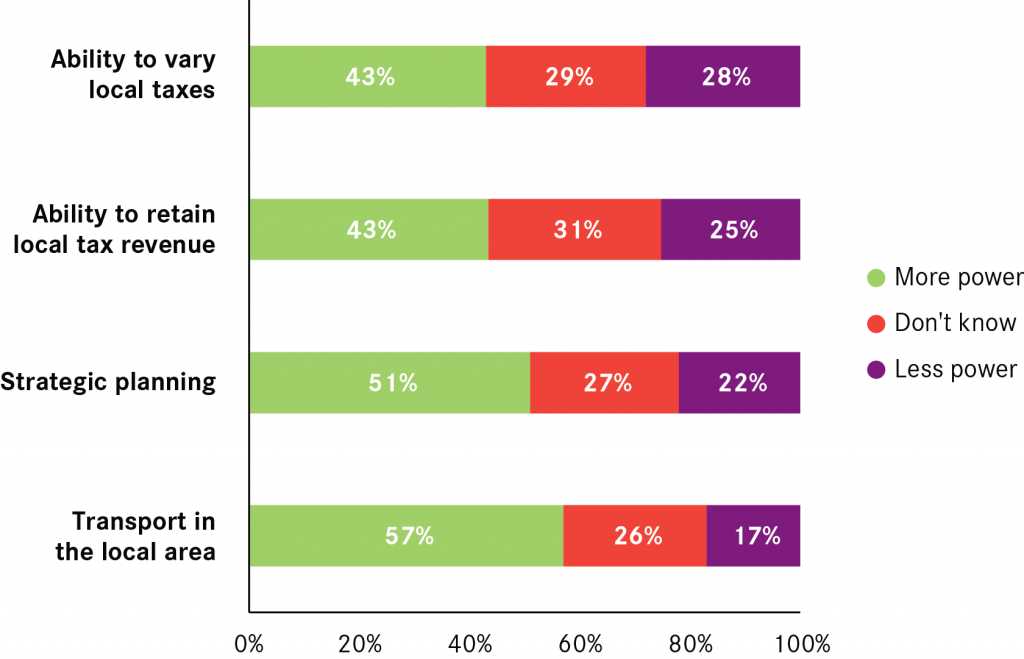 Within city-regions, private sector views vary according to the particular circumstances that those cities face. For example, firms polled in the West of England were much keener on greater local powers over transport and housing investment than local tax-raising powers, whereas firms polled in Greater Manchester and Greater Birmingham supported greater local control over all of these powers.

These variations were largely reflected during the roundtable discussions held in each of these places. For example, in Bristol businesses felt that housing and planning must be the priority for the economy and therefore more local control over where and what sort of housing and developments could be built were seen as essential.

In Birmingham, the focus was on alleviating transport pressures and using public assets more efficiently. In Manchester businesses were very positive about more powers being devolved, but there were concerns over the ground-breaking devolution of health budgets given their magnitude, and possible limited local capacity and institutional inexperience. In Glasgow, business leaders discussed the impact that Scottish devolution could have on the city’s position relative to its English and Welsh peers. As they gain powers from Westminster, it is not certain whether Glasgow will also receive these freedoms from Holyrood, which would restrict its ability to react to its own particular circumstances.

The national polling also revealed that views on the benefits of greater local policy making don’t just vary from place to place, but according to the size of the firm too. While all firms were supportive of greater local control of strategic planning, medium-sized and large firms were more likely to be in favour than small businesses (see Figure 2).

Figure 2: “Do you think your business would benefit if the local government had more or less power over strategic planning?” 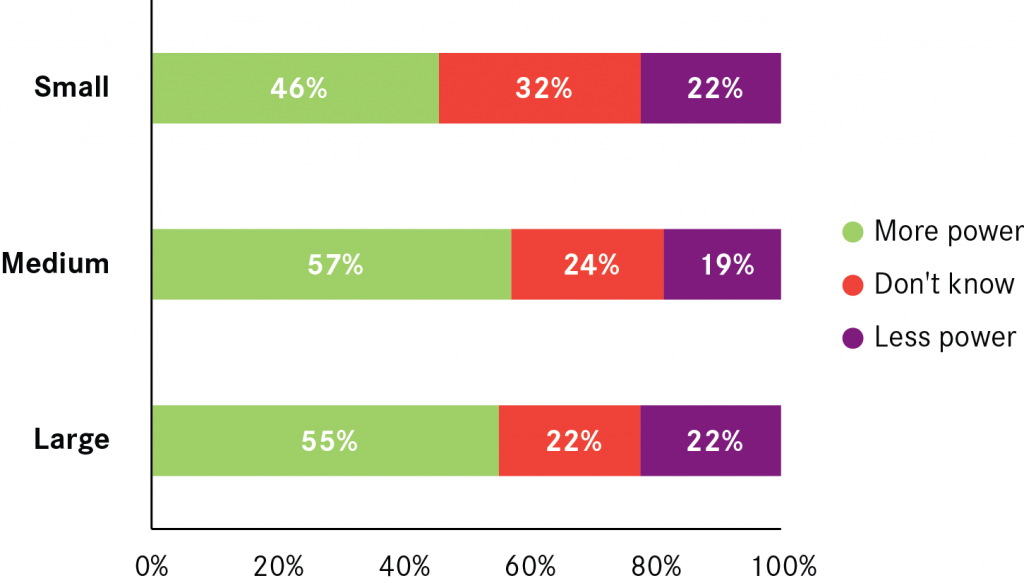 Similarly, the industry in which a business operates matters: financial and accounting firms were were less keen on transport powers than manufacturing and construction firms, for example (see Figure 3).

Figure 3: “Do you think your business would benefit if the local government had more or less power over the transport network in the local area?” 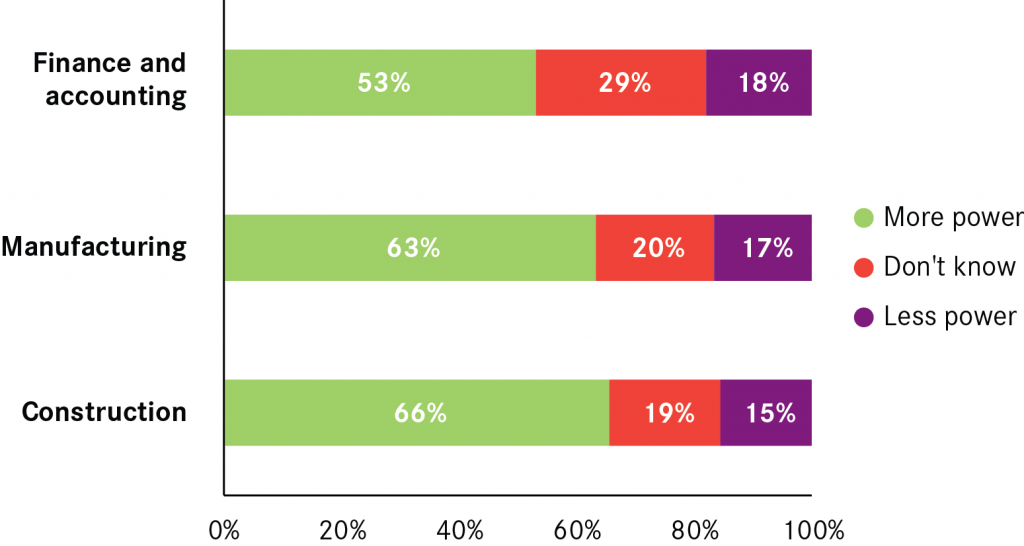