Mayors are a significant issue for debate nationally but less controversial for local businesses. The introduction of a directly elected mayor at the city-region level is a pre-condition of any substantial devolution deal from the Government. Yet in the national poll, while respondents who thought a mayor would be an advantage to their business (23 per cent) outnumbered those who thought that it would be a disadvantage (15 per cent), more than half of businesses polled (55 per cent) thought that having a mayor would make no difference to them.

Interestingly, the views towards the benefits or downsides of mayors vary according to firm size. Medium-sized and large businesses were significantly more supportive of a directly elected mayor than small firms. And London businesses, who have had a Mayor since 2000, felt that a mayor was an advantage by 40 per cent, compared with 9 per cent that felt it was a disadvantage (see Figure 4). This could mean that as other cities adopt similar models, attitudes towards mayors may improve as the benefits of more directly accountable strategic leadership are felt.

In our local surveys, there was also general support for the introduction of mayors: a majority of firms in Greater Manchester, and a near-majority in Greater Birmingham saw a powerful combined authority led by a mayor as positive. In our West of England survey centred around Bristol (one of the few cities to vote for a mayor in a the 2012 referenda), support for a more powerful combined authority stood at 43 per cent, with only 12 per cent of business leaders thinking this would be negative.

Figure 4: “Overall, do you think that having an elected Mayor in the area your business is mainly based would be / is an advantage or disadvantage for your business?” 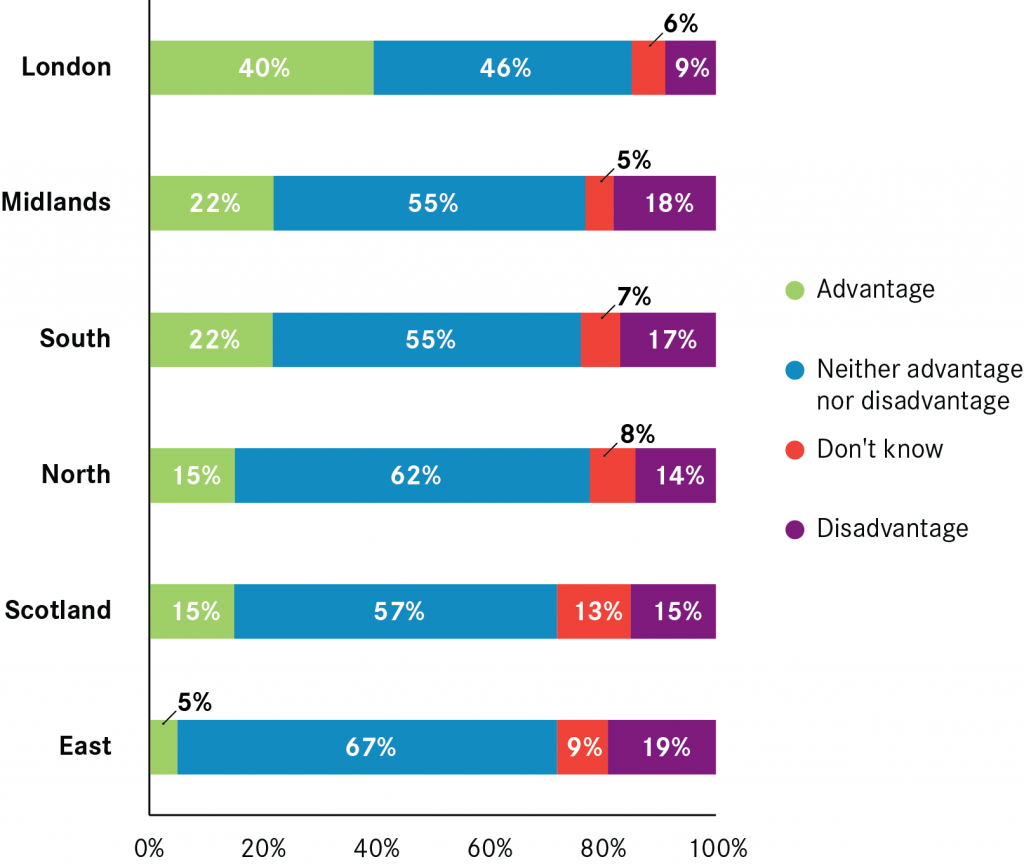 Participants in the city roundtable discussions offered differing views as to what the advantages and drawbacks of the mayoral model were. In Birmingham and Bristol, a mayor was seen as a figure who could ‘sell’ the city to investors and businesses, as well as a central point of contact for both Whitehall and businesses. In Manchester business leaders suggested decisions will be made more efficiently with devolution, as it is simpler to get ‘all the right people in the room’ where they would be ‘speaking the same language’. Bristol businesses also felt that a mayor might provide the leadership and geography to break the local political stalemate on housing delivery – the area’s priority for business growth.