One of the things we often hear is that cities need to focus on keeping hold of the graduates that their universities produce, stemming a brain drain away from the city once they have graduated.

Of course, boosting the number of graduates in a city should be a goal of economic policy. But the graduate retention figure isn’t all that is seems, and focusing on it can be misleading.

Graduate retention rates are the result of a number of factors, not just cities’ attractiveness to high-skilled workers, and having low retention rates might not necessarily be a negative sign for cities.

As the chart below shows, cities with a higher graduate retention rate are more likely to recruit their students locally. This helps explain what might otherwise be surprising about the relatively low retention rates for cities like Oxford and Cambridge and the higher rates in Middlesbrough and Bradford. Indeed, the prestige of Oxbridge spreads far and wide, resulting in these – and Russell Group universities more in general – attracting the best and brightest from across the country and internationally. That their graduate retention rates are low says more about the type of students they attract rather than the success of the cities they are based in. 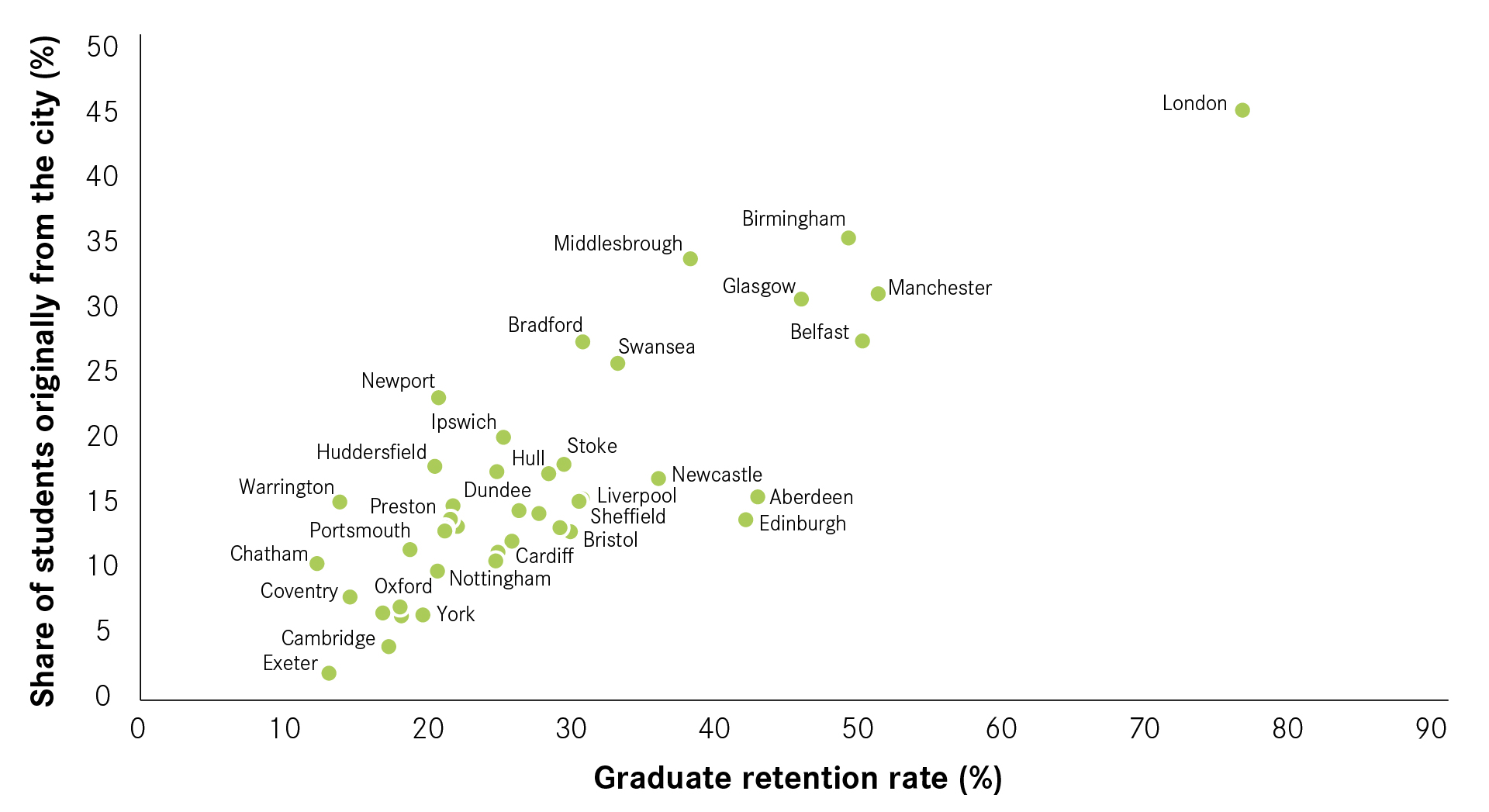 If cities are to increase their number of high-skilled workers, they should focus both on attracting and retaining graduates.

As our research shows, in most cities, graduate retention accounts for less than 50 per cent of all new graduates. For example, in Reading it accounts for less than 20 per cent, while the vast majority of new graduates in the city are either graduates originally from Reading who studied elsewhere and decided to move back after graduation (approximately 30 per cent), or graduates from different parts of the country who moved to the city after finishing their studies (almost 50 per cent).

Graduate location decisions are mainly driven by the availability of long-term job opportunities. And it is these opportunities that make Reading so attractive to those graduates that have had no previous connection with the city.

For this reason, narrower policies specifically targeted at graduate attraction and retention, such as wage subsidies for graduates or support for businesses, may not be the most effective tools for places to increase their number of graduates in the long term.

Rather, if cities are to attract and retain a greater number of graduates, they should focus on supporting the creation of more high-skilled, knowledge-intensive jobs, rather than narrow policies focused on graduate retention. This means intervening at a broader level with housing, transport, planning and skills policies aimed at making cities more attractive places for businesses to locate and for people to live in, irrespective of where they studied.

Myth #4: Cheap land is an asset for city economies 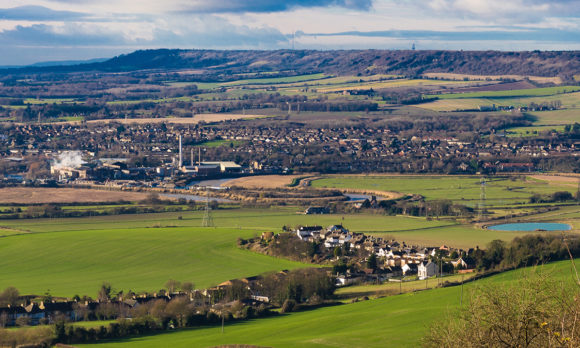