The productivity puzzle in the UK has been a source of much discussion and policy attention in recent years. This reflects the seriousness of it — without increases in productivity, we won’t see an increase in wages or the standards of living that people enjoy.

While many explanations for the cause of this have been put forward, one explanation that has caught the imagination in policy circles, in particular, is that there is a ‘long tail’ of low-productivity businesses, a rump of poorly performing companies that pull down the national average (see Figure 1). The OECD and Bank of England, in particular, have highlighted this problem, and the Chancellor has announced the Business Productivity Review to look at it, with the aim of providing a £100 billion boost to the economy. Set in slightly different terms, Labour MP Rachel Reeves has also highlighted this issue through her work on the ‘everyday economy’ and the need to improve productivity in low productivity activities. 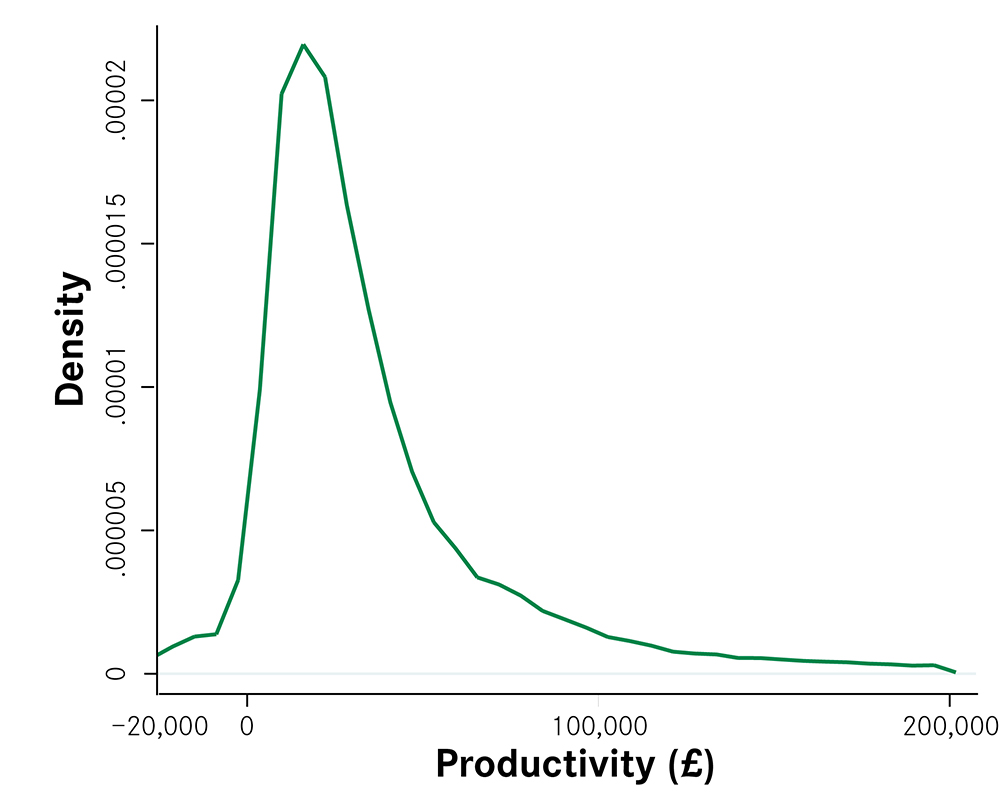 Unless otherwise specified, the data in this paper comes from the regional dataset of the ONS’ Regional Annual Business Survey, which includes the headquarters and branches of all businesses surveyed. The use of branch data sets this research apart from most other contributions to date. We note that the apportionment of output to branches within an enterprise carried out by ONS is crude due to data limitations, but looking at branches gives a better reflection of the business base at the sub-national level. The patterns shown in this report remain the same when looking at enterprise level and single plant firms.

The survey covers the non-financial business economy, excluding financial services and the public administration. In this analysis the publicly-funded activities of education and health have also been removed to look at private sector productivity only.

The data covers Great Britain, and 2015 is the latest data available.
Productivity is calculated as gross value added per worker at the branch level.