Immigration has been a political ‘hot’ topic for the past decade. It was at the heart of the debate on the Brexit referendum and is now a crucial part of negotiations with the EU. Controlling and reducing net migration continues to be one of the Government’s objectives, and, while there has been some disagreement between ministers,1 the UK-EU Future Relationship White Paper2 published in July 2018 restates that Freedom of Movement will end as the UK leaves the EU. Further details on the Government’s post-Brexit immigration policy are expected in the white paper due to be published later this year.2

The most recent data shows a drop in net migration since the referendum, following record levels in 2015 and 2016.4 This is largely attributed to the fall in net migration from the EU, which is at the lowest level since 2013. As this drop has occurred before any migration policy change, it could be seen as a sign that Britain is becoming a less attractive place to live and work, potentially as people anticipate the changes likely to be brought about by Brexit.

With the Government having committed to ‘designing a system for all parts of the UK’2, this report looks at the latest trends in migration to cities, the role that international migrants play in cities in England and Wales and the impact that reducing migration is likely to have on local economies. It focuses on migrants from other EU countries as this will be the group most affected by changes to migration policy after Brexit.6

Box 1: Cities will be most affected by changes to migration

Cities are the go-to place for migrants: in 2011, more than three-quarters of all the foreign-born population lived in cities. This reflects the economic opportunities these places provide. London alone accounts for over 41 per cent of the non-UK-born population living in England and Wales. A similar pattern is identifiable among the EU population: in the same year, more than two-thirds of EU migrants in England and Wales located in cities, with London accounting for more than a third as shown in Figure 1. 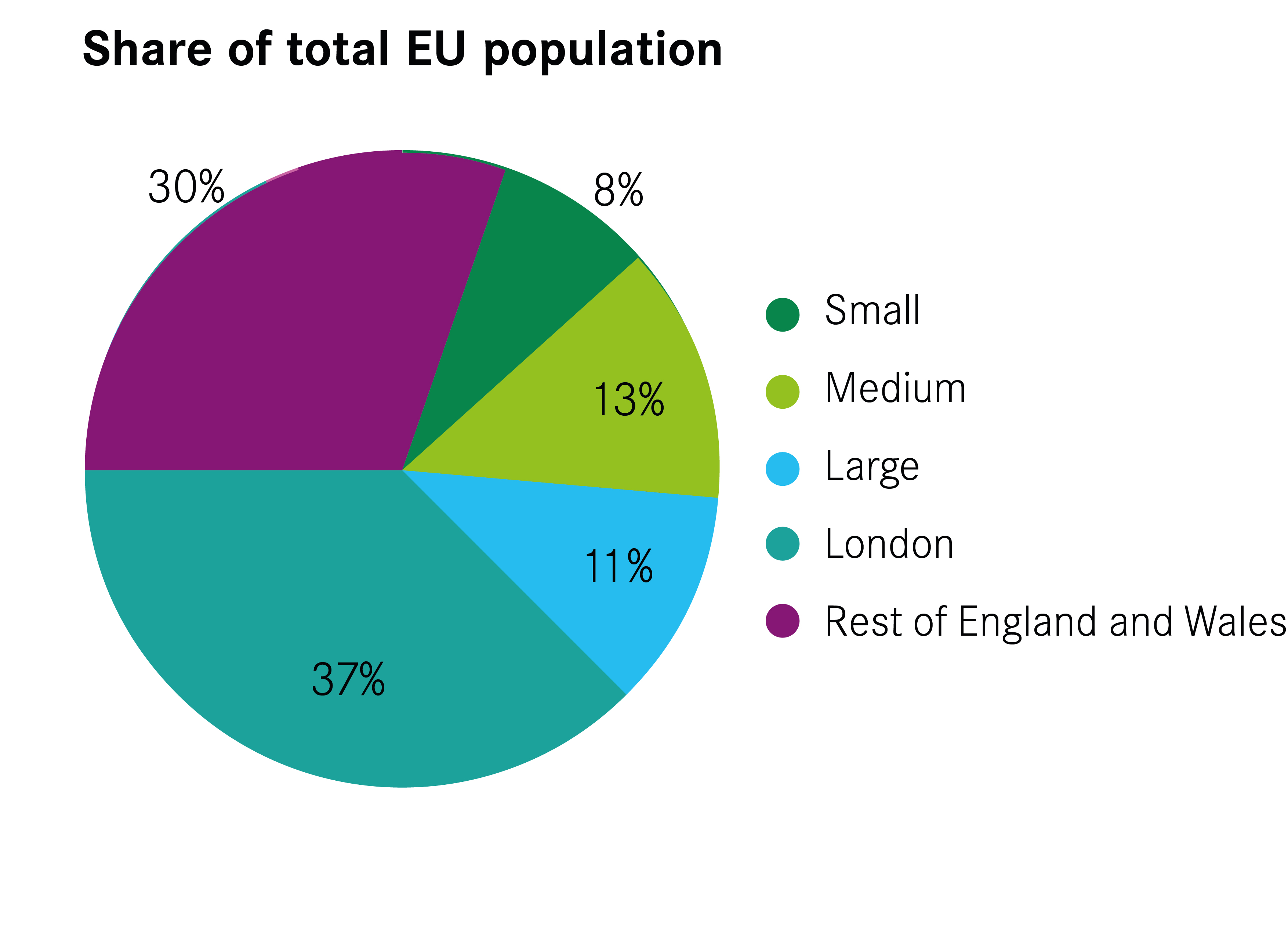 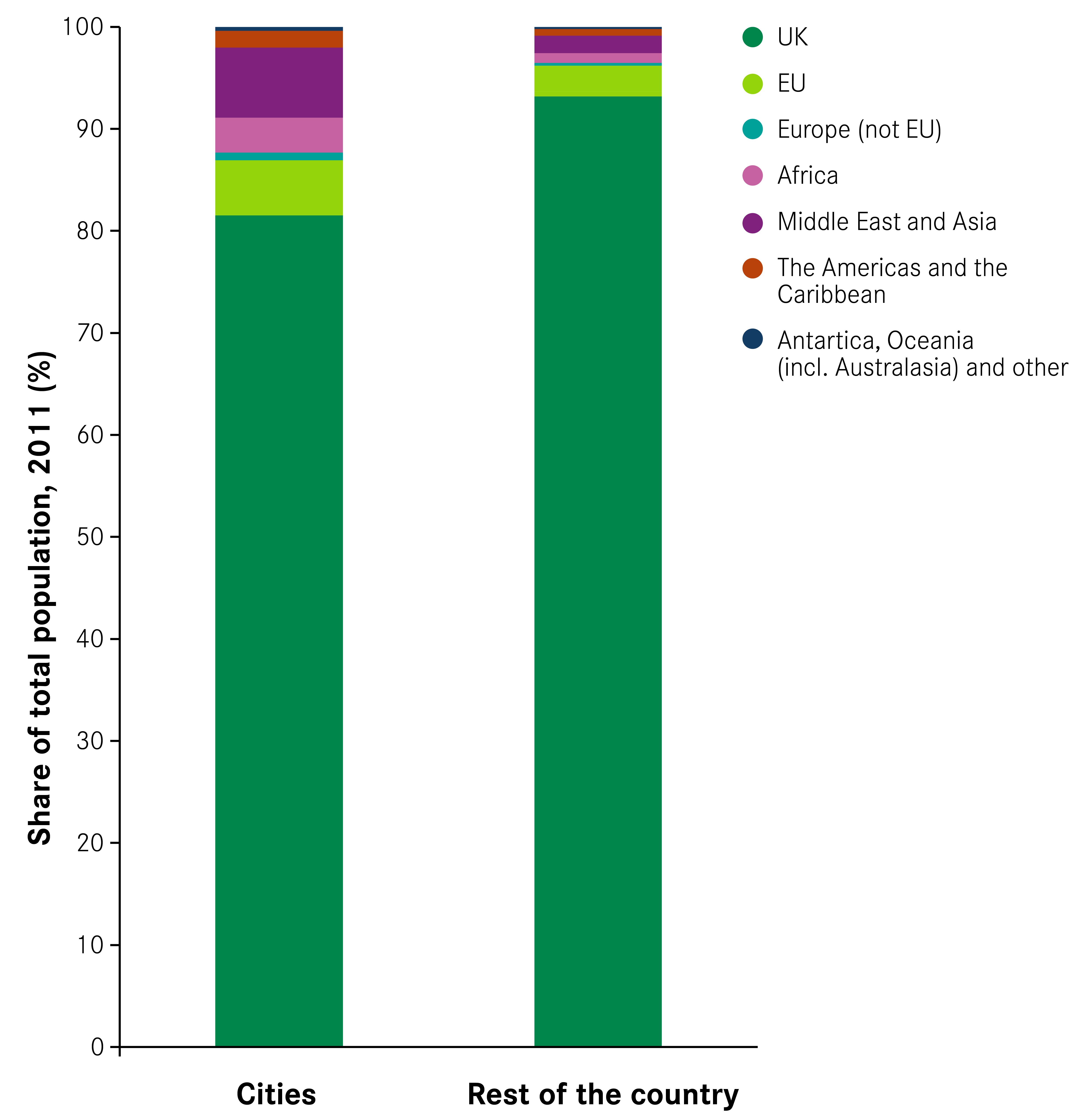