In the context of Brexit negotiations, leaders were asked to choose the areas that they would most like to have more of a say over after Brexit. In this scenario, leaders were able to choose as many or as few of the options listed as they wanted.10

Figure 16: Ahead of the UK’s exit from the European Union, this question refers to the policy areas where you would like to see more local contribution or control. For which areas would you like to have more say over with regards to Brexit for your city? (Please tick any that apply) 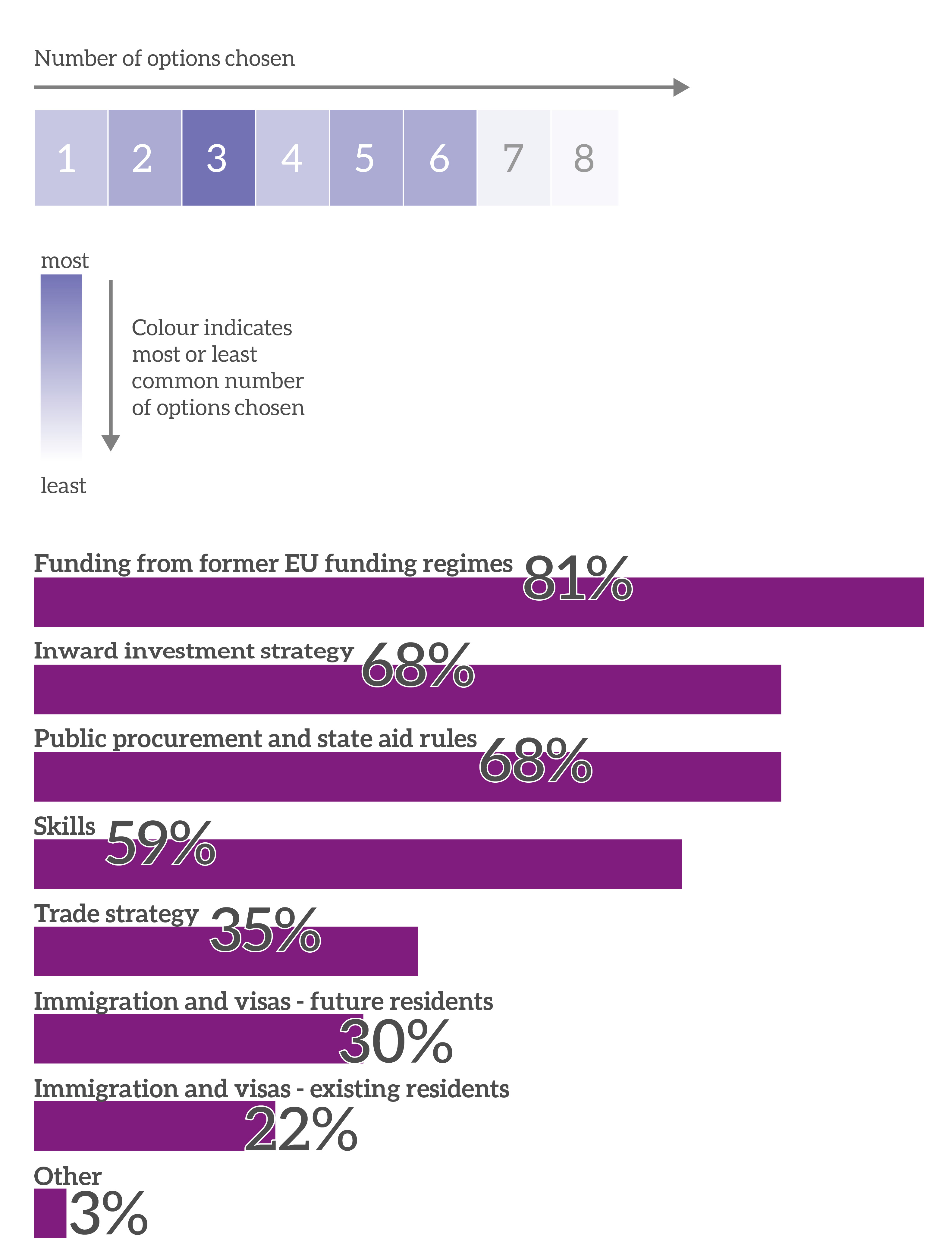 Of the options given to leaders in this question, nothing was left out and more than a third of leaders chose five or more of the eight options (which included an ‘other’).  Those leaders that tended to choose more options represented smaller or non-English cities. Similarly, these cities tended to have weaker economies (as measured by GVA).

More than one-half of leaders (54 per cent) chose three options or fewer, with three selections being the most likely number (27 per cent).

Over two-thirds of participants (68 per cent) wanted a say over inward investment strategies and 35 per cent of all respondents chose trade strategies. Looking at individual responses from the leaders, 73 per cent chose either or both of these categories, which together refer to the business environment. These responses did not relate to overall growth patterns or dominance of sectors such as manufacturing in those cities.11

Under two thirds (59 per cent) of all surveyed wanted a say over skills and when looking at the individual responses 76 per cent of those surveyed wanted some level of control over their workforce after Brexit (this refers to all respondents who wanted more control over either their skills policy or immigration, or both).