Encouraging leaders to name their economic policy priorities and how they would address them offered a set of definitive actions. Yet when asked to set out the immediate pressures they are faced with on a daily basis, some challenges of economic growth such as adult education, appear secondary to other areas of service delivery. Leaders were asked to select up to three public services which were under the most pressure in their area.

Figure 8: When delivering effective public services in your area, which of the following are under most pressure, if any? (Please select up to three) 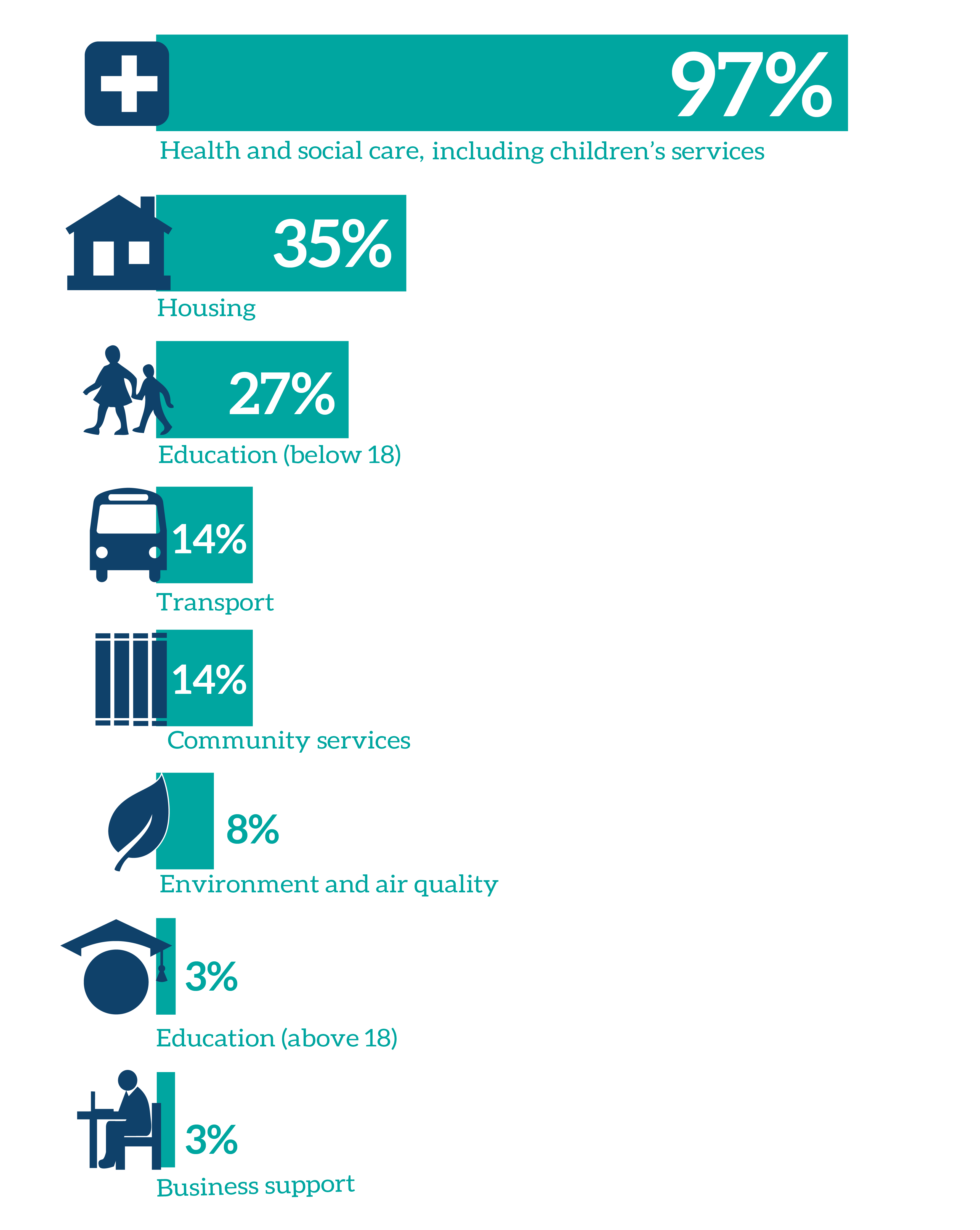 Health and social care was chosen by almost every leader (97 per cent) as one of the three services under the most pressure in their area. The other services selected tended to reflect the policy priorities in Section 1.

Over a third (35 per cent) chose housing as a service under pressure, and a little over a quarter (27 per cent) identified education for under-18s.

Two services emerged as being under less pressure than the others listed: business support and over-18s education were each identified by only one leader. No service was left un-selected.

The kinds of challenges leaders face when delivering services tended to reflect their responses to which services were most under pressure.

Figure 9: When delivering effective public services in your area, which of the following are the biggest challenges, if any? (Please select up to three) 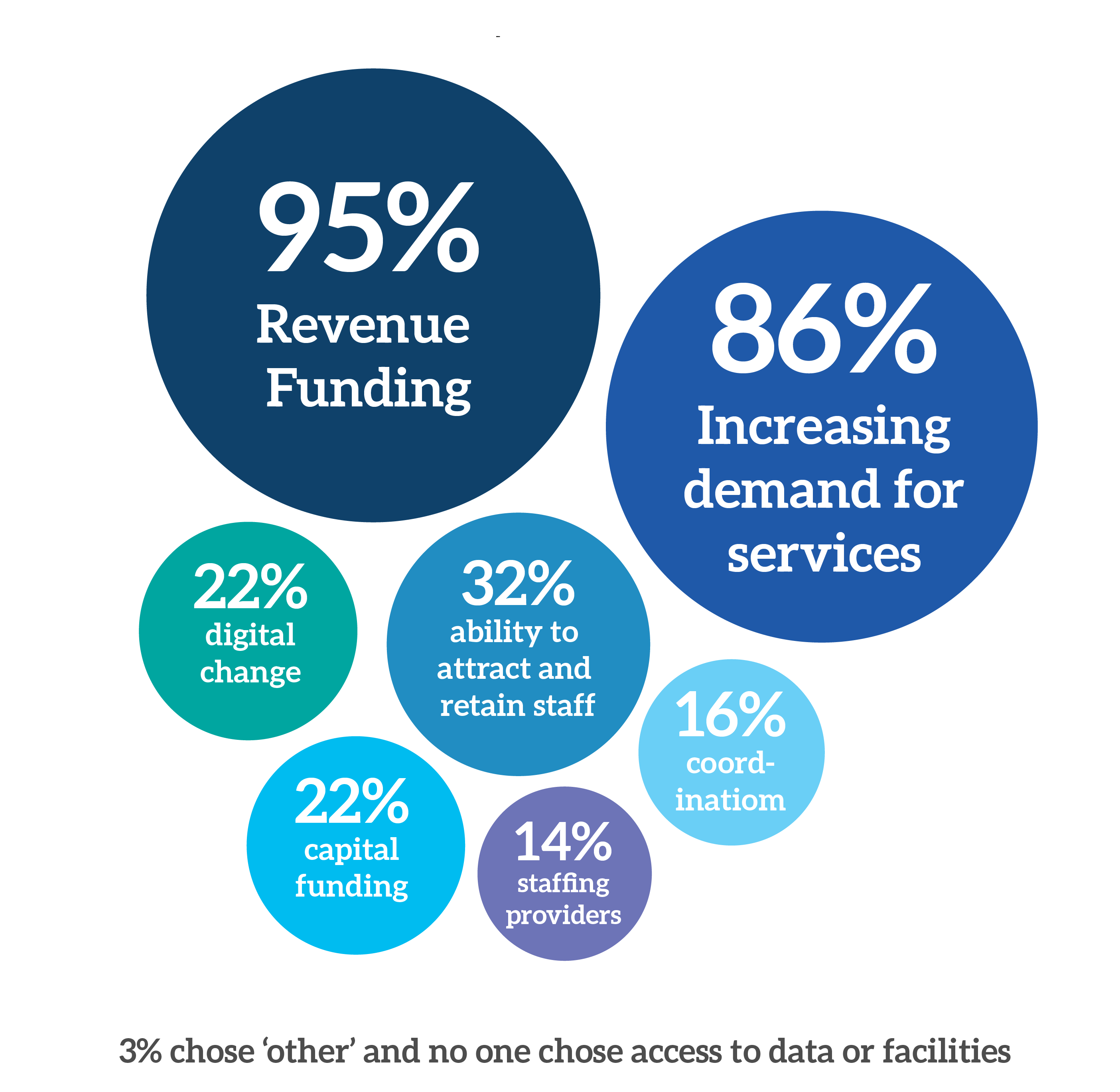 In addition, just under a third (32 per cent) of leaders also selected the ability to attract and retain good staff as a challenge, and just over a fifth (22 per cent) had concerns about digital change and transformation.

No leader identified facilities or access to data as a challenge, and coordination across departments was also relatively low (16 per cent), against the other options set out.