Leaders were asked for three short, free-text responses to the question: ‘On which three policy priorities are you currently most focused?’ 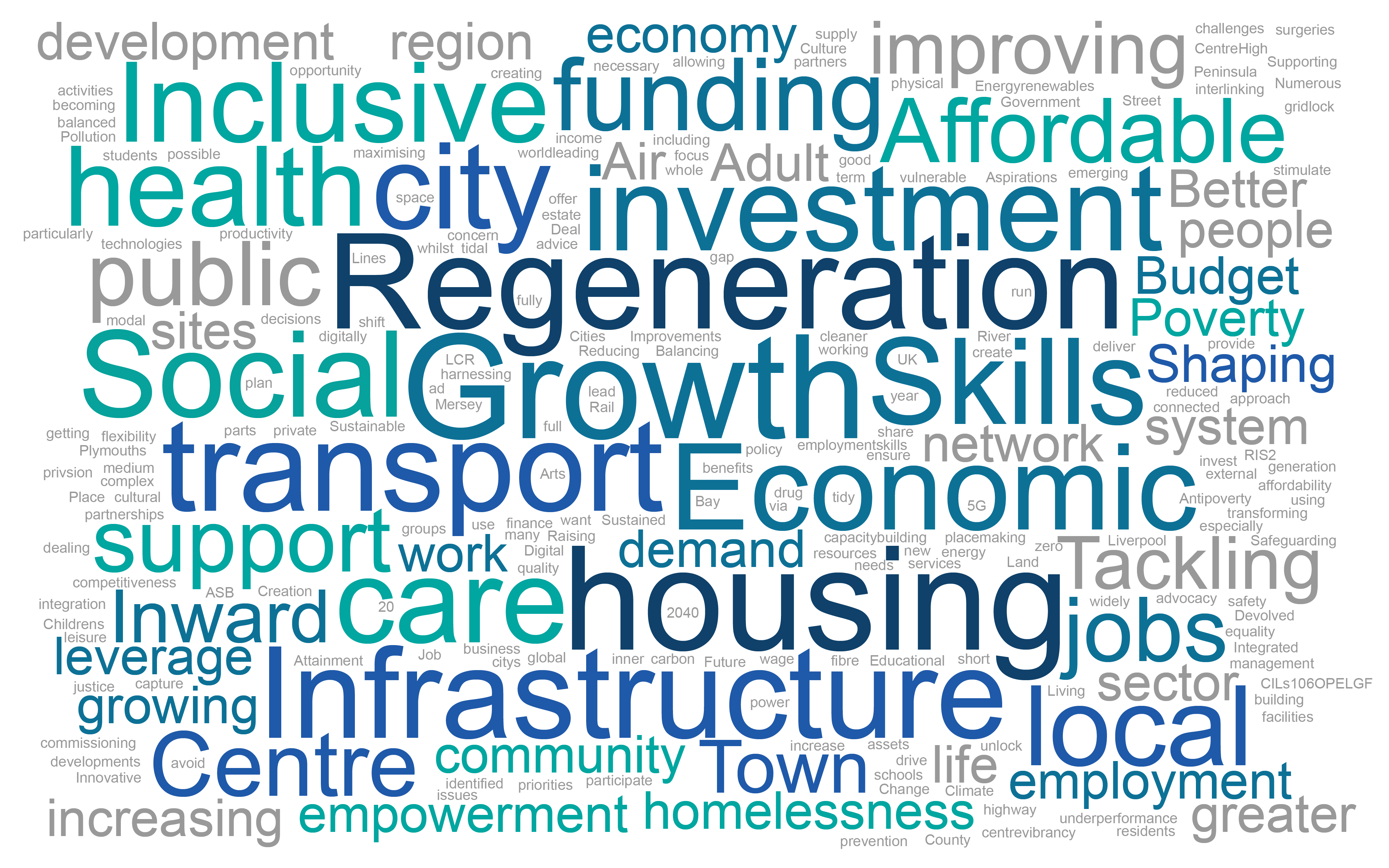 Comparing the responses with the economic data of each city showed:

Housing is a priority regardless of housing affordability. Leaders of cities with both expensive and relatively less expensive homes identified housing as one of their three priorities.4

Where economic growth was mentioned, the respondent was more likely to represent a city with a lower than the median GVA per worker.5

Places that identified inclusive growth as a priority also tended to have a higher than average proportion of low-skilled workers.

While a number of leaders identified skills as one of their policy priorities, this did not necessarily match the proportions of low-skilled people in their area.6