The goal of devolution is to pass down economic powers to the geography that people live and work their lives over. Figure 1 shows the commuting patterns between South, West, East and North Yorkshire. It reveals that there is very little movement between these areas on a daily basis, with most people working in the same city region that they live in. 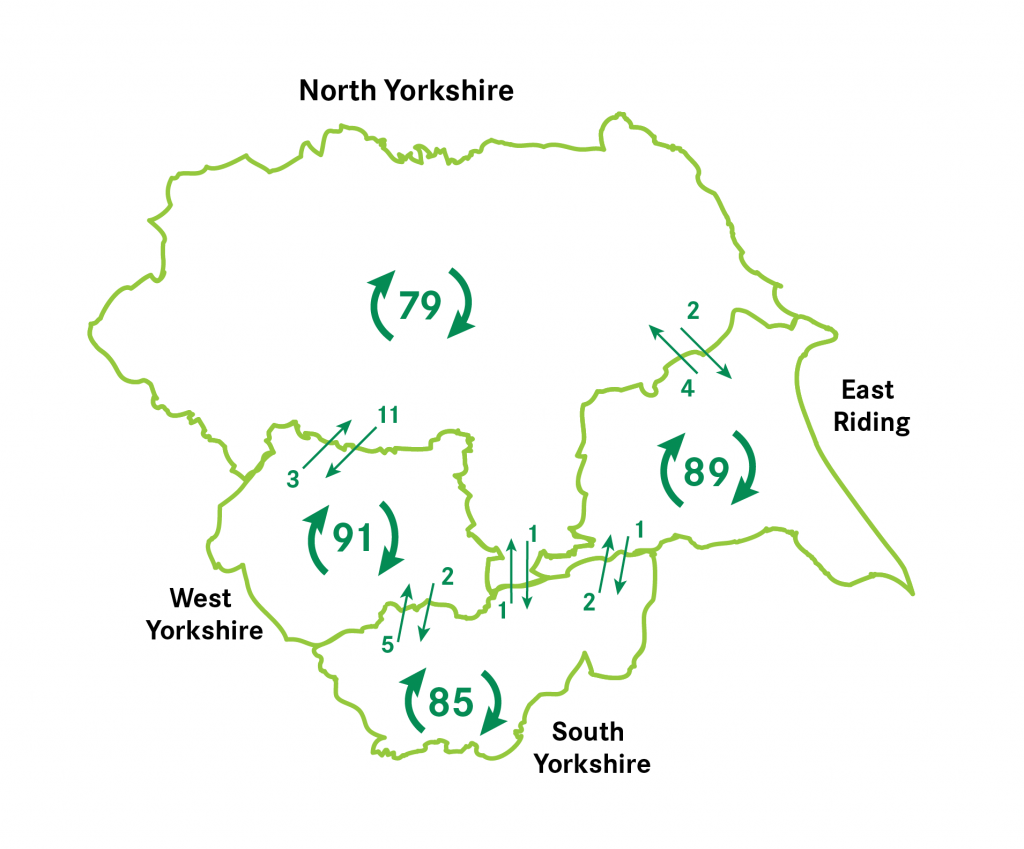 The county of Yorkshire has a very strong cultural identity. And this won’t change — sub-regional mayors won’t threaten the future of the Tour de Yorkshire, while it makes sense to continue to market the region as a whole to tourists. But it doesn’t operate as one single economy, instead being comprised of at least four separate ones.

If the devolution of economic powers is to be as effective as possible at creating more and better jobs for the people of Yorkshire, then they have to be passed down to the level that the region’s economies operate over. If not then we risk moving one-size-fits-all policies made in Whitehall to similarly ill-fitting policies made at the Yorkshire level.