This section takes a detailed look at SME performance across UK cities:43

SME density (number of SMEs per 10,000 population) provides a useful indicator of a city’s economic success. Cities with a high SME density are usually strong economic performers: out of the top 10 cities for SME density, seven had the highest rate of productivity (GVA per worker in 2013). 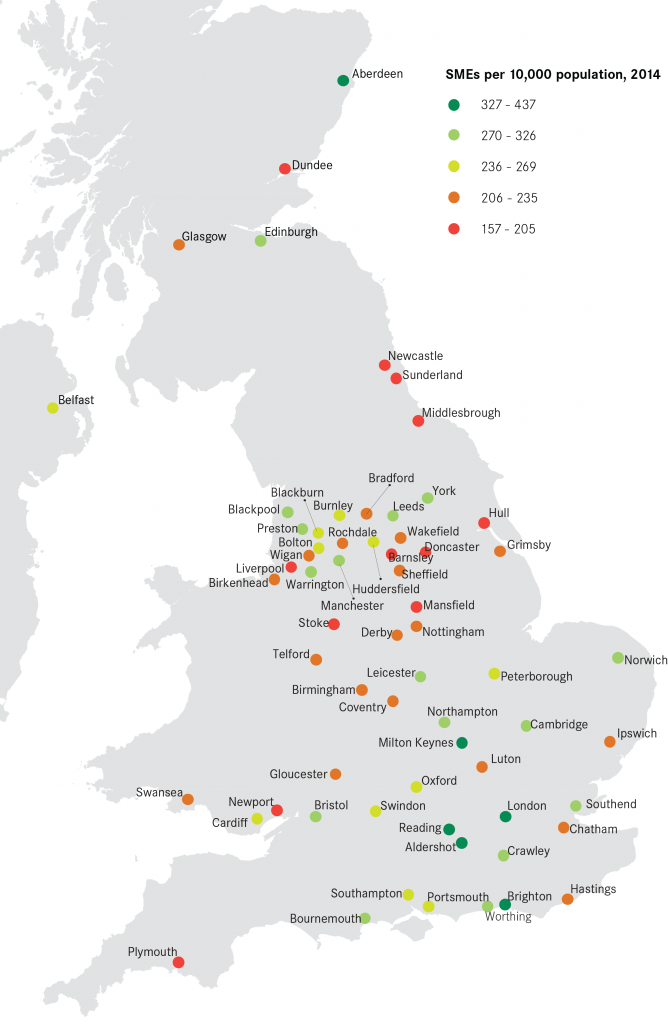 New businesses are not only a signal of economic dynamism, but they can also be an important source of job creation. 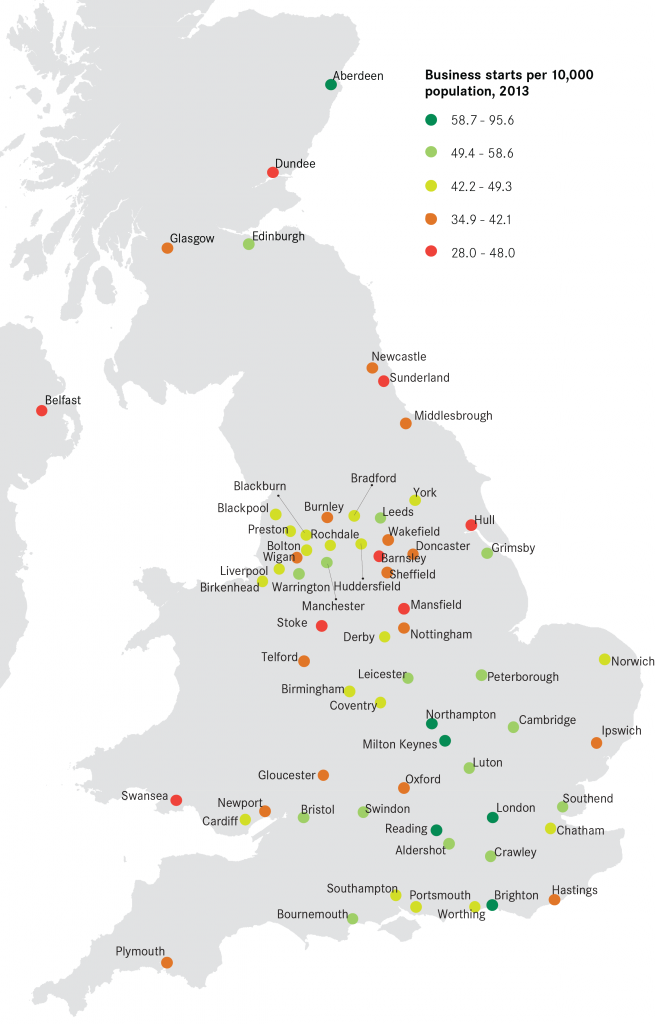 SMEs account for 60 per cent of employment in the country. Between 2011 and 2014, SMEs generated 2.1 million new jobs, with a net job growth of 1.1 million. More than half of these new jobs were located in the 64 largest cities in the country. 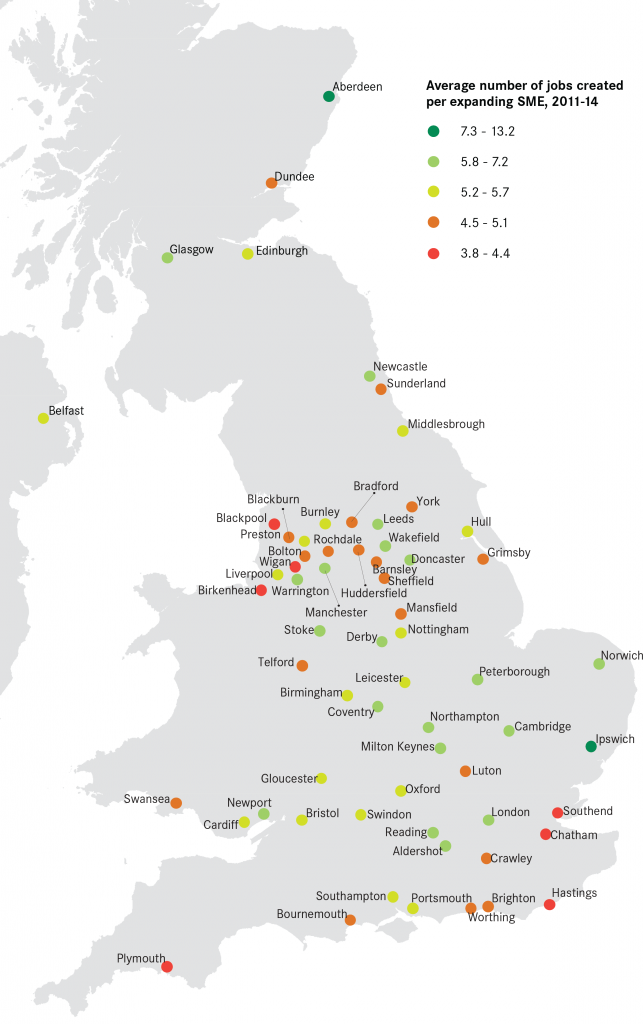 Variation by sector and size 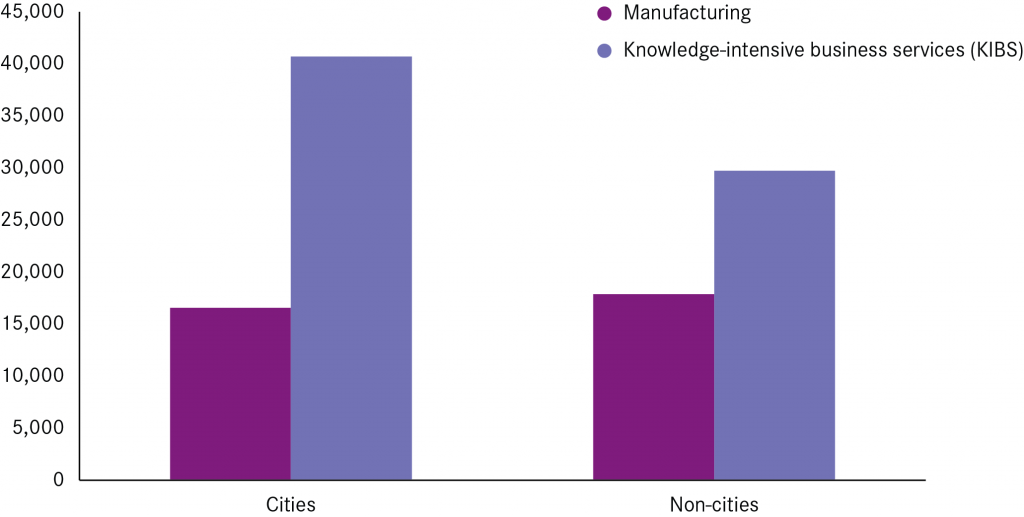 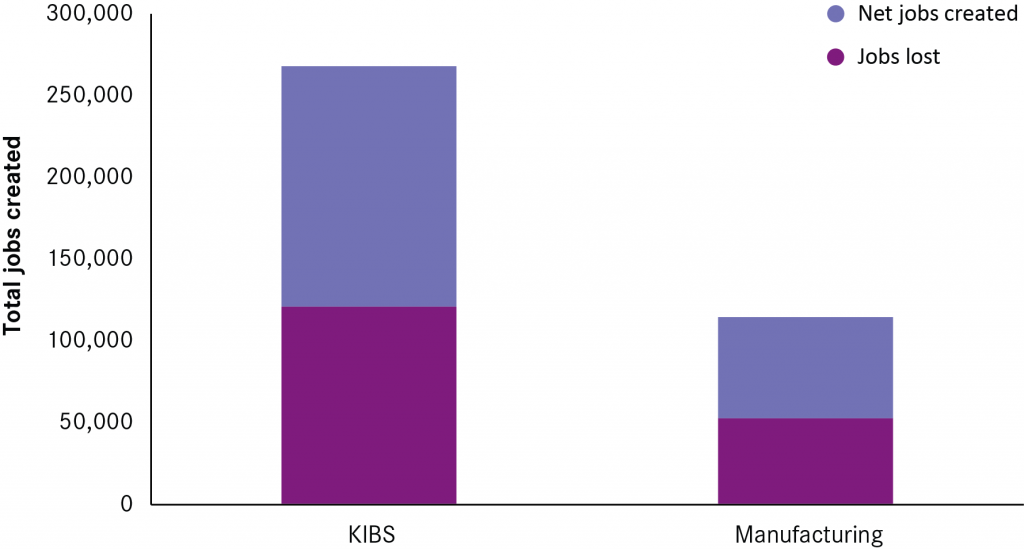 High-growth SMEs are more likely to be located in cities.44 Between 2011 and 2014, six out of 10 high-growth SMEs (firms with more than 10 employees expanding their workforce by more than 50 per cent) were located in cities. Among urban SMEs with more than 10 employees, 11.8 per cent expanded the size of their workforce by more than half between 2011 and 2014. Whereas outside of the 64 largest cities, just 9.8 per cent of SMEs experienced such high growth. 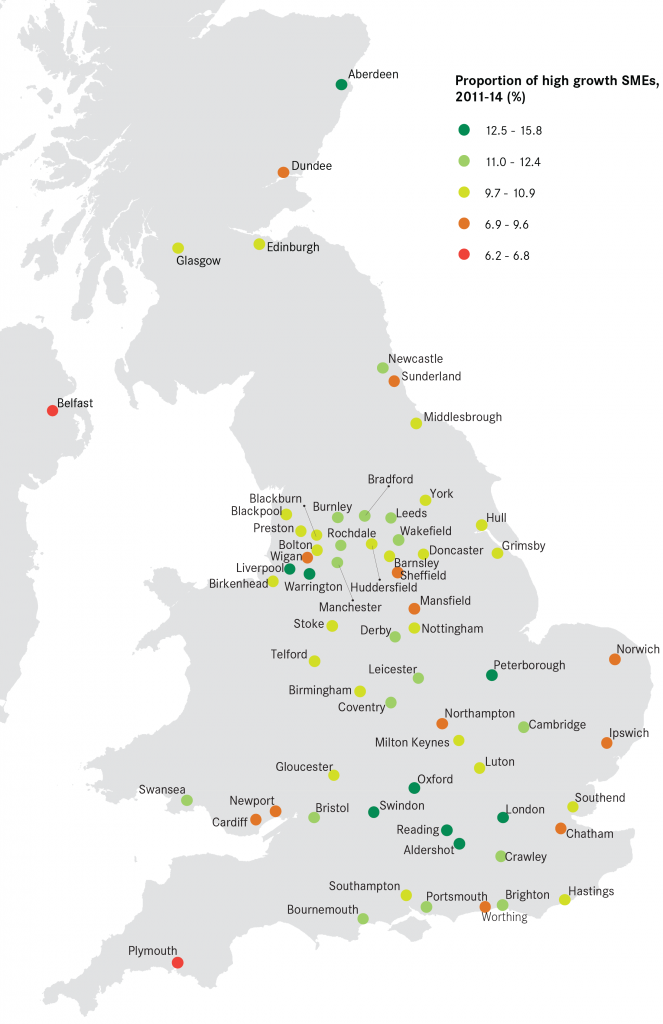 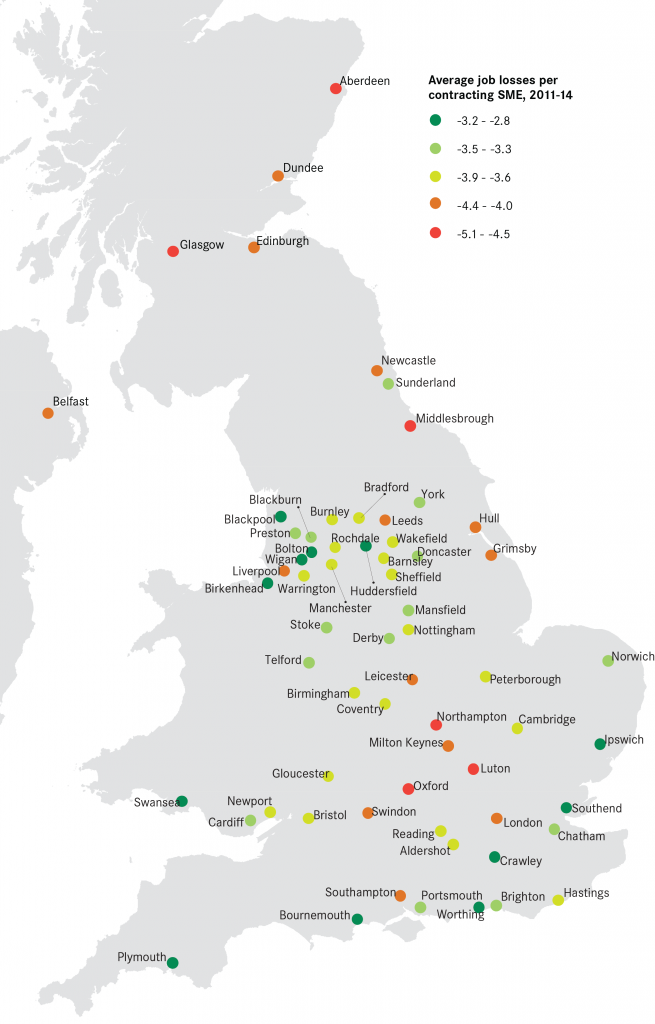 Variation by size and sector