00Why skills are important

Skills are fundamental – cities need to enlarge the skilled labour pool that they offer to businesses, which can be achieved through both skills and transport policy.

Skills is one of the best predictors of economic performance. High-skilled businesses invest where they can recruit the workforce needed to help their organisations grow. As shown in the first briefing in this series, one of the great advantages that cities (potentially) offer businesses a greater degree of choice of skilled workers. There are two ways in which cities do this – by having a high share of skilled residents (measured by share of graduates), and by linking people who live in and around the city to jobs through good transport systems.1

Some cities offer a much greater choice of graduate workers than others, as shown in the following five charts. Figure 1 shows share of residents that live within a commutable distance of cities that had a degree in 2011. Cities such as Reading and Aldershot offered a very highly-skilled workforce for their businesses to recruit from, but cities such as Barnsley and Mansfield did not. And as Figure 2 shows, this appears to have had an impact on the type of jobs cities have been able to attract, with those cities with high-skilled workforces having a higher share of their jobs in high-skilled exporters.2

This has obvious read across to economic performance. As Figure 3 shows, those cities with higher-skilled workforces tended to have higher average wages and higher productivity, with the opposite trends seen between low skills, wages and productivity.

Those cities that perform poorly in the UK context also perform poorly in the European context, especially when looking at people with few or no qualifications (see Figure 4). Looking at the qualifications of residents living in cities only (so excluding their hinterlands) shows that just six British cities outperform the European city average in terms of the number of low-skilled people living in them.3

So in order to attract a greater share of business investment in high-skilled activities, addressing this skills challenge will be fundamental for cities that are currently struggling economically.

Figure 1: Share of degree holders living in and around cities 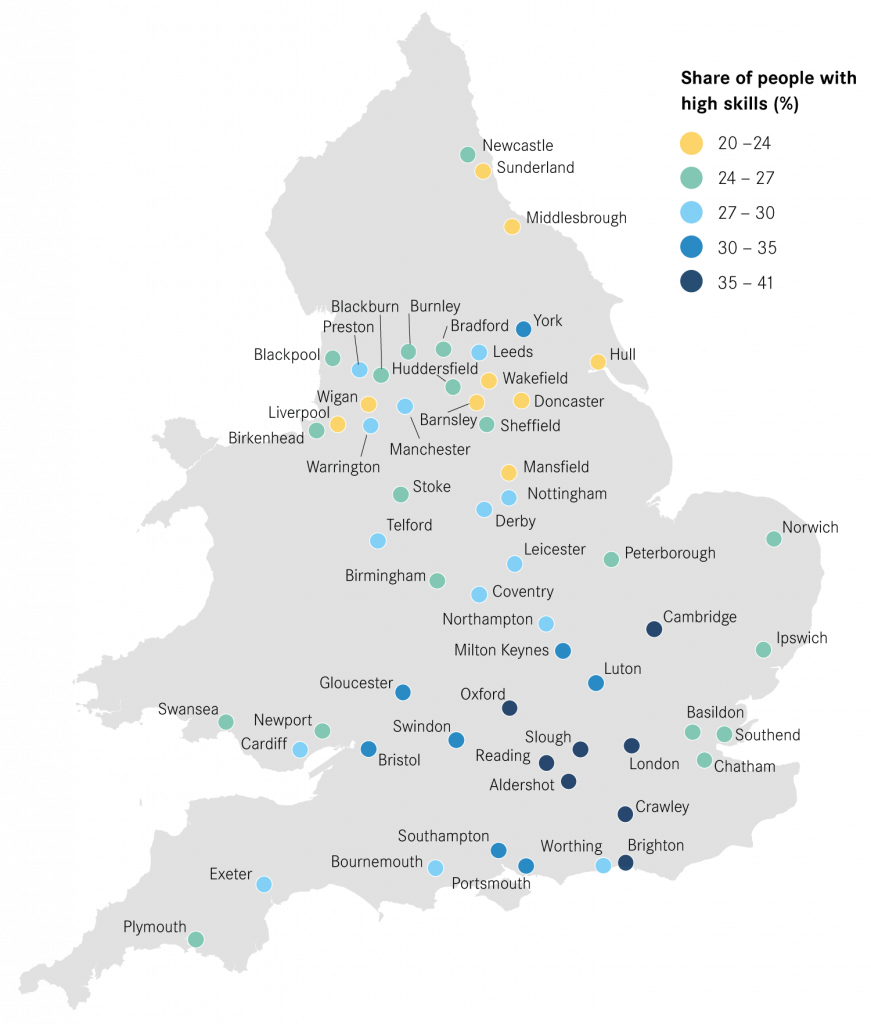 Figure 2: The relationship between degree-level skills and high-skilled exporting jobs, 2011 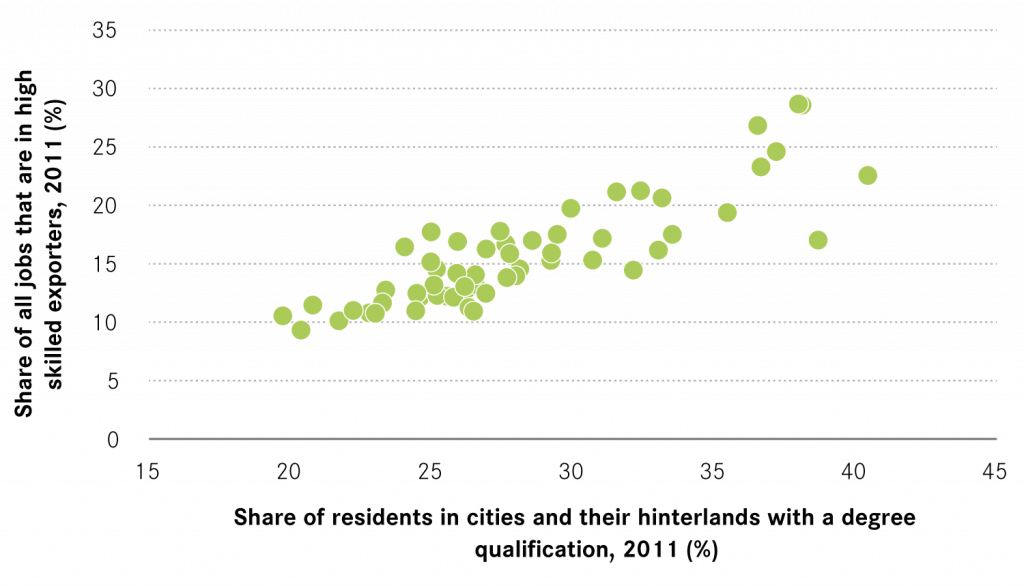 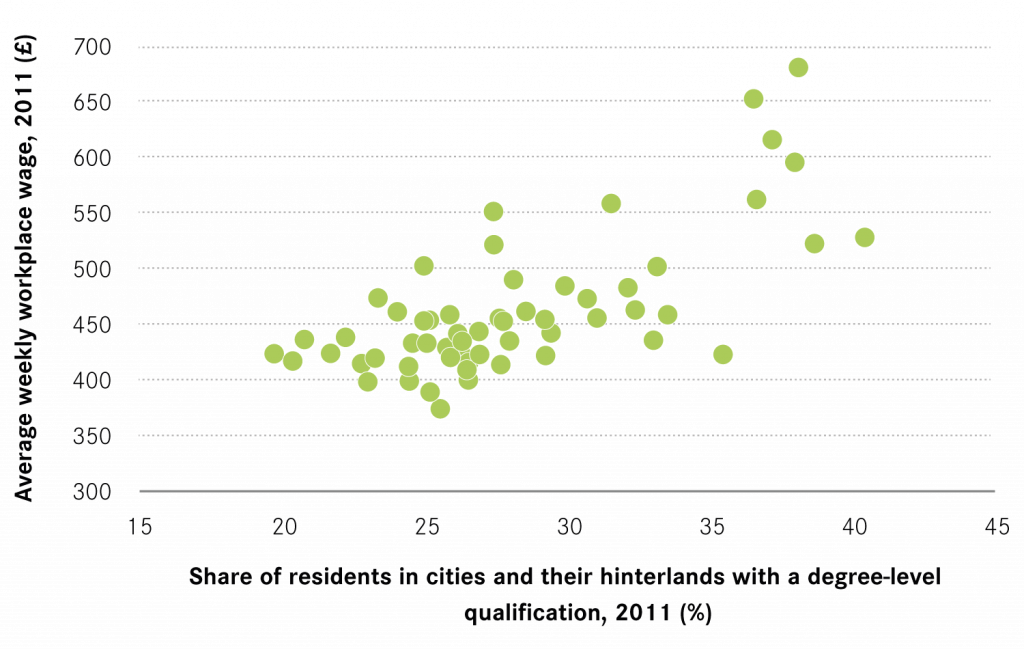 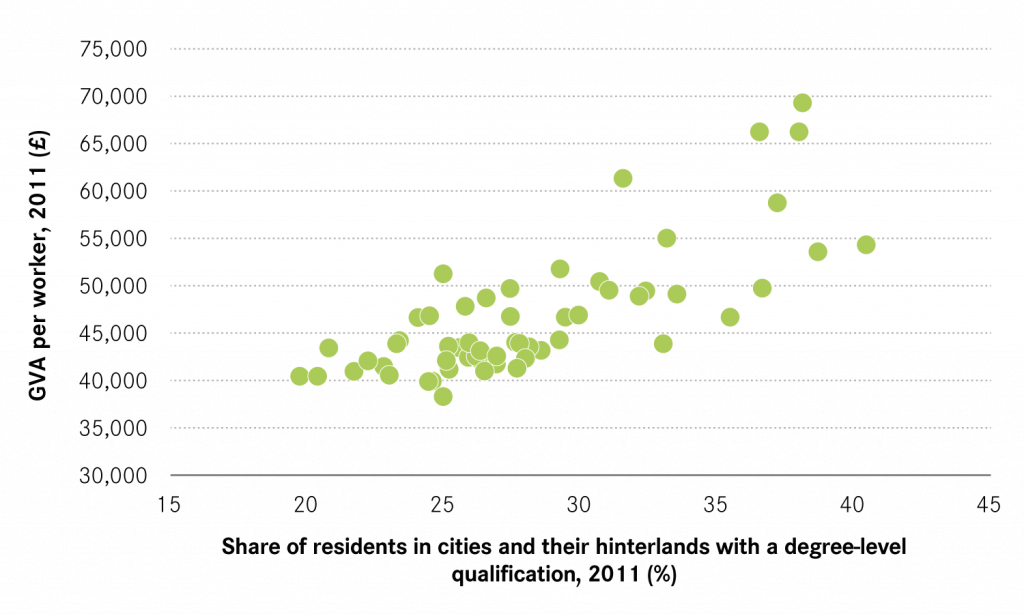 Figure 4: Share of residents with no or few qualifications in European cities 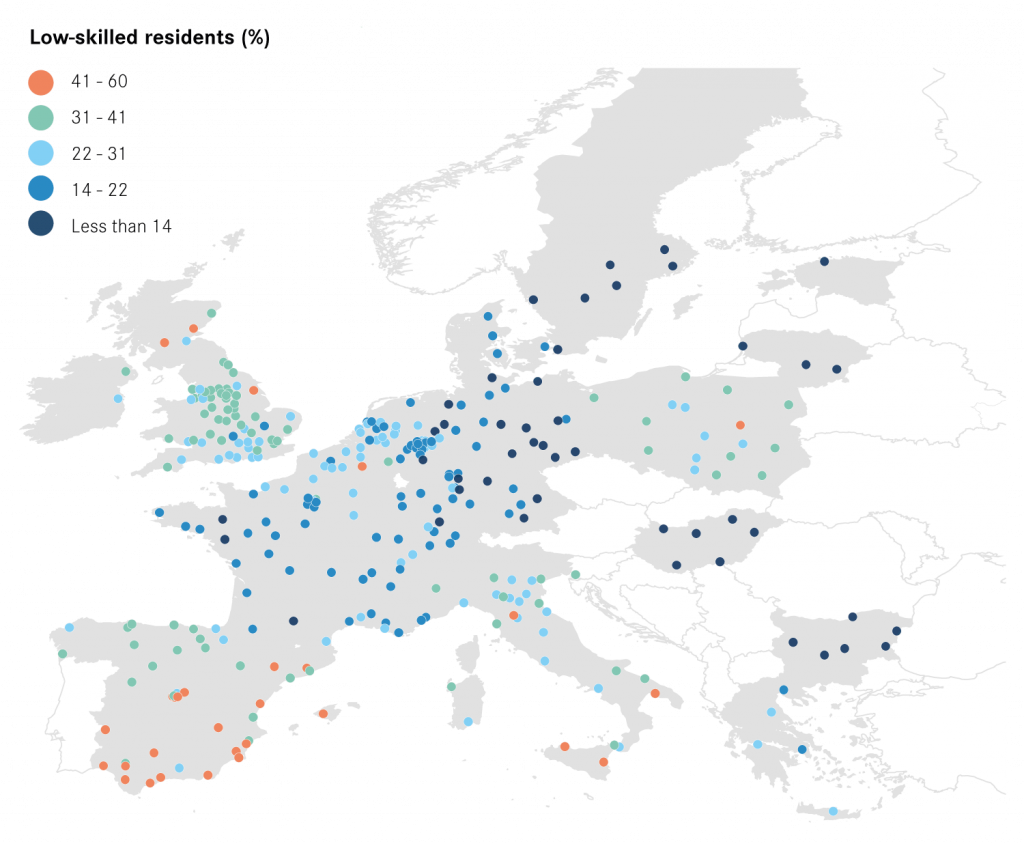