03Why are strong economies good at creating job opportunities for low-skilled people?

As this chapter will explain, the varying economic outcomes for low-skilled people are closely related to the mechanisms through which different low-skilled jobs are created.

There are two types of low-skilled private sector jobs that cities can create: those in local services, such as retail and leisure, and those in the exporting sector, such as manufacturing and logistics.

Figure 8: The composition of low-skilled jobs in cities 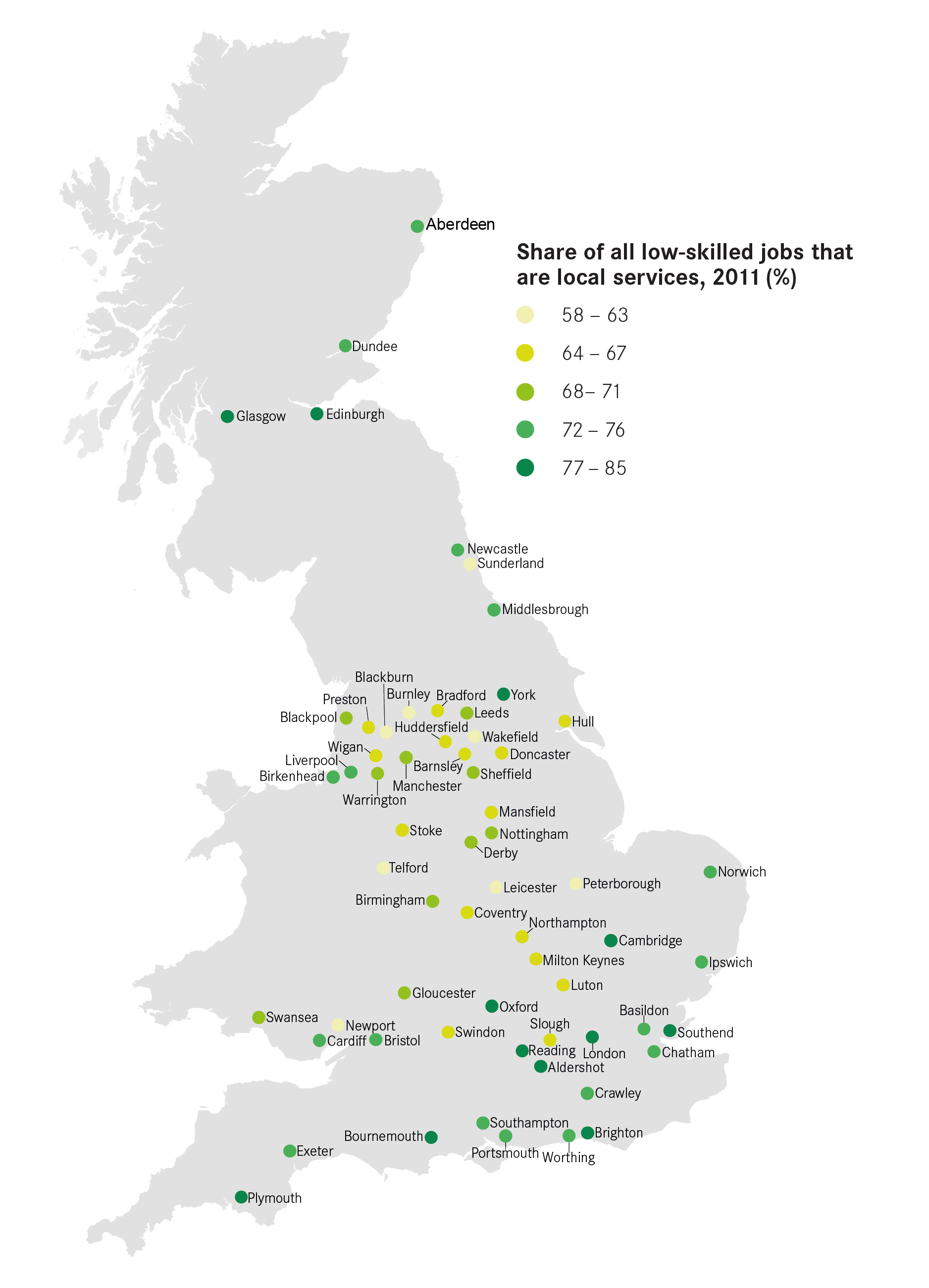 These differences are the result of the types of exporting businesses that cities attract.

Low-skilled jobs in local services – such as retail and leisure – naturally emerge in close proximity to any population centre. When a new neighbourhood is built, together with new houses and perhaps some offices, local services such as supermarkets, cafés and hairdressers are likely to open nearby.

But the extent to which each place will go beyond a basic provision of local services depends on the wealth available in a local economy – which, as seen in Box 2, depends on their ability to attract exporting businesses. This process is called the multiplier effect.8 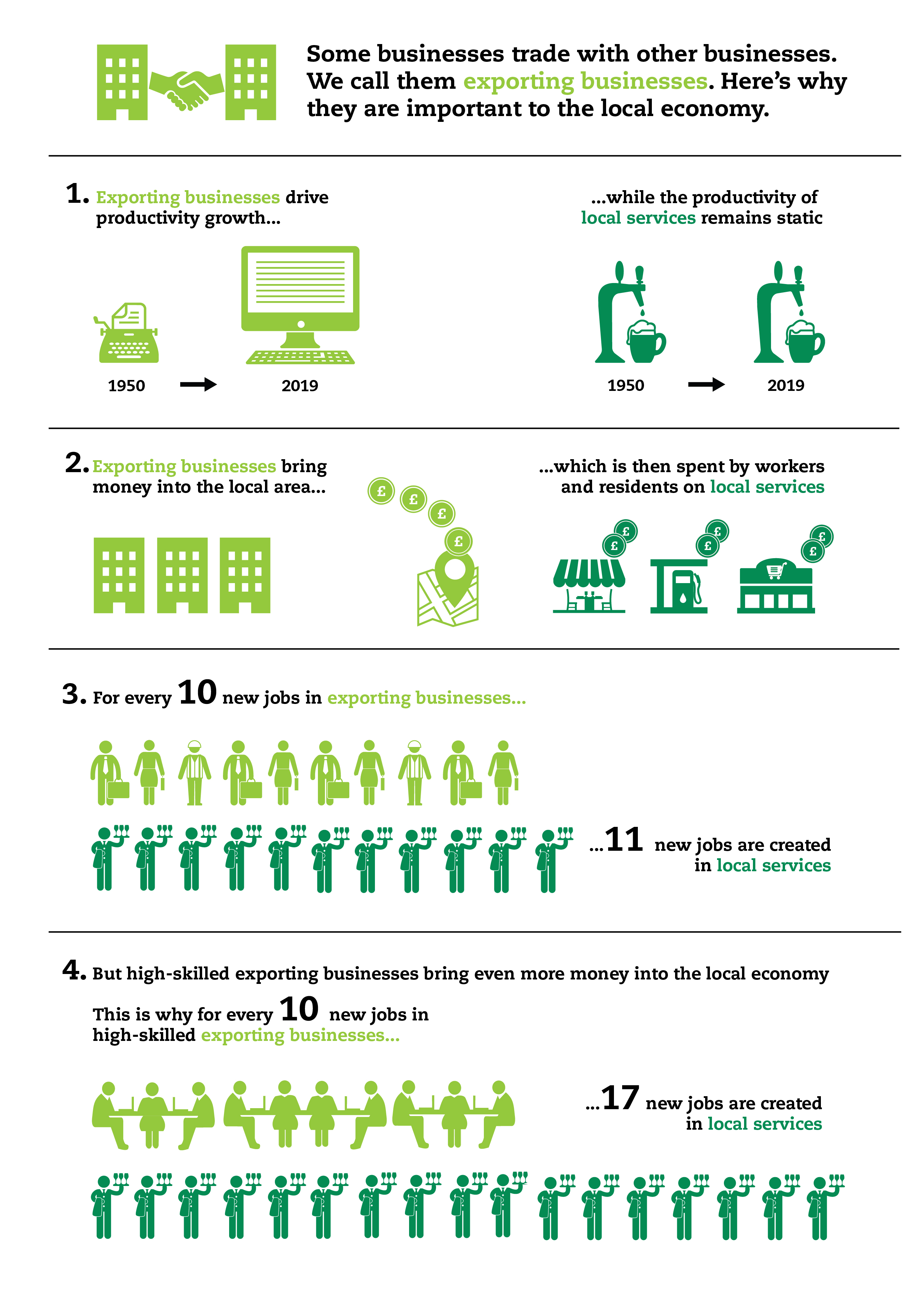 All types of exporting jobs – both high-skilled and low-skilled – have a multiplier effect; however, the size of this effect varies depending on the type of job.

Public sector jobs also had a positive multiplier effect, but this has been much smaller, with three new low-skilled local services jobs created for every 10 new public sector jobs.

The implication is that in recent years, cities that have been successful at attracting high-skilled exporting businesses have also been the cities best able to create growth in low-skilled local services jobs too. On the other hand, cities in which growth has been mostly led by the public sector or by lower-skilled export businesses have not experienced the same growth in local services.

The multiplier effect theory has been widely studied by economists all around the world, particularly in the USA by Enrico Moretti.

By following a similar methodology as the one used by Moretti, this report looks at the relationship between growth in exporting jobs and local services jobs in urban Britain in between 1998 and 2015 using data from the Business Structure Database.

However, the more routinised nature of these jobs means the benefits these firms are looking for are different from their higher-skilled counterparts. They still want access to a lot of workers, but they are predominantly looking for lower-skilled workers to fill their vacancies. Their requirements for knowledge are also lower, meaning they do not need to pay a premium for this. This means these firms tend to prefer locations where land is cheaper.11

Given their large pools of low-skilled workers and access to cheap land, it is not surprising to see that low-skilled exporting businesses tend to cluster in cities in the North and Midlands. However, these low-skilled exporting jobs are less able to generate wealth for their local economy or deliver additional local services jobs.