04How tax and spend plays out across city-regions

As well as there being a divergence across combined authorities and LEPs, local authorities also play different roles within these geographies. 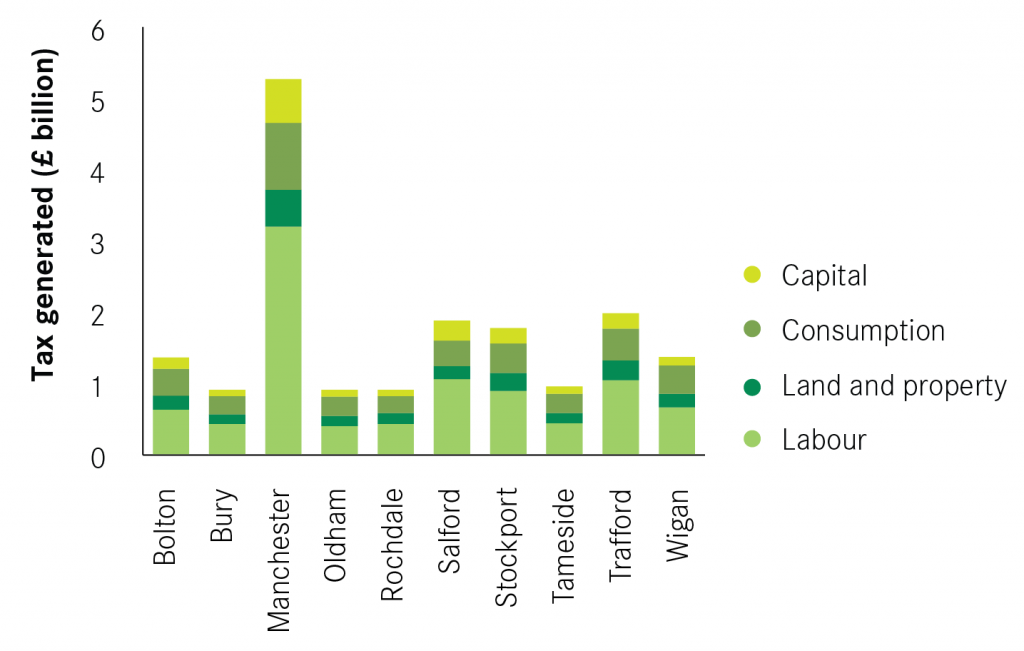 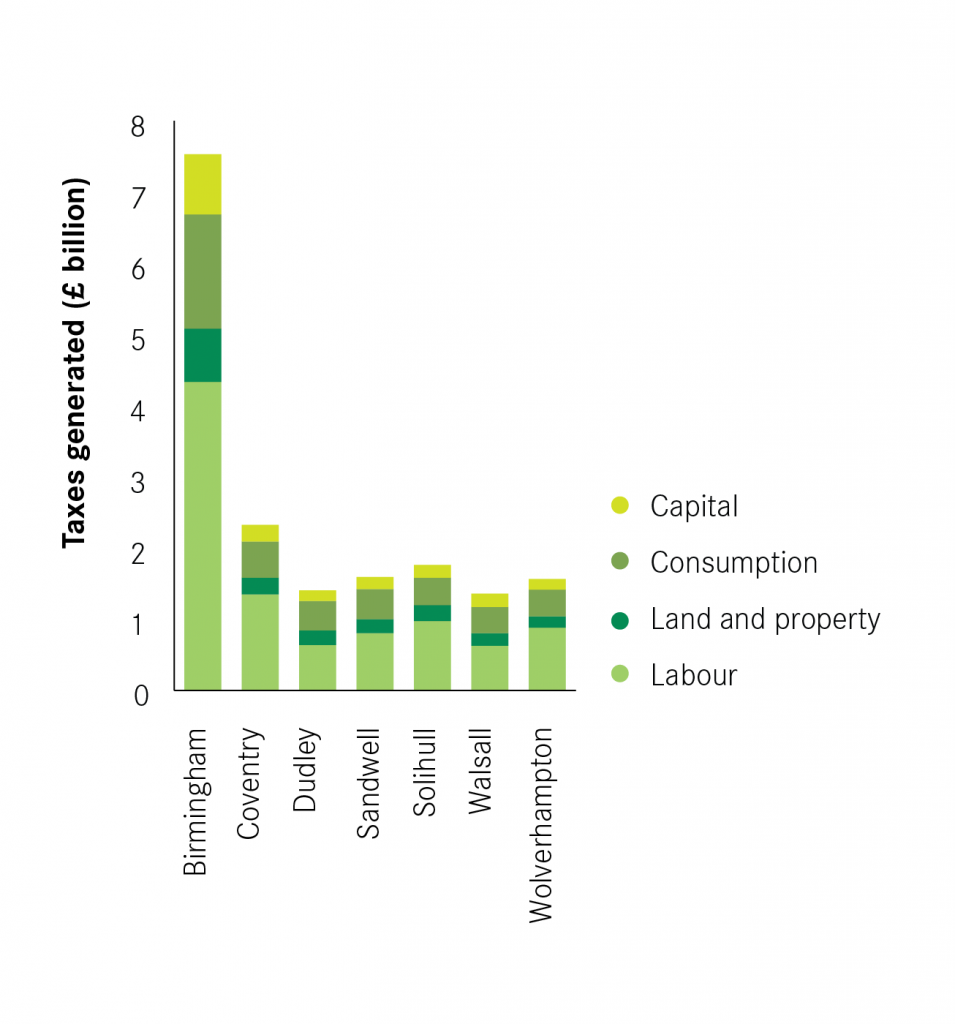 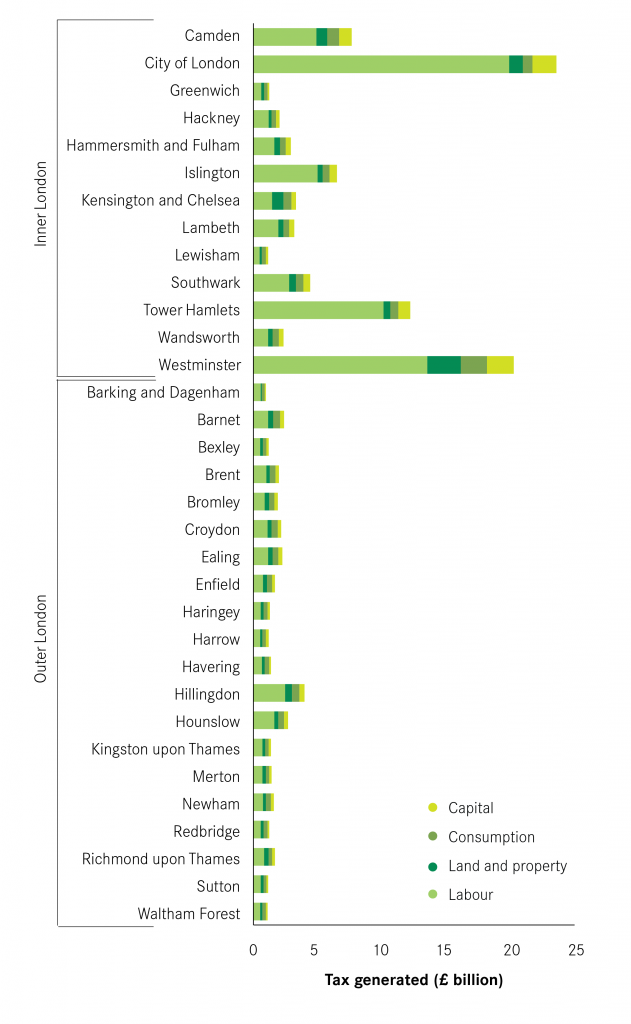 Tax generated per worker also tends to be higher in the core authorities. In Inner London, economy tax take per worker was £32,100, compared to £18,300 in Outer London. In Birmingham and Manchester this wasn’t so clear cut – Salford had a higher economy tax take per worker than Manchester local authority, while Solihull and Coventry had a higher take than Birmingham. To some extent this is likely to be influenced by local authority boundaries. Given what we know about the types of jobs in city centres and the business rates levied on commercial property within them,8 if data was available on the city centres of both authorities they would likely better match the patterns seen in Greater London.

Labour taxes make a much greater contribution to the overall tax take in the core authorities than elsewhere. As Figure 13 shows, this is most extreme in Greater London, where labour taxes account for 68 per cent of all taxes raised in Inner London, compared to 45 per cent in Outer London. The Inner London boroughs, and London’s boroughs more generally, are reliant on their neighbours to generate their income tax. Workers who commute into Greater London accounted for around £21.4 billion of all labour taxes raised – 16 per cent of the total amount of all tax raised in the capital in 2013/14, and more than the total combined amount of tax take in the North East Combined Authority and West of England LEP. 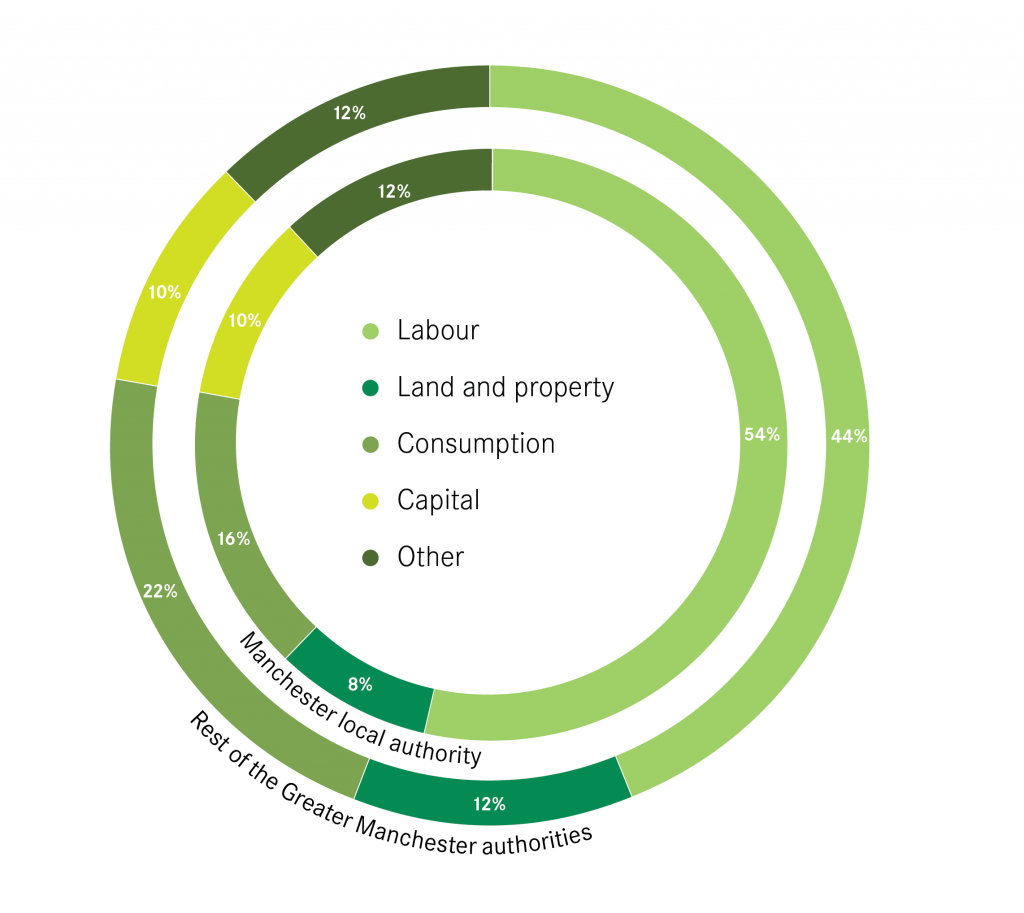 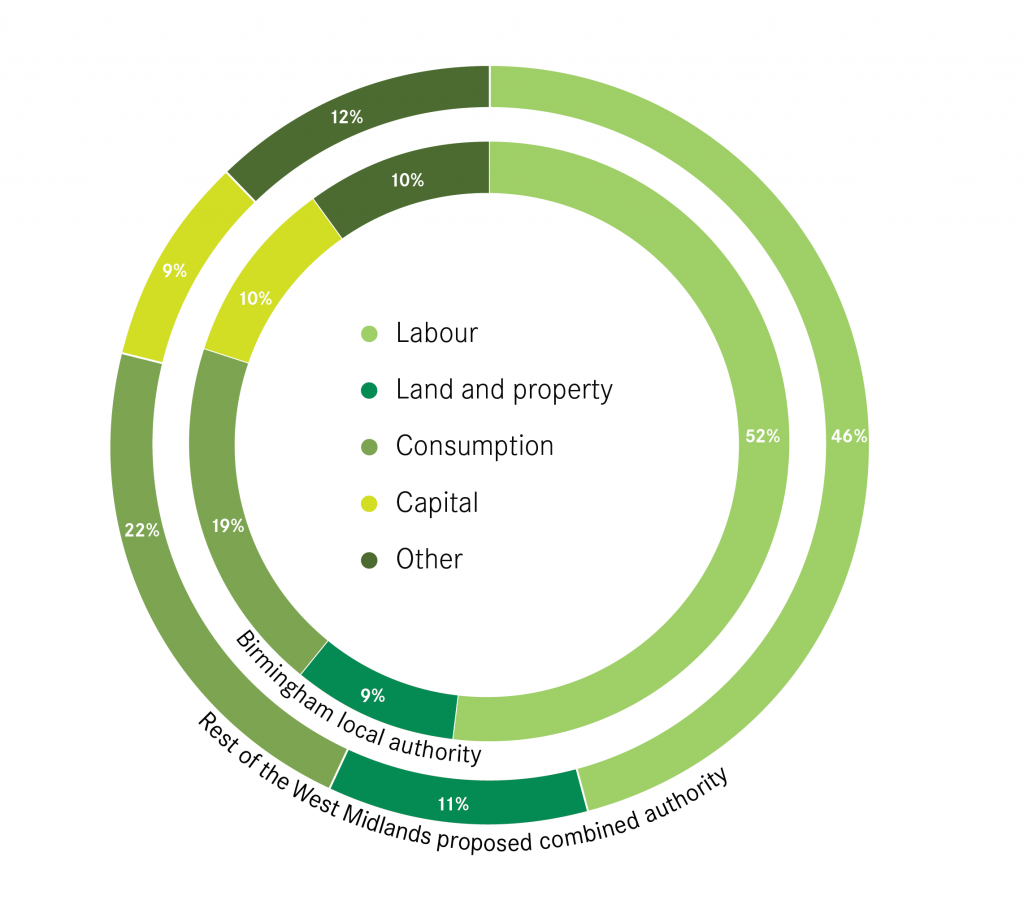 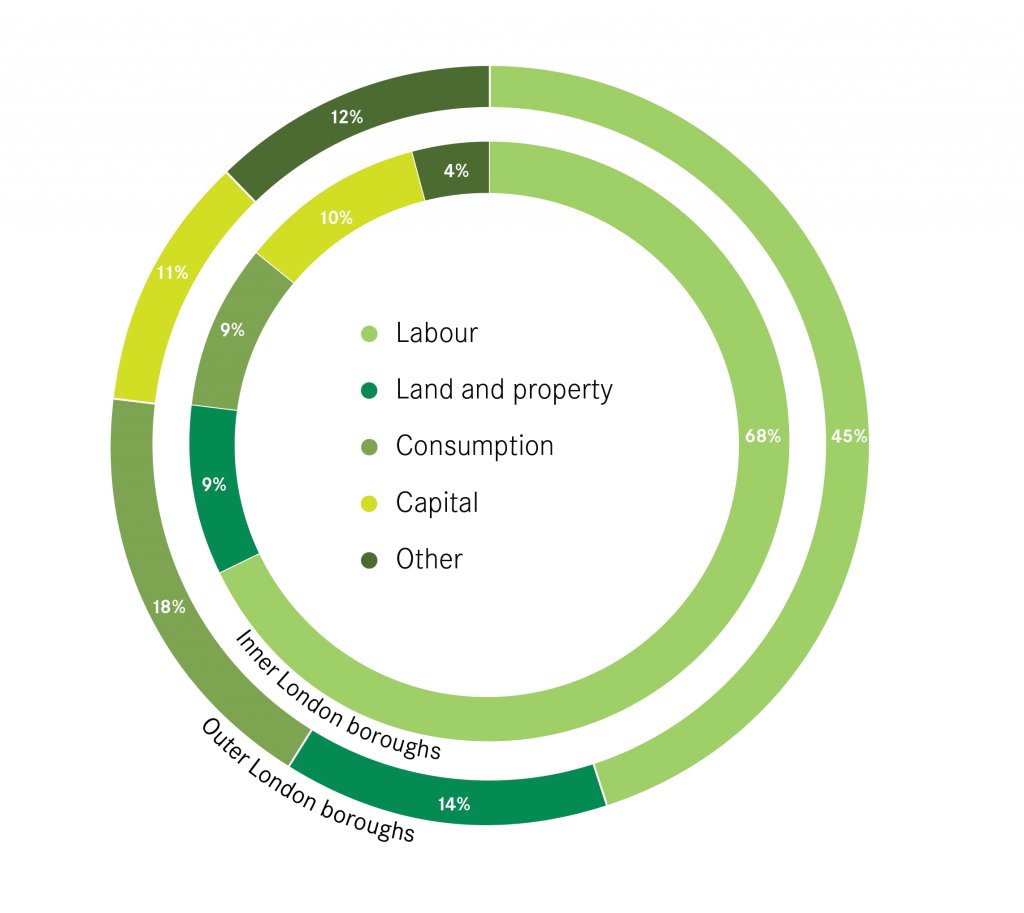 Land and property taxes play a larger role in the outer local authorities, although it is worth noting that the core local authorities still raise the largest absolute amount of tax. But there is a distinction here. Business rates drive the overall land and property tax take in the core authorities, while council tax makes up the largest contribution elsewhere (reflecting the differing distribution of jobs and people across a city-region). For example, Manchester accounted for nearly a third of all business rates generated across all 10 Greater Manchester local authorities in 2013-14, but only 14 per cent of council tax raised. In contrast, Stockport accounted for 14 per cent of all council tax generated but only 8 per cent of business rates. Box 3 discusses the role of property taxes in total tax generation.

Figure 14: Where property taxes are raised 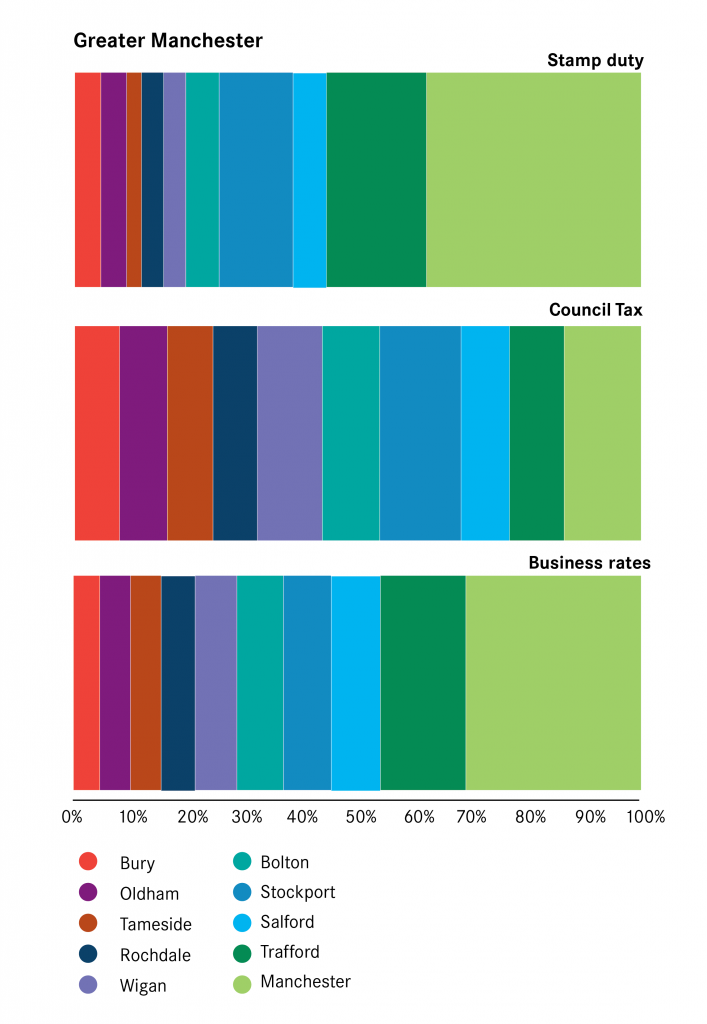 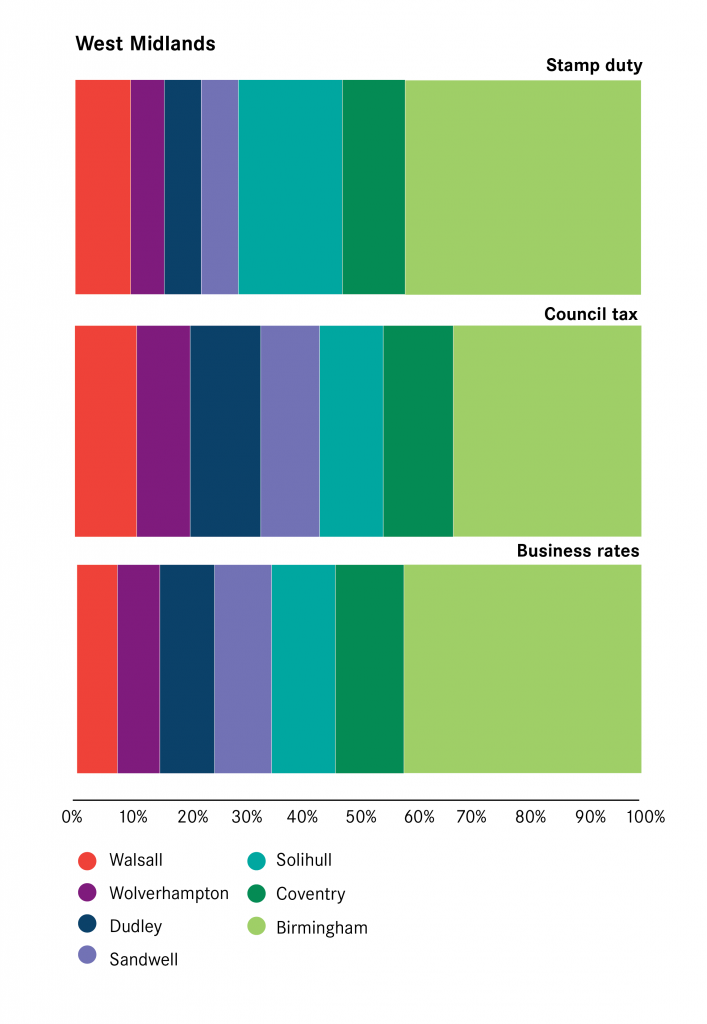 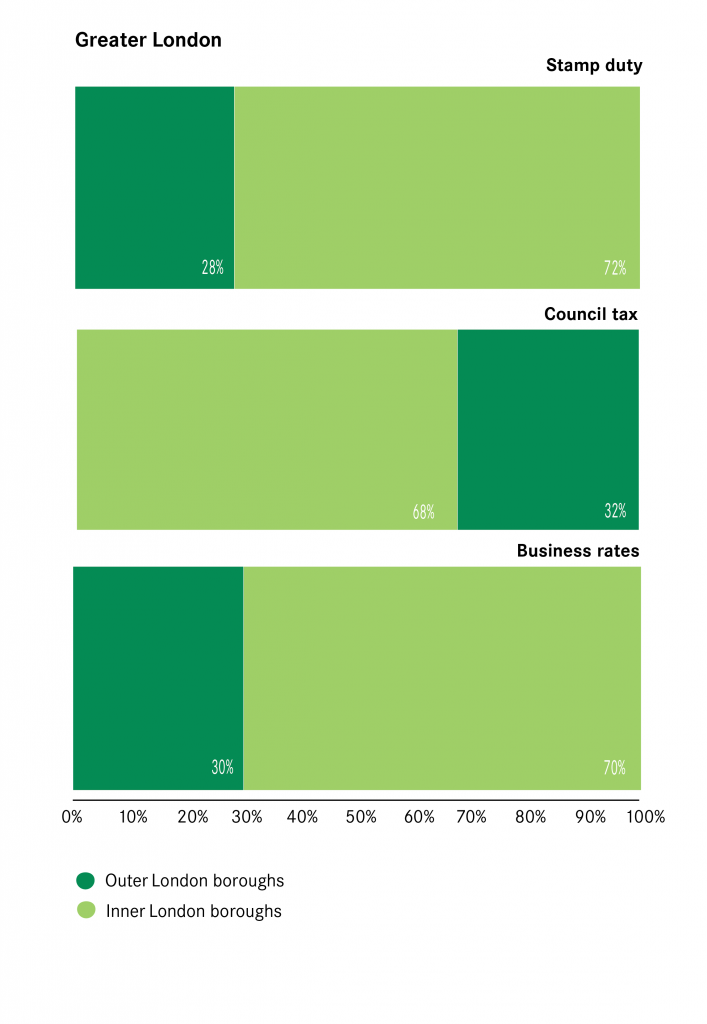 Box 4: The role of property taxes

The report by the London Finance Commission published in May 2013 set out the case for greater fiscal devolution to Greater London and England’s other large cities. It recommended that property taxes (council tax, business rates, stamp duty and annual tax on enveloped dwellings) should be devolved in full, as well as giving the GLA more freedoms to levy local taxes. The Core Cities backed the report and have also called for greater devolution of property taxes to cities.9

Property taxes make up a relatively small part of taxes in Britain, accounting for 11 per cent of all taxes raised nationally. They made up between 11 and 16 per cent of the total taxes raised across city-regions in Britain, but the composition of this varied across the country which has implications for the impact of devolution of specific taxes. Figure 15 shows the variation seen across our case study city-regions.

Council tax plays a smaller role in Greater London that in the other city-regions, but stamp duty accounts for a much larger share. The capital accounted for 42 per cent of Stamp Duty raised in Britain in 2013/14 and the £3.9 billion generated accounted for 3 per cent of the total tax take in London. This take was dominated by just two boroughs – Westminster and Kensington and Chelsea account for 32 per cent of all stamp duty within London. 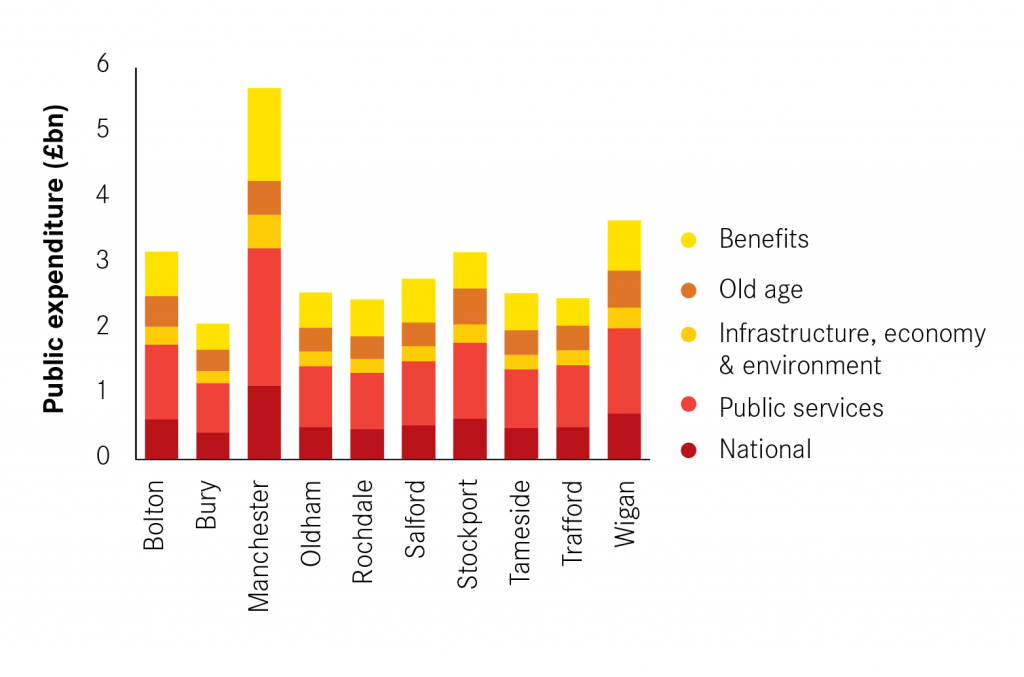 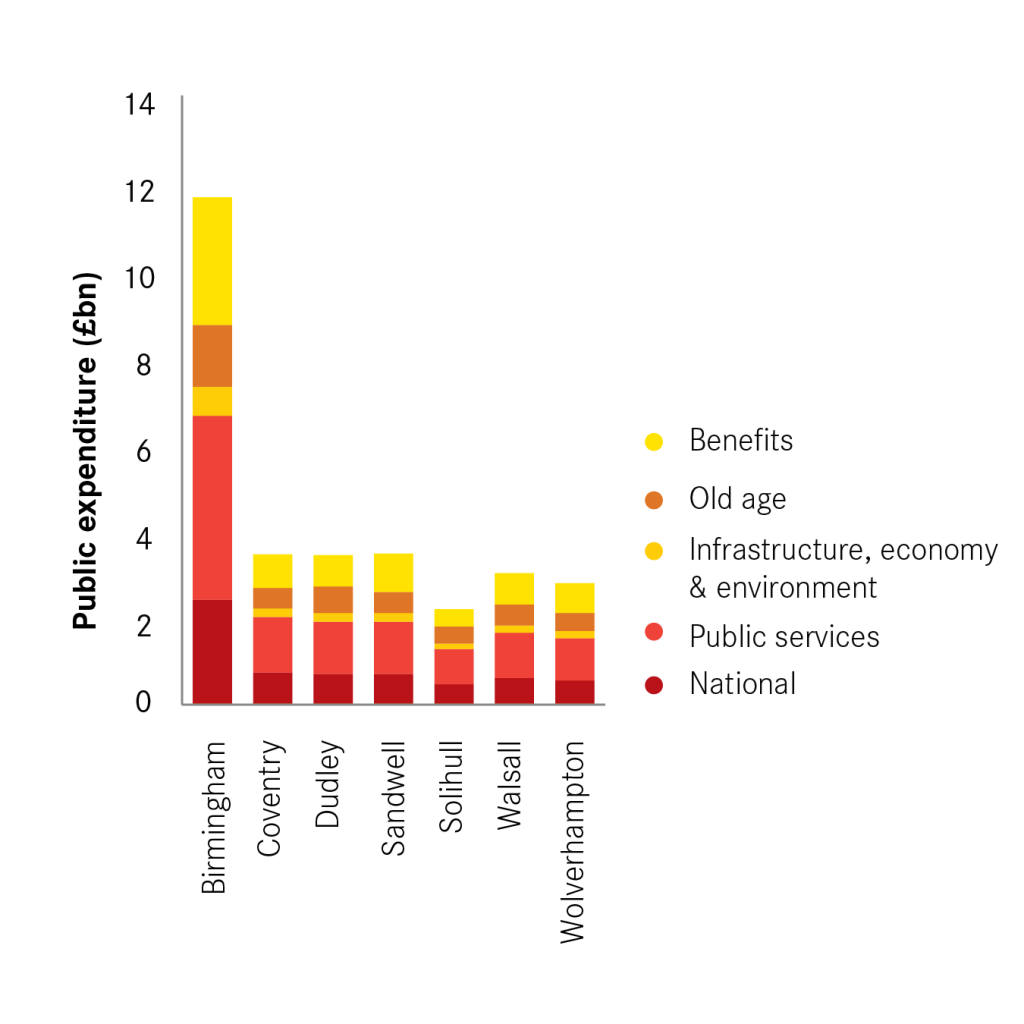 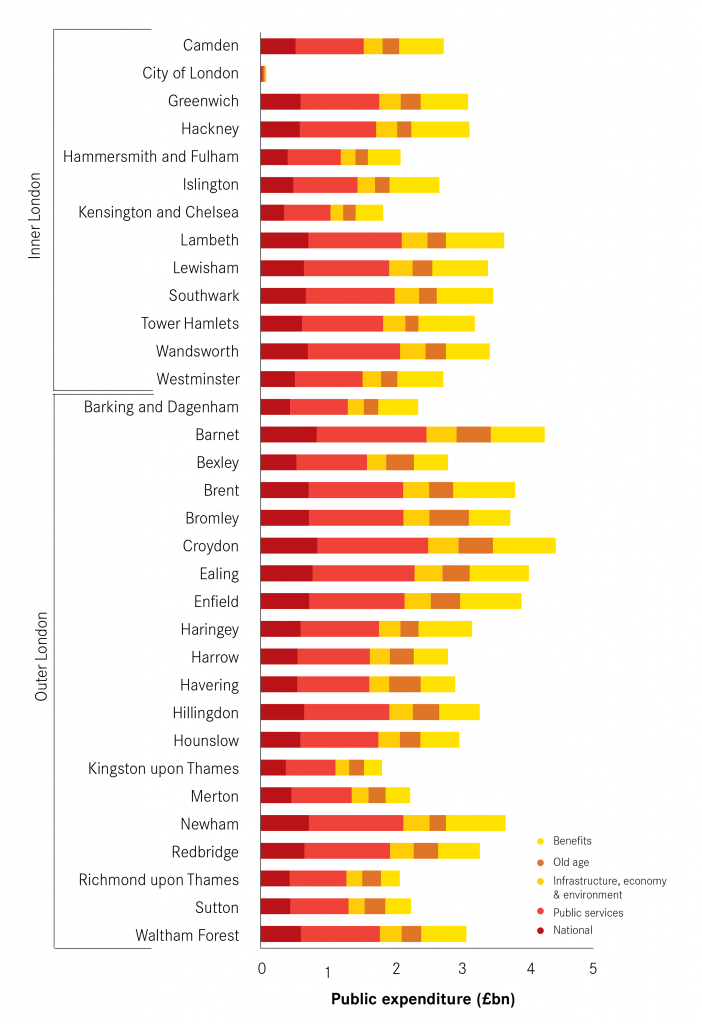 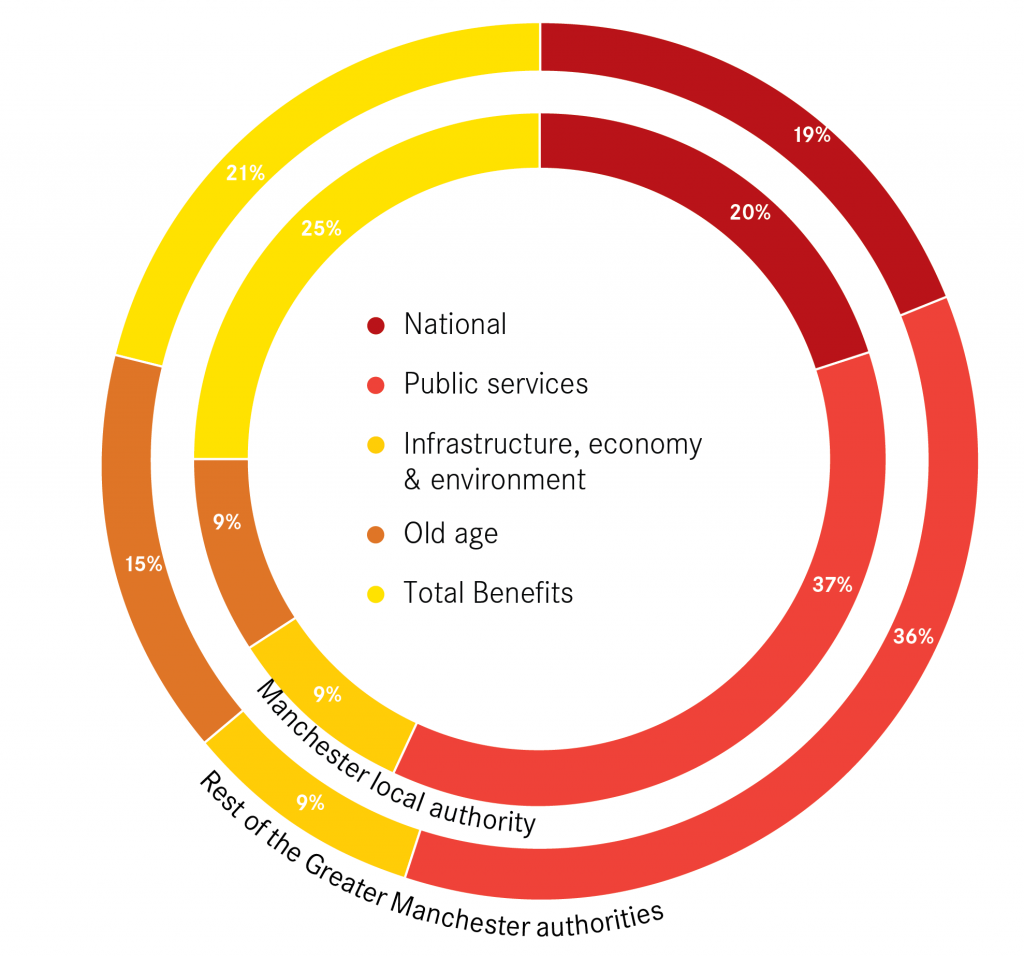 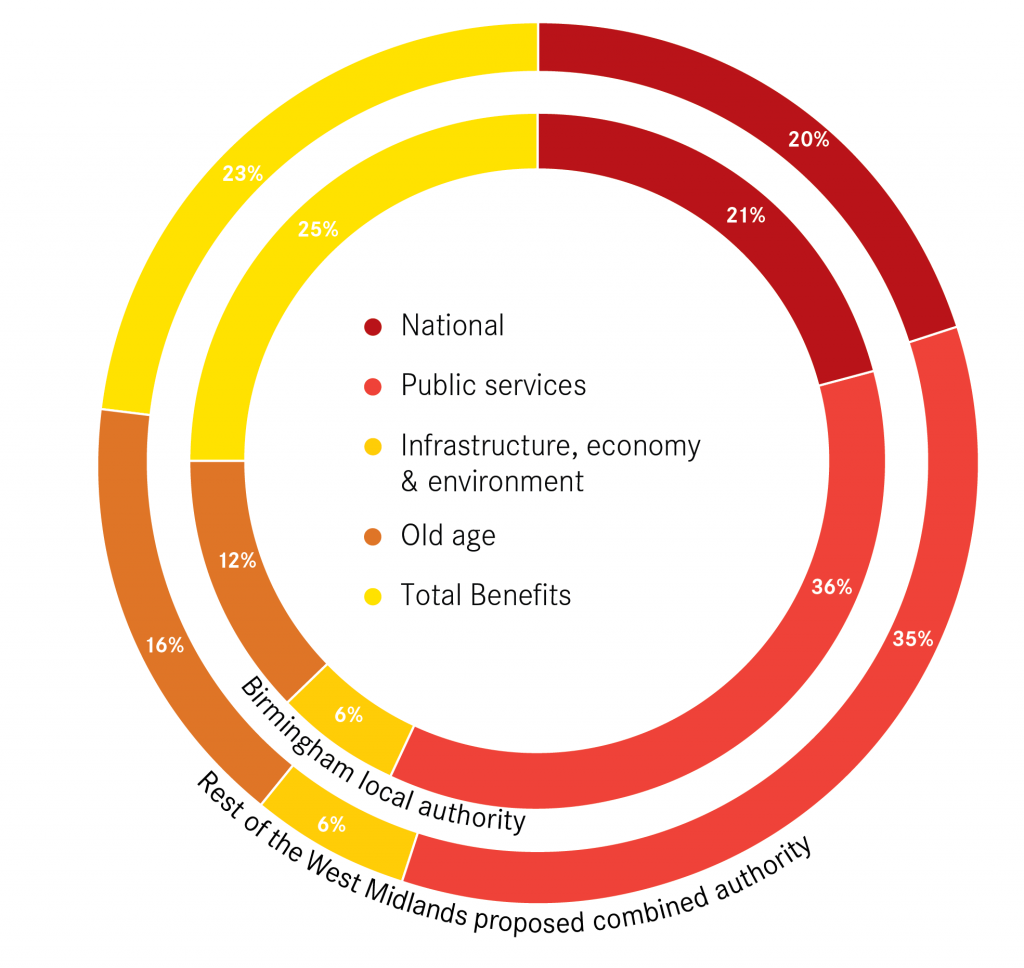 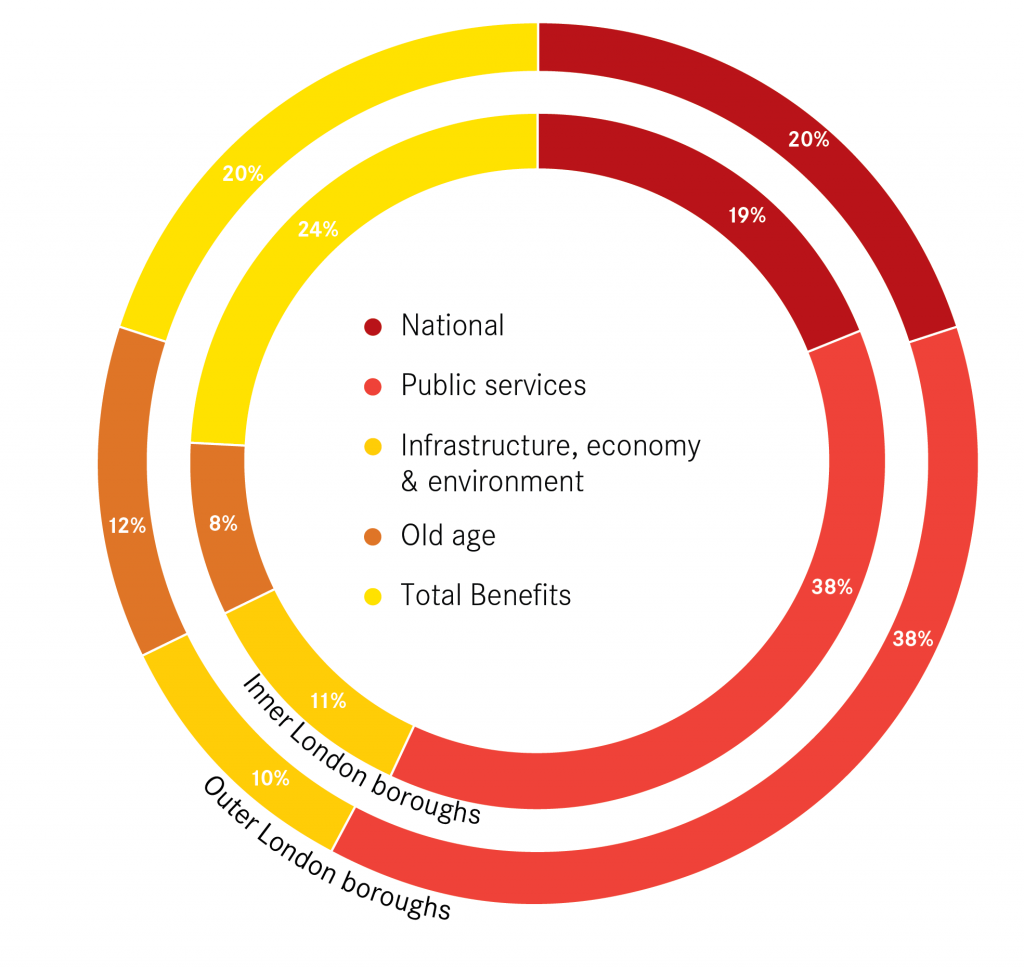