034. The nature of the new graduate workforce

The majority of Norwich’s graduate workforce studied in Norwich

Figure 18 brings together all graduates who decided to work in Norwich after leaving university to provide an overview of the nature of the graduate workforce in the city. It shows that 18 per cent of all workers were home-grown: growing up, studying and subsequently working in Norwich. Meanwhile 38 percent of workers had come to the city to study and stayed on for work.

There is a caveat to make here. While those attracted in to work made up a large share of the overall new graduate workforce (the 3rd highest of all cities), this is in part a result of the small contributions that the other categories of new graduates made to the Norwich new graduate workforce. To put this in perspective, of all the students that moved to the city to study, only a fifth remained to work after graduation (the 15th highest among UK cities). 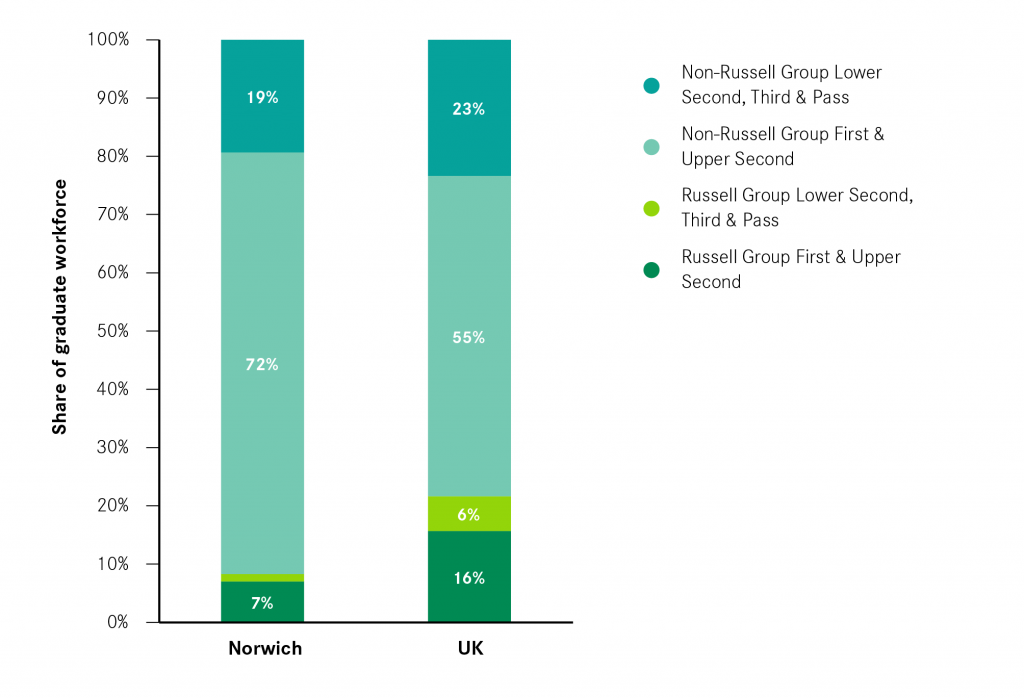 Norwich has the lowest average graduate salary in the UK

Graduates working in Norwich earned on average £19,740 a year, the lowest among UK cities, and considerably behind Leeds on £20,700 — the second lowest city in terms of graduate wages. The average graduate salary in the UK was £23,100, and highest in Aberdeen at £26,900. That said, analysis of UK graduates finds that wages were not the main reasons why graduates choose their employment location. Other factors such as the type of jobs available in that city and the opportunities for career progression were more important.2 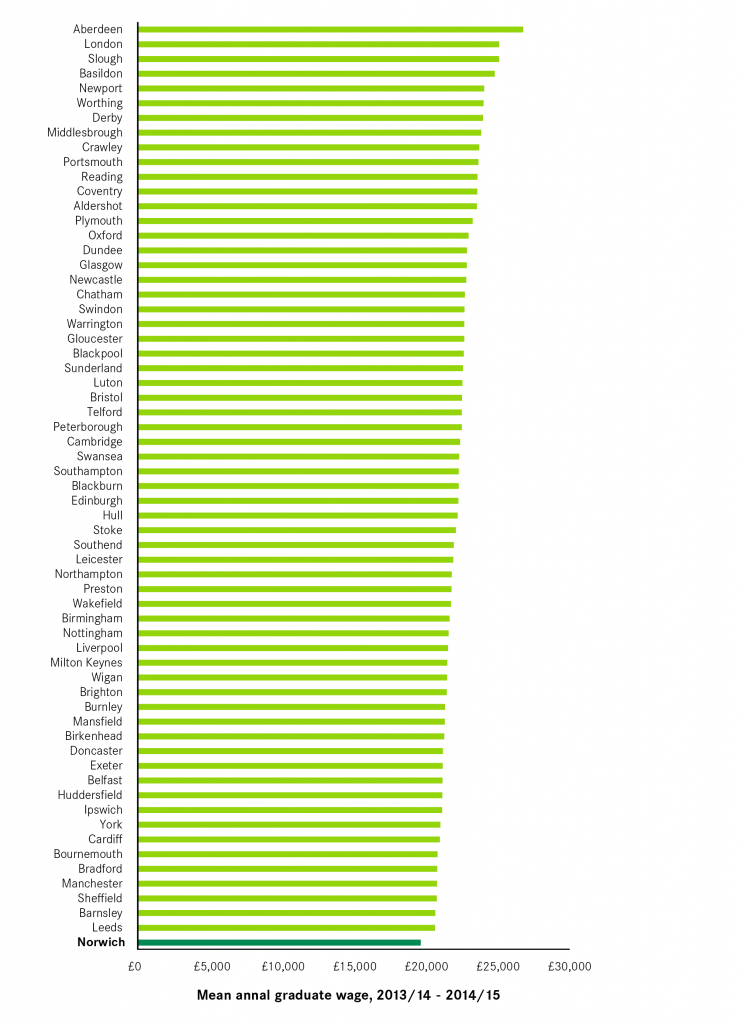 Figure 21 shows the average salary for graduates from the two universities. NUA graduates had lower salaries than those from the UEA, especially if they remain in Norwich. Graduates from both universities on average earned more if they moved away from Norwich.

But while wages can play a role in the graduates’ decision of where to work, research shows that it is the job opportunities and career progression that matter the most. Cities that gained the largest number of graduates were the ones with a high share of knowledge intensive business services (KIBS) jobs and a low share of jobs in publicly-funded services.

Breaking the type of occupation by sector shows that even in the KIBS sector, typically providing well paid-jobs, the share of new graduates working in high skill jobs — 76 per cent — was lower than the national average of 88 per cent. Publicly-funded-services and other private services sectors also had a lower share of high-skilled jobs than the UK average.

Research in the Great British Brain Drain showed that those cities that had the largest graduate gains were the ones that tended to offer the highest share of KIBS jobs. While Norwich has a share of graduates working in this industry equal to the national average, the lower number of jobs on offer in both this type of activity and in other sectors is likely to affect the city’s ability to attract and retain graduates.