Figure 23 brings together all graduates who decided to work in Leeds on graduation to provide an overview of the nature of the graduate workforce in the city. 14 per cent were home-grown graduates and just over a quarter were retained by Leeds’ universities. A fifth of the workforce was made up of returning graduates, who had previously lived in Leeds but chosen to study elsewhere. Finally, a significant number of graduates moved into the city for the first time, accounting for 42 per cent of the graduate workforce. This shows Leeds’ ability to attract in talent from elsewhere and this inflow is an important contributor to the city’s high-skilled workforce.

Of all new graduates who moved after university, 1.8 per cent were working in Leeds within 6 months of graduation. In comparison, the city accounted for 1.5 per cent of all UK jobs.

n terms of the class of degree achieved, a larger share of these workers had a first or upper second class degree from a Russell Group university than in the UK as a whole, as shown in Figure 24. The share of workers from a non-Russell Group university was therefore smaller than for the UK. Leeds’ share of these high-achieving Russell Group graduates was much higher than its share of all UK jobs: 2.6 per cent as opposed to 1.5 per cent. This was also the case for several large cities, such as Manchester and Liverpool.

Figure 24: Share of working new graduates by class of degree 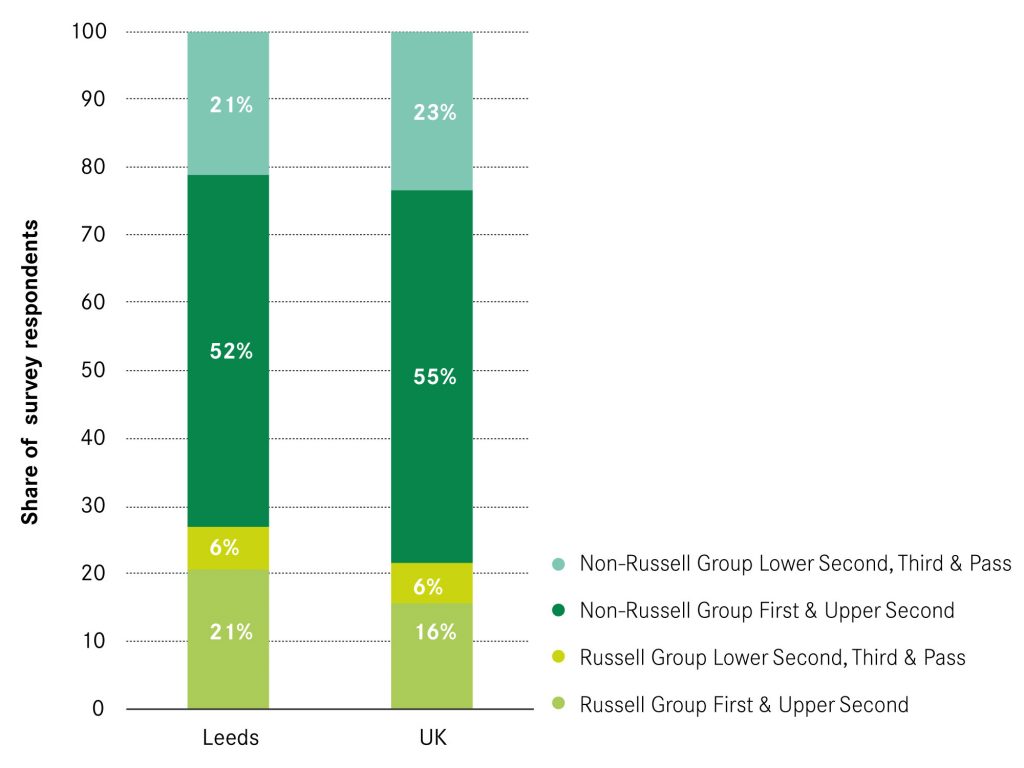 Graduates working in Leeds earned on average £20,700, which was the second lowest salary after Norwich, as shown in Figure 25. Cities offering a similarly low wage were Barnsley, Sheffield and Manchester. Excluding London, whose high living costs are likely to have contributed to the high wage on offer, the highest graduate earners were in Aberdeen, Slough and Basildon. This is likely to be in order to compensate graduates for having fewer amenities than if they had moved to a large city. 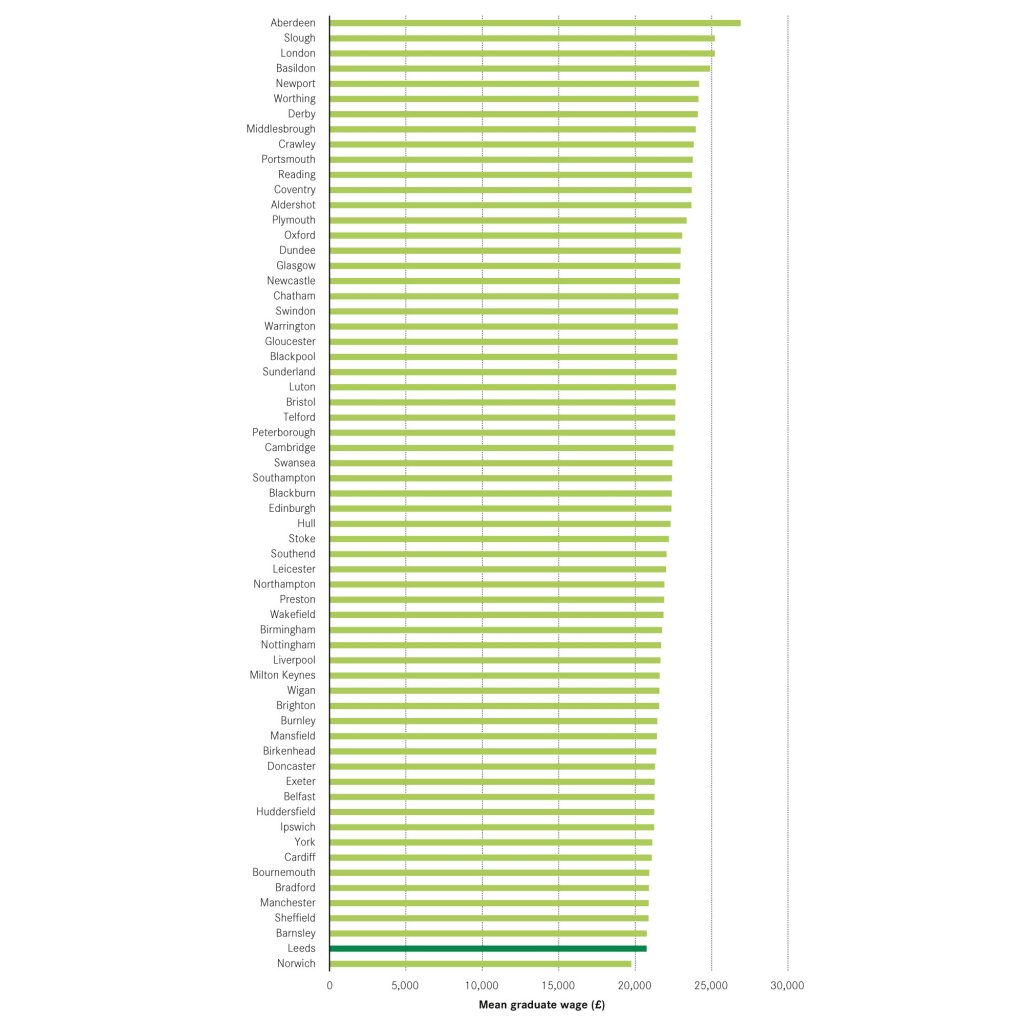 Figure 26 investigates how average salaries differed for those who remained in Leeds and those who moved away. There does not seem to be a consistent pattern across the institutions. Whilst University of Leeds and Leeds Trinity graduates earned slightly more if they stayed in the city, for all other universities the salary was higher if they moved away. In addition, the differences in average salary were small.4

Of all graduates in Leeds, 76 per cent worked in high-skilled occupations, which are traditionally described as graduate-level jobs. While this may sound like a high proportion, it is below the UK average, suggesting that some graduates in Leeds are underemployed when they first start work. This is likely to be a contributing factor to the city’s low wages.

However, analysis of UK graduates finds that graduate wages were not the main reason for graduates choosing their employment location.5 Other factors such as the type of jobs available in that city and the opportunities for career progression are more important, and Leeds performs much better on these measures.

Whilst the above analysis looks at the graduate workforce in Leeds, the sectors employing graduates from Leeds’ universities differed slightly. Of those who studied in Leeds, 16 per cent were employed in the KIBS sector within 6 months, 41 per cent in the public sector and 35 per cent in other private services. This is regardless of whether they chose to work in Leeds or elsewhere.

Our analysis in The Great British Brain Drain suggests that in other cities graduates move away from the city they studied in because certain sectors lack job opportunities. In contrast, our analysis suggests this is not the case for Leeds.