This final section looks at the characteristics of the new graduate labour market in Crawley.

Four fifths of new graduates working in Crawley came from elsewhere and tended to be higher achievers. 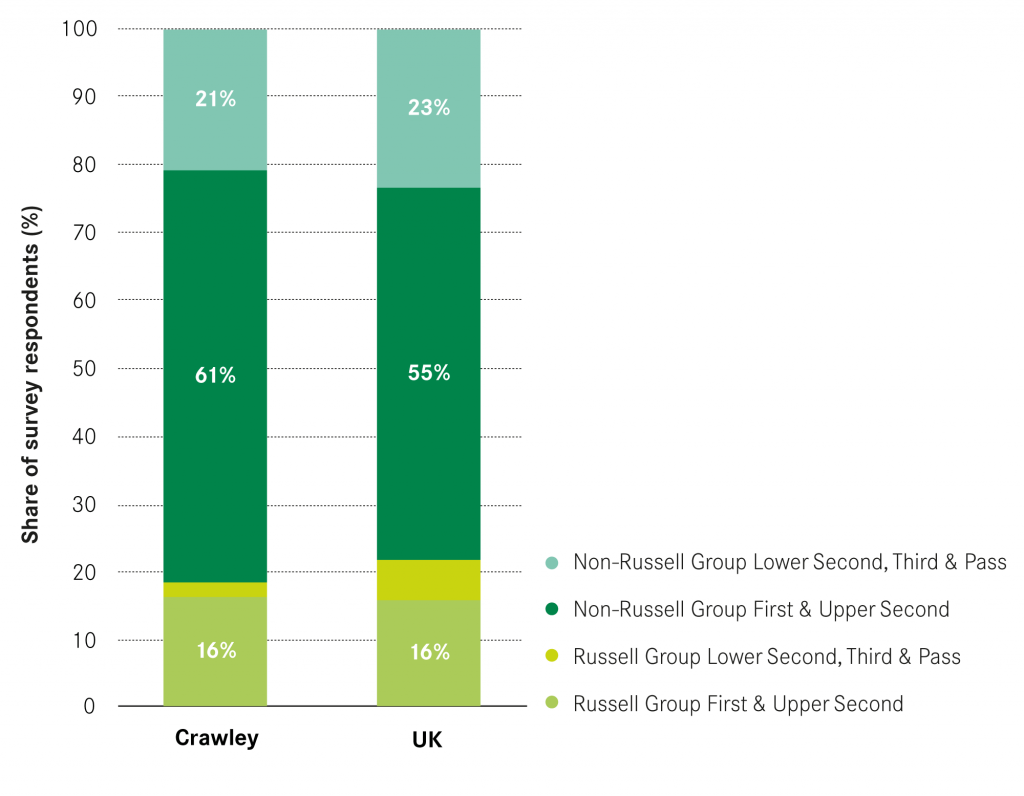 Graduates working in Crawley earned on average £23,800 a year, which was above the mean UK graduate wage of £23,100. This puts Crawley 9th out of all British cities, as shown in Figure 19.

However, analysis of UK graduates finds that graduates’ wages was not the main reason why graduates choose their employment location.3 Other factors such as the type of jobs available in that city and the opportunities for career progression are more important. 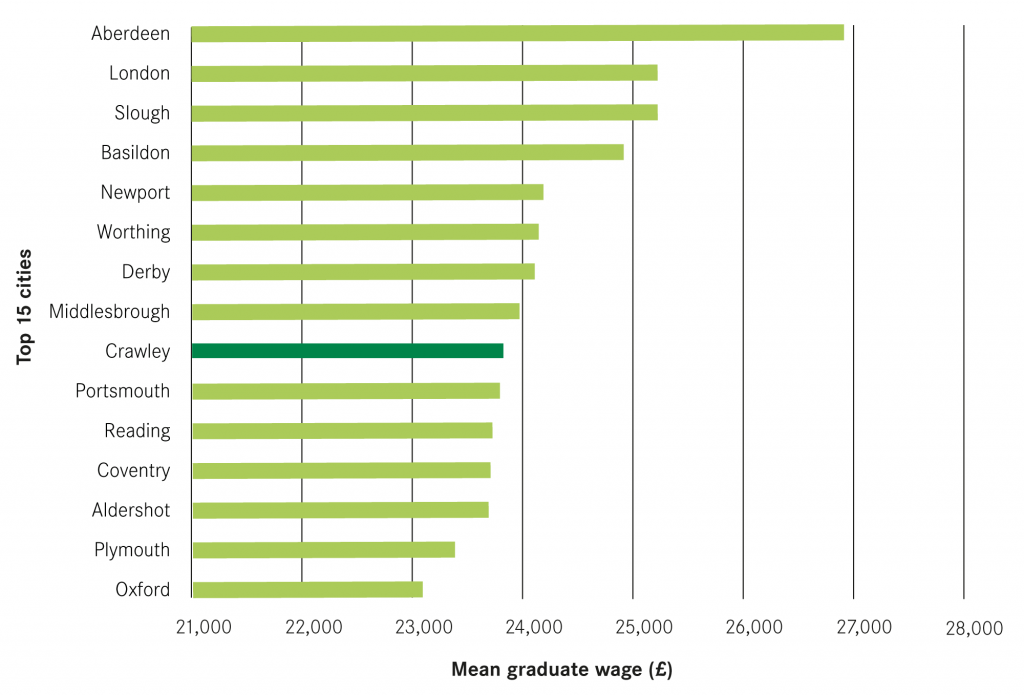 Those who had no prior links to Crawley were also less likely to have achieved a Lower Second, Third or Pass degree from a non-Russell Group University (17 per cent) than those who were originally from Crawley (34 per cent). This might partially explain the differences in wages. Non-economic reasons such as new graduates wanting to work in their hometown might also explain this trend. 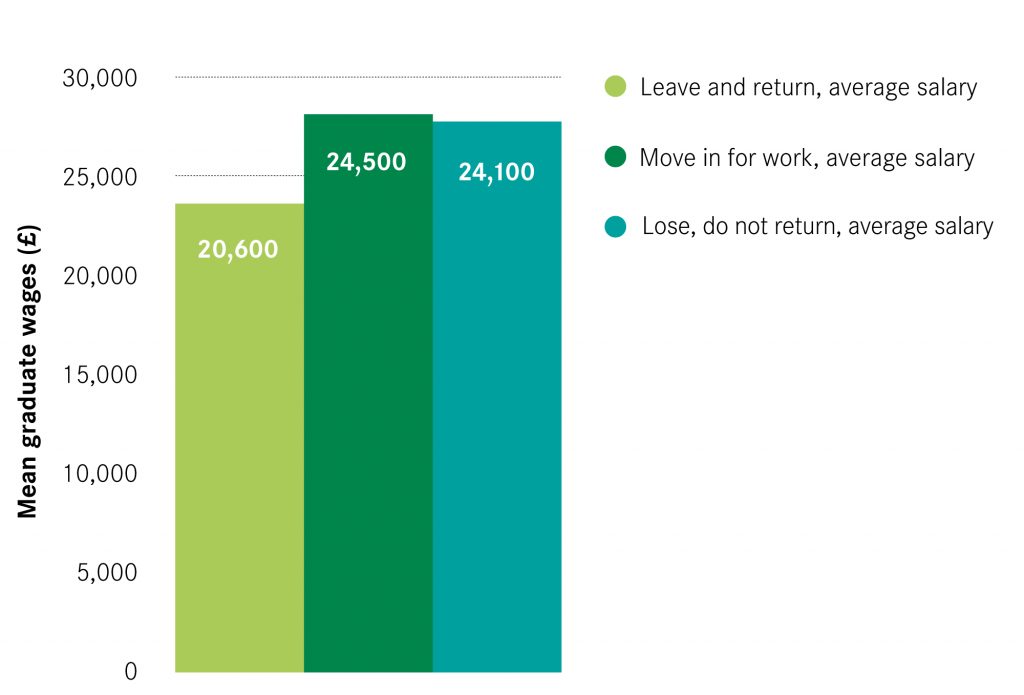 In contrast, the picture of those graduates who did not return looked very different (Figure 22). A much higher share worked in publicly-funded services jobs although this was still lower than the UK average – 20 per cent of this group worked in KIBS jobs, higher than the national average and reflective of the flows of this cohort to London.