Figure 1: Unemployment rate and proportion of working age population with no qualifications, 2013 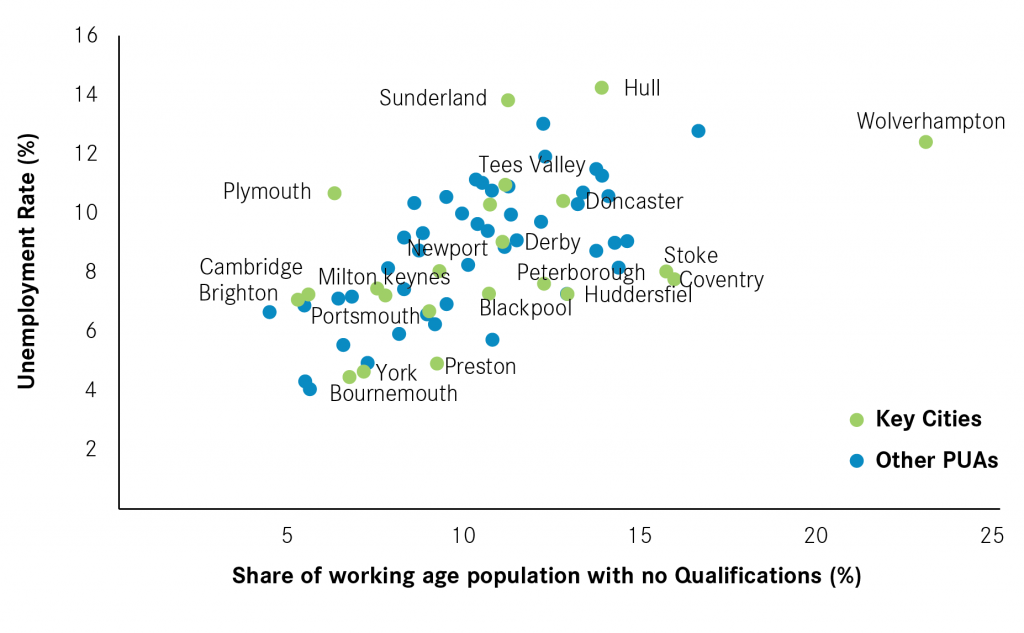 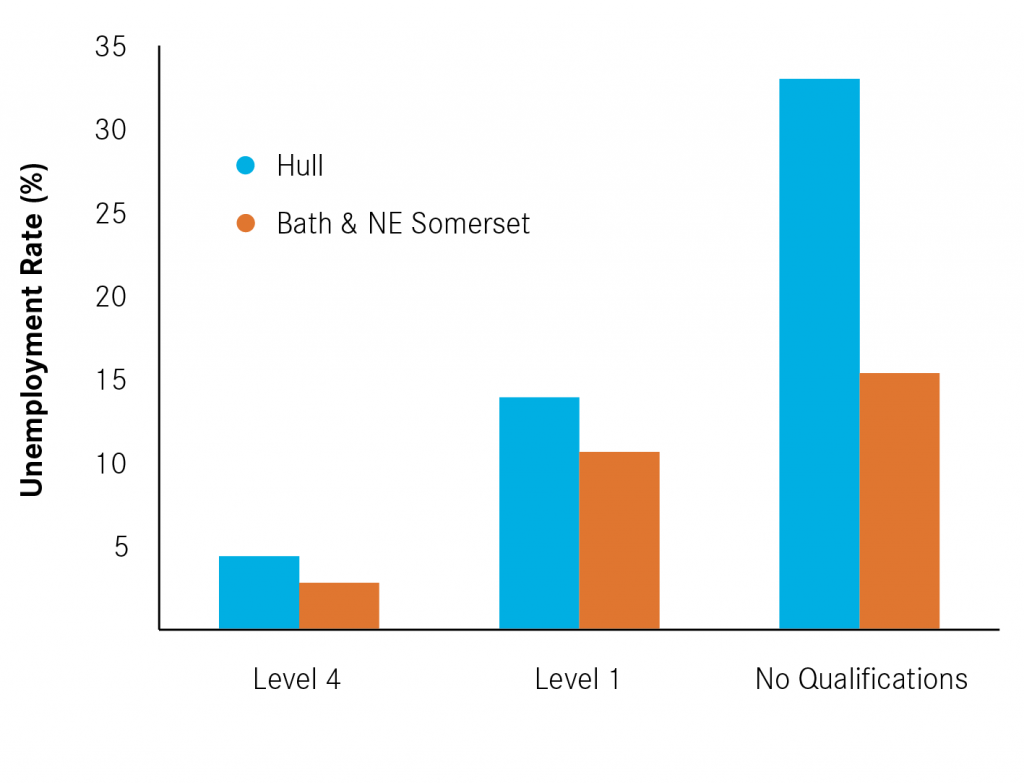