03The skills and unemployment challenge within cities

Within cities the highest proportions of residents with no qualifications are clustered in areas that have an above average proportion of residents living in social housing (Figure 3). Unemployment in these areas is also higher (Figure 4). And the highest unemployment rates are recorded among those living in social housing. Over 10 per cent of those in social rented accommodation are unemployed compared to just 6 per cent of those living in private rented accommodation and 1 per cent among those who own their own homes.7 As such, social housing providers have direct access to a key target group of skills and employment policy, covering not just the unemployed but also the low skilled who may be stuck in low-pay occupations and the inactive, two groups that Government interventions such as the Work Programme have struggled to reach.

Figure 3: Share of population with no qualifications and share living in social housing in urban Medium Super Output Areas (MSOA), 2011 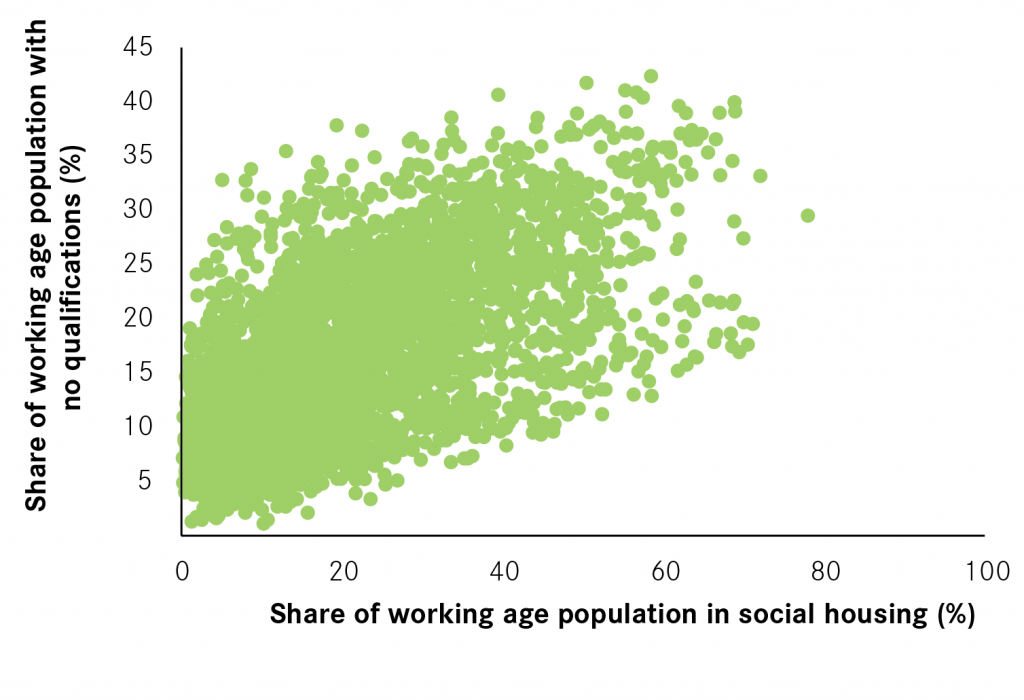 Figure 4: Unemployment and the share of the population in social housing in urban Medium Super Output Areas (MSOA), 2011 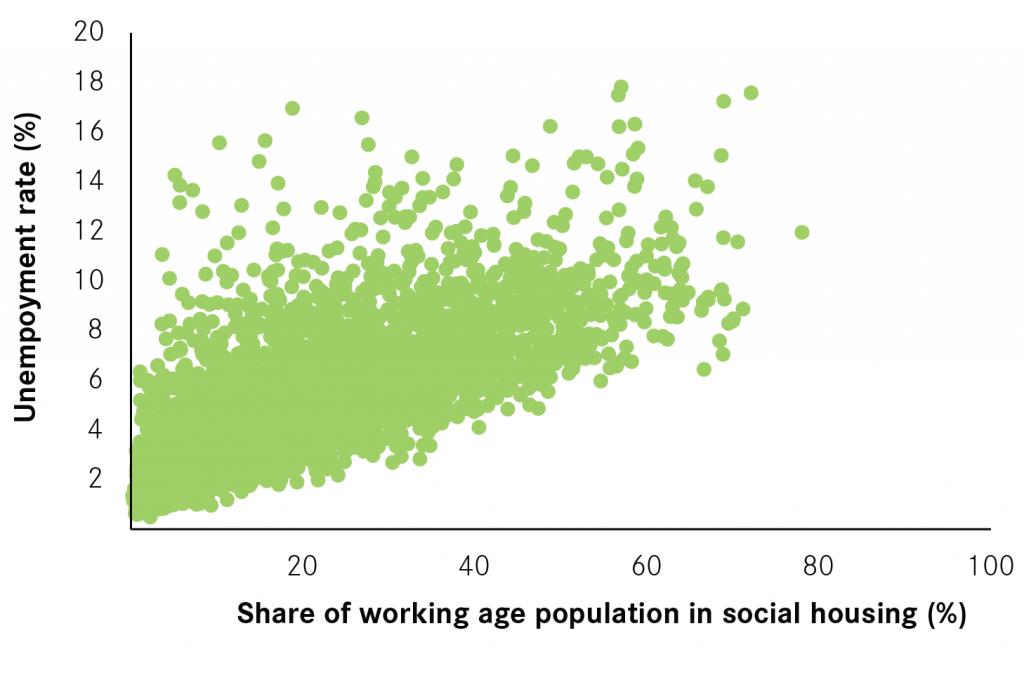