03How have city centres, the high street, and spending changed?

Looking at changes in consumer spending between different types of city can shed light on the geography of the pandemic’s impact on local services among the Core Cities.

In the first national lockdown, city-wide spending for the Core Cities dropped in April 2020 to between 58 and 70 per cent of the February baseline. Figure 4 shows this then slowly recovered through to July, and spending within cities subsequently exceeded February levels through to October.

Figure 4: Overall consumer spending in the Core Cities has recovered 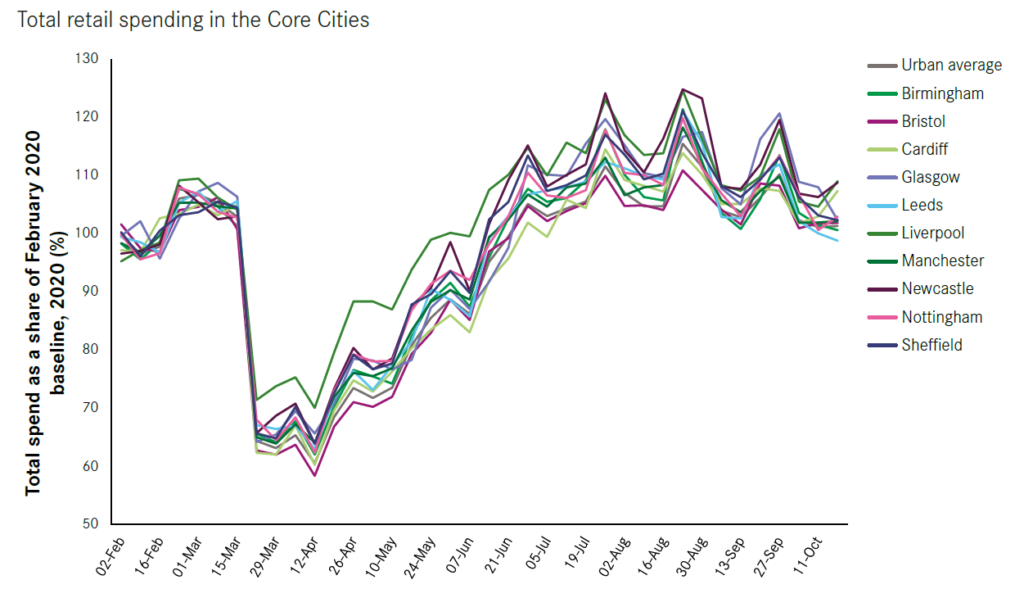 Yet as this data looks city-wide, it does not capture the impact on city centres specifically. City centres play a unique role in the economy because they are concentrations of jobs and thereby customers, they are key locations for employment in both exporting and local services work. As the largest city centres in the country outside London, the city centres of the Core Cities therefore provide a disproportionate contribution to national employment overall.

Looking at the recovery of spending by residents on non-essential items (such as spending in bars and restaurants) in physical shops across the cities, and the recovery of city centre spend shows how this has played out. This decline has been deepest within the Core Cities’ city centres. 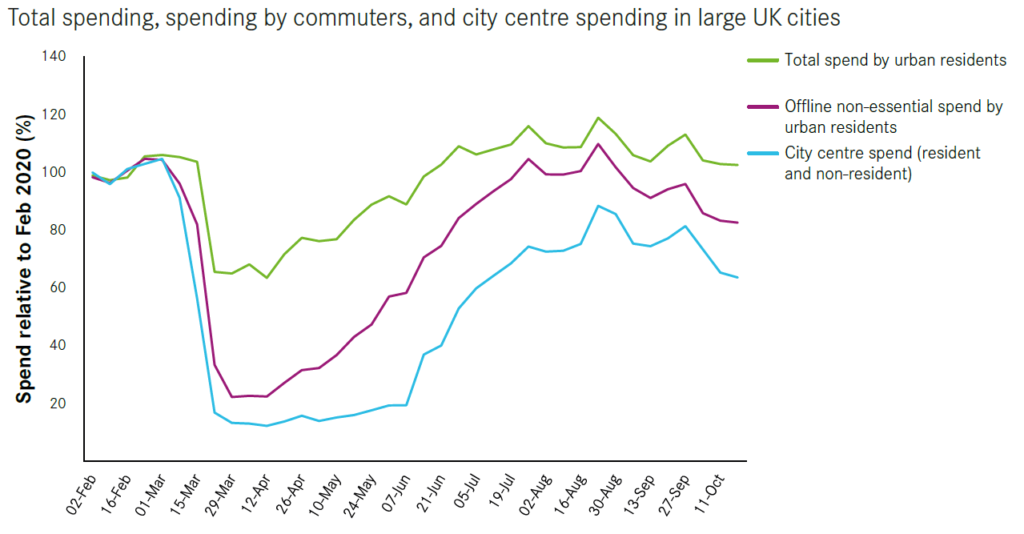 As Figure 6 shows, this appears to be a phenomenon linked to city size – large cities and especially London saw slower and more stunted recoveries in city centre spending than smaller cities. Although Liverpool briefly saw spending rise above the February baseline at the end of August, no Core City in any period since March had city centre spending return to pre-pandemic levels.

Figure 6: City centre spending across Great Britain has fallen most in the largest cities 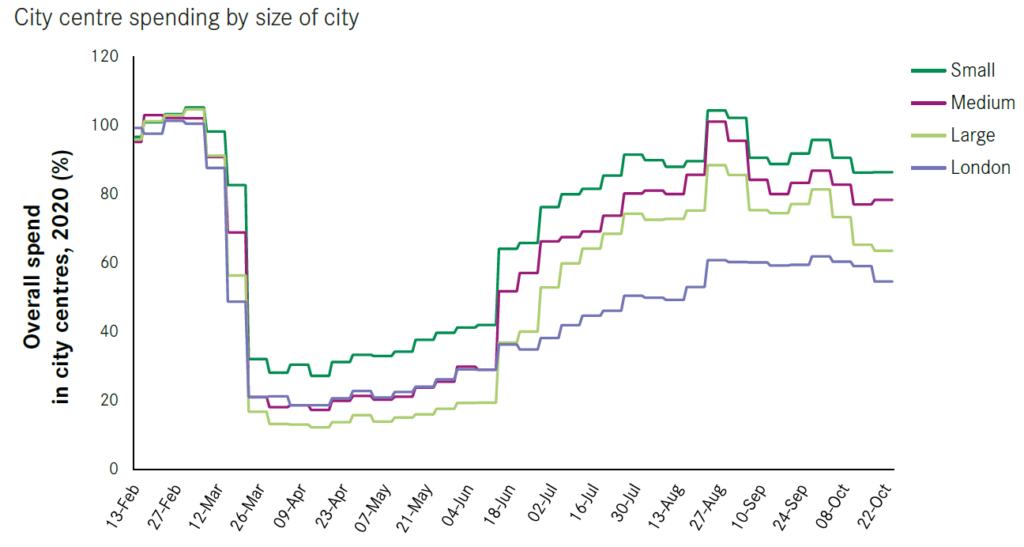 This is reflected in footfall in larger city centres, which diverged from smaller cities as the pandemic has progressed and restrictions came and went. Over the course of 2020 to October, Figure 7 demonstrates that, while smaller cities saw a gradual return close to pre-pandemic trends, London and large cities including the Core Cities had still not seen their post-lockdown weekday highs match their pre-pandemic weekend lows.

Figure 7: Footfall within UK city centres has recovered least in the largest cities and London 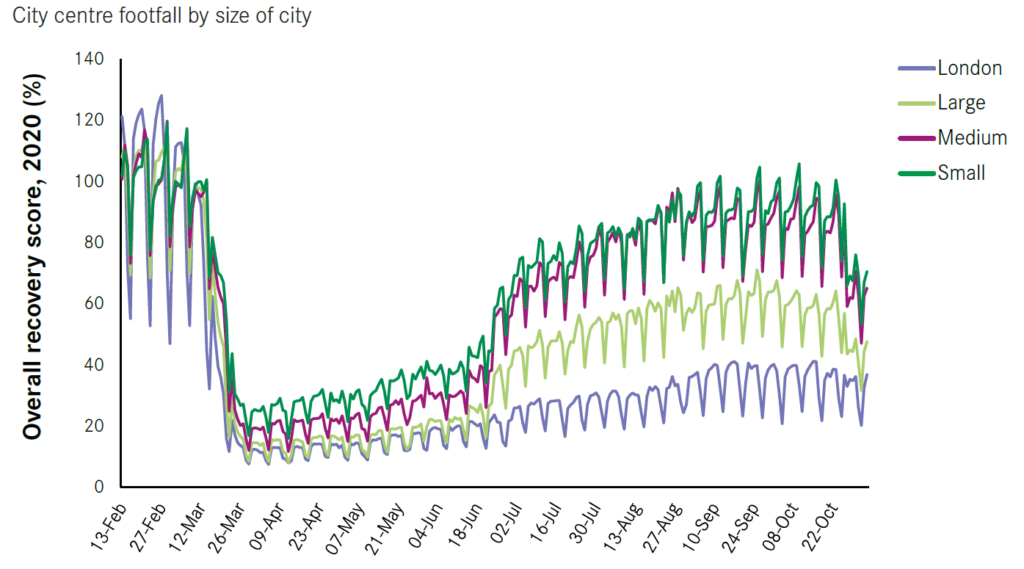 Much of this is likely to be driven by home working – the subject of much discussion in relation to the prospect of ’15-minute neighbourhoods’ – and other changes that are assumed by some to be positive for cities.  Figure 8 uses footfall data for the Core Cities focused on city weekday workers. It shows that there was little change in city centre footfall for weekday commuters across the Core Cities in the period from late March to October 2020. It seems unlikely then that the struggles of the Core Cities’ city centres will improve until workers return.

These issues should be temporary. Once safe to do so, Centre for Cities expects that city centre workers and firms will return to the office because of the benefits that determined their location there in the first place.6 But local leaders will need to help encourage workers and consumers to city centres to both induce a rapid recovery and avoid any permanent damage to the Core City economies.