Cities are very influential in the European economy. They account for just 3 per cent of the land area of Europe but 42 per cent of European GVA (see Box 1 for definitions and methodology). As Figure 1 illustrates, jobs are clustered in specific places across the continent. This concentration of activity is particularly marked for Europe’s largest urban areas – the 50 largest cities in Europe produce a quarter of European GVA. 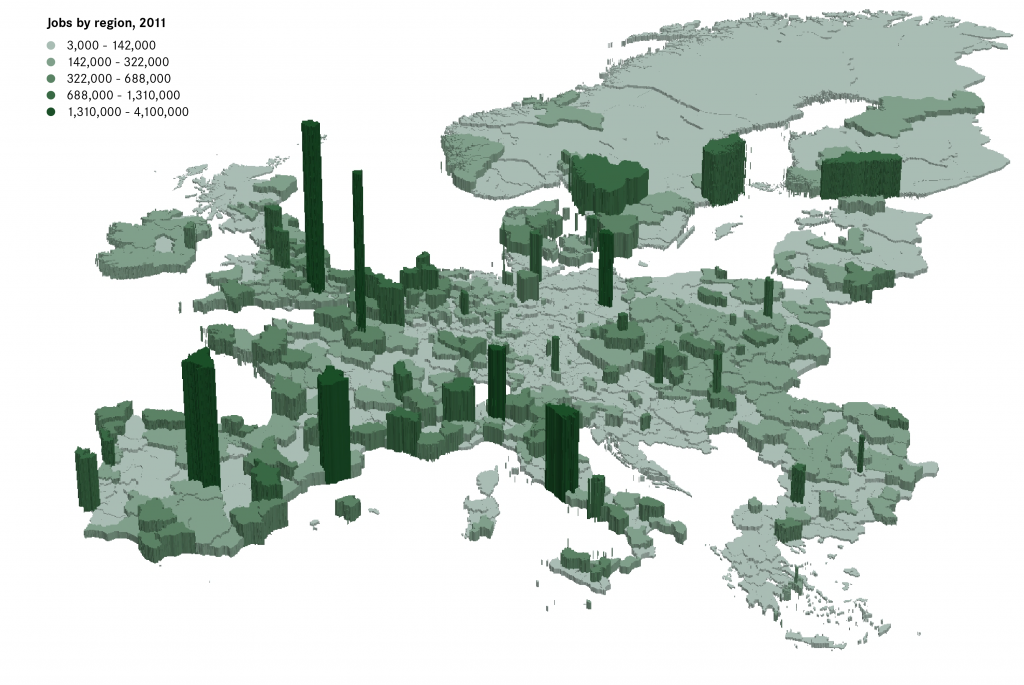 Cities have always competed for investment, trade and talent. In recent decades, increasing globalisation and technological development has made this competition ever greater. So in order to continue to create jobs and wages for people living in and around them, cities need to be attractive beyond national borders.

For the UK, the ability of its cities to attract investment will determine the success of the national economy as a whole. But little is understood about how UK cities measure up to their continental counterparts.

This report compares 330 cities across 17 European countries (as shown in Figure 2). It first looks at the role of cities in their national context. Then it shows how UK cities compare to their European counterparts on a range of economic indicators, including productivity, industrial structure, skills, innovation and employment. To finish it draws out the implications that these findings have for the UK economy.

Figure 2: Cities and countries analysed in this report 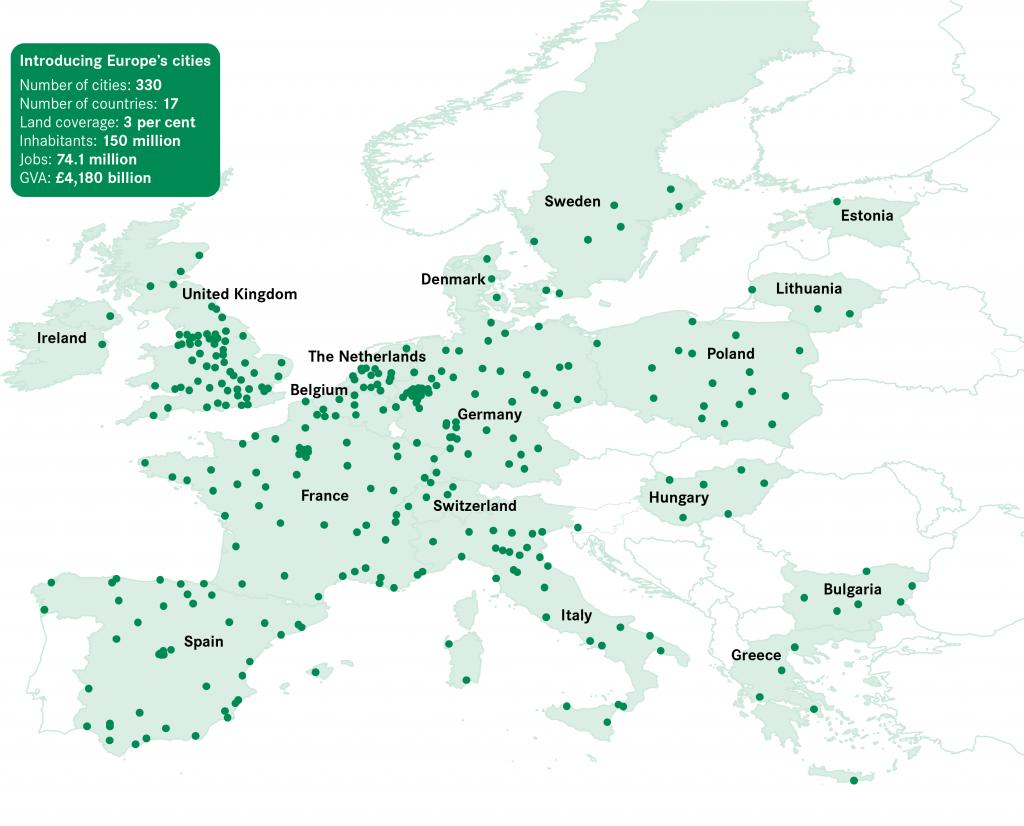 All of the data used in this report is available to analyse on a European Cities Data Tool, which also provides five continental comparator cities for each city in the UK. The breadth of data produced here will no doubt throw up many further questions and areas for additional investigation. The purpose of this research is to provide the data to frame these questions.

Definition: The term “European cities”, used throughout the report, refers to the 330 cities analysed in this research. The term “European countries” refers to the 17 European countries where the analysed cities are located: Belgium, Bulgaria, Denmark, Germany, Estonia, Ireland, Greece, Spain, France, Italy, Lithuania, Hungary, the Netherlands, Poland, Sweden, Switzerland and the United Kingdom. Cities and countries were selected on the basis of data availability.

Geographies: For UK cities, the geography used in this report is the Primary Urban Areas (PUA). For non-UK cities, in order to provide the closest possible geography to PUAs, Eurostat’s Urban Audit dataset has been used. Urban Audit cities and “greater cities” are defined based on population density rather than administrative borders, to avoid underbounding issues. Although the mapping methodology is different to PUAs, the concept of cities captured by Urban Audit “cities” and “greater cities” is similar – that is, a focus on the central, more densely populated part of an urban area rather than its wider commuting area or city region. In that regard a good comparability between Urban Audit city definitions and PUAs was found, with 40 PUAs having the same borders to the corresponding Urban Audit geography.

Methodology: Every city with more than 125,000 inhabitants has been included in the analysis. Most of the data was available from Urban Audit or Eurostat more widely, but several values were extracted from national statistics offices. For availability reasons the large majority of the dataset is for 2011, except a few values that are from 2012.