022. Central London is making an ever greater contribution to business rates

Looking more closely at city centres shows once again that the average rates on a property will rise in only a handful of places – just four city centres will see an increase. And all four are in the Greater South East.

There is a greater spread in terms of the changes for city centres compared to cities overall. Central London will see a rise of 19 per cent. Meanwhile Middlesbrough city centre will see a fall of 37 per cent (see Figure 3).

The increases seen in central London mean that this small part of the country will contribute an even greater share of the overall amount of business rates generated. In 2016/17, central London accounted for 17 per cent of all business rates generated in England and Wales. In 2017/18, this will rise to 21 per cent. The result is that this part of the country, which accounts for 0.02 per cent of land, will generate more business rates than the next 19 cities – including both their city centres and the wider city – put together.4 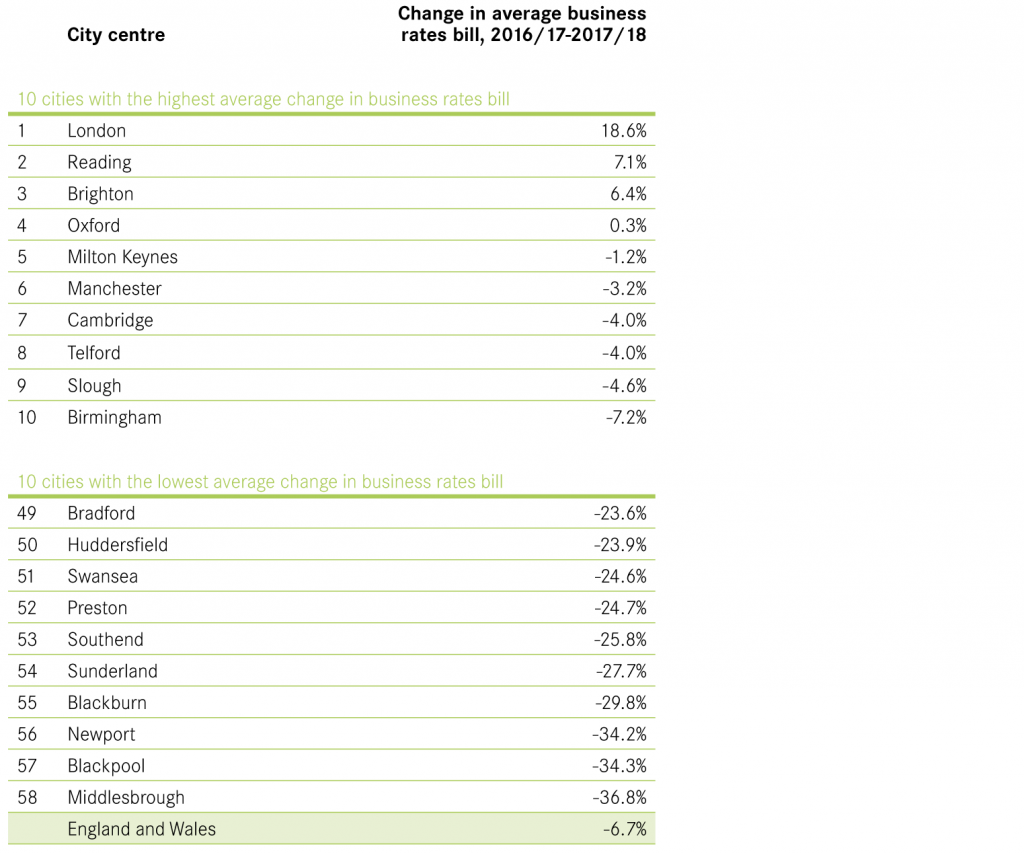