011. Most cities will see a fall in their average business rates bills

While the attention has focused on those who will be adversely affected, just two cities – London and Reading – will see an increase in the average amount of business rates levied on their properties.3

Of those in the top 10, all but Bristol are located in the Greater South East (see Figure 1), reflecting their stronger economies. And as the map shows, most cities in the North and Wales will see the largest falls, with average business rates bills in Blackburn falling by a quarter.

Figure 1: Average increase in business rates in cities after revaluation 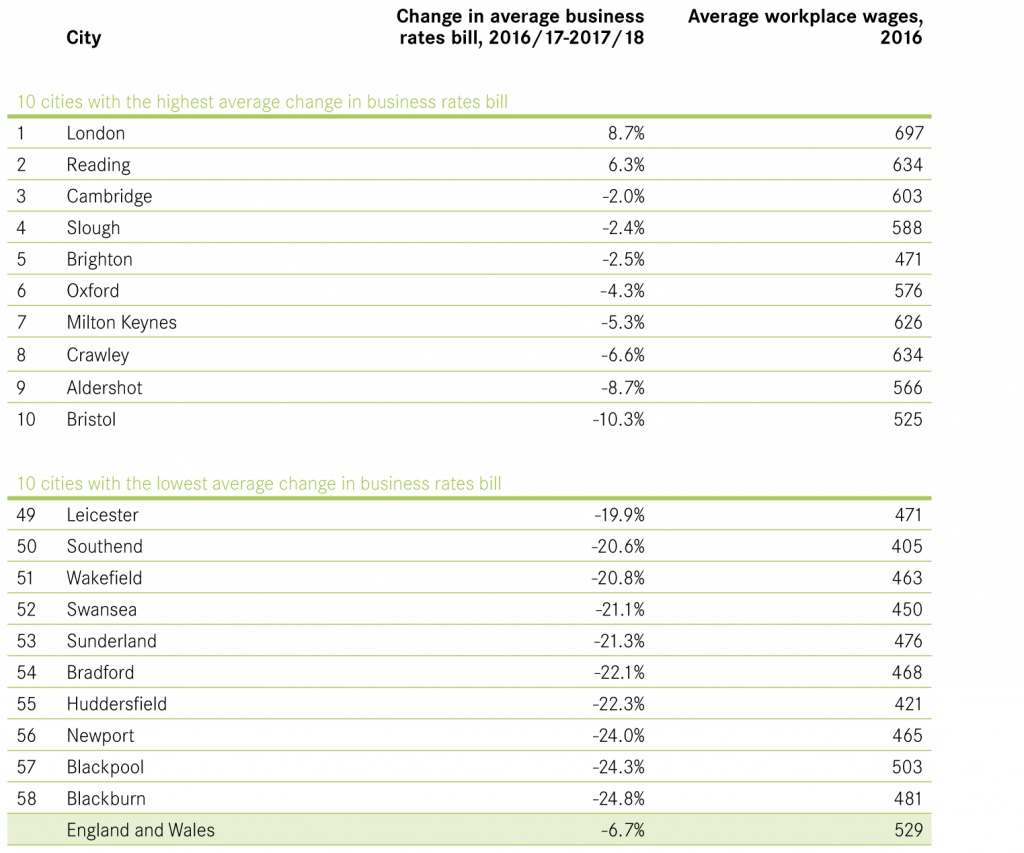 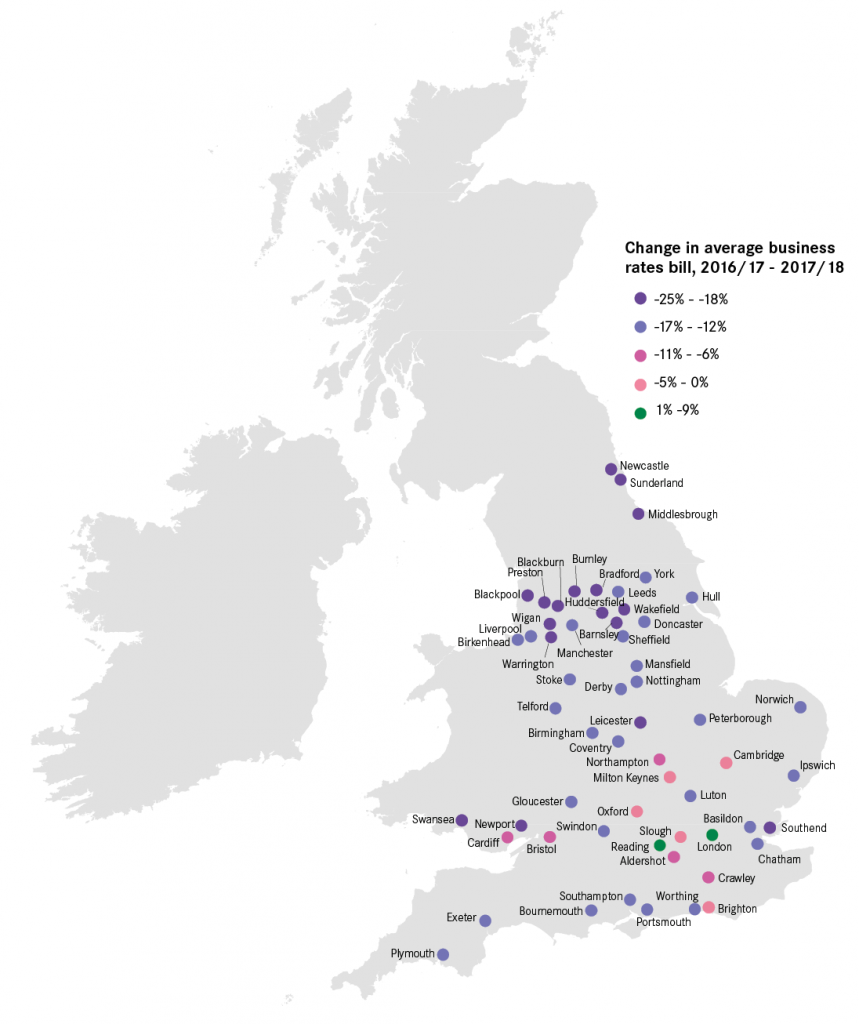 Of the 100 properties that will see the largest absolute increase, 94 of them are in London, and three are in Reading. This list is headed up by Harrods, which will see its rates increase by £6,000,000.