There is considerable variation in the economic performance of cities across the UK. The purpose of this chapter is to show the scale and nature of this variation by highlighting the performance of the 63 largest cities on 17 indicators covering:

For most indicators, the 10 strongest and 10 weakest performing cities are presented. Tables of the full list of cities can be found on: www.centreforcities.org/data-tool

Growing populations can give an indication of the economic opportunities that are available in cities. Cities that provide more job and career opportunities are likely to attract and retain more people than cities that do not.

City economies are predominantly driven by their businesses. The overall number of businesses in a city, as well as the number of new business start-ups and closures, are all good indicators of the strength of a city’s economy. 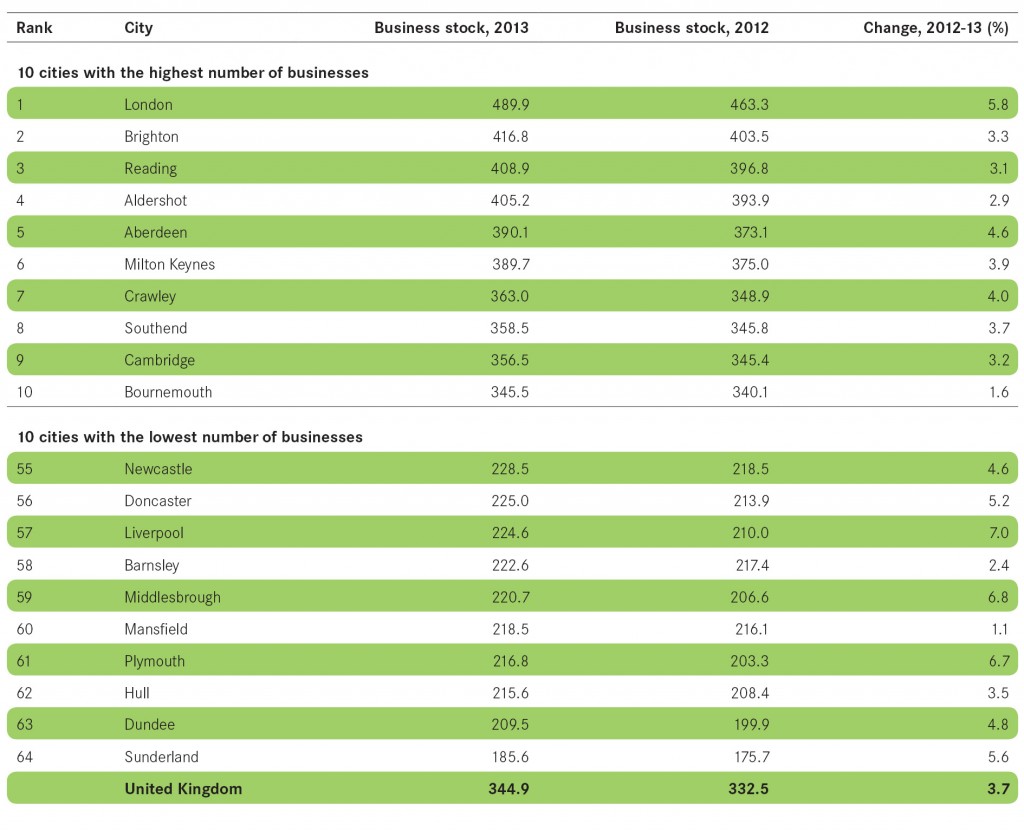 Productivity and innovation are drivers of long-run economic growth. Finding new and better ways of making goods and delivering services improves the performance of businesses which in turn increases wages and the capacity of city economies.

Figure 15: Relationship between productivity and jobs in knowledge-intensive firms 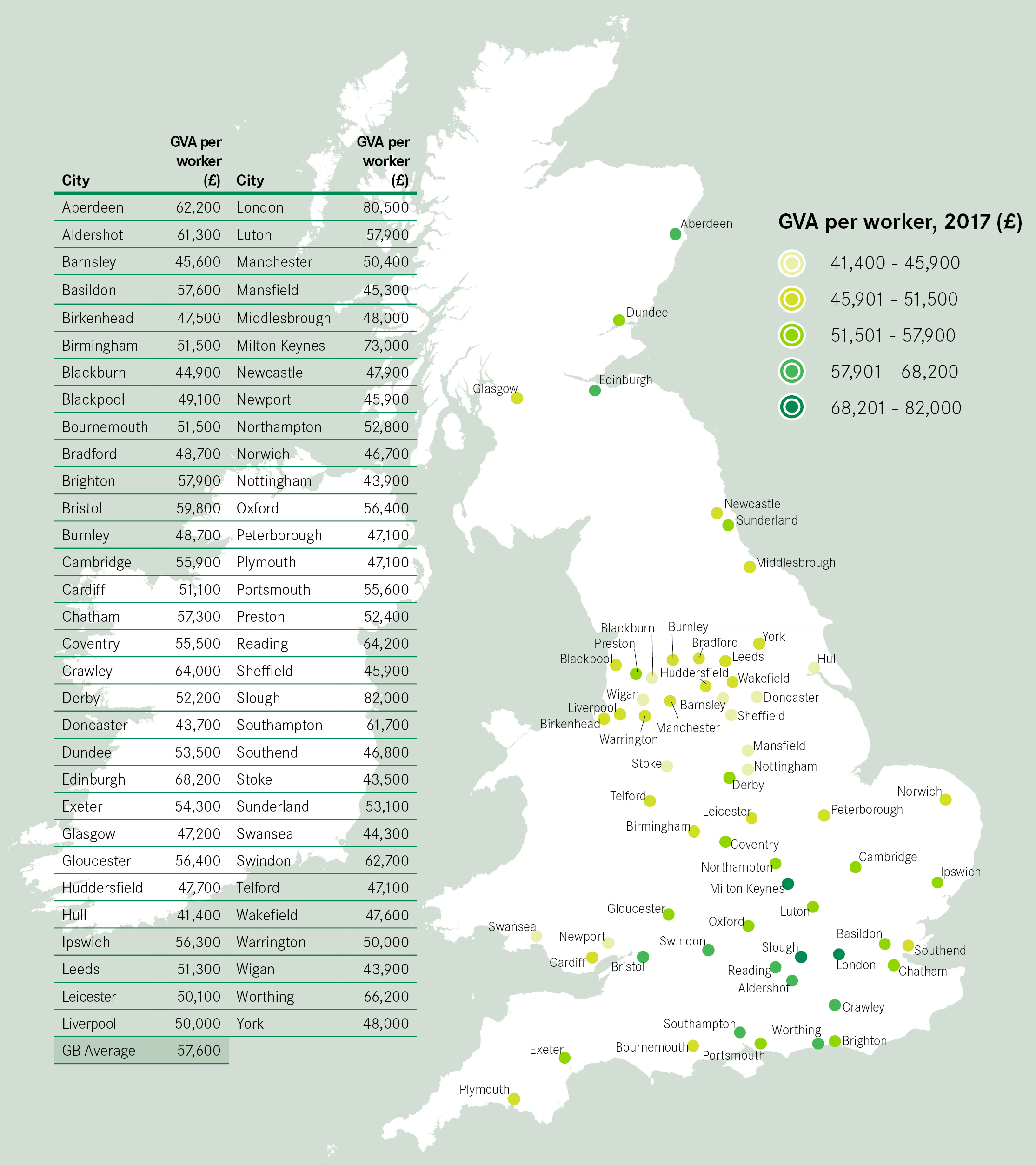 Jobseeker’s Allowance (JSA) is currently being rolled into Universal Credit which has led to inconsistencies in the definition of a claimant looking for work across the country. While this has a big impact when looking at change in claimant rates, a static picture still provides a good indication of the relative strength of different labour markets.

Skills levels are a key component of the success of a city economy. Those cities that have a high proportion of graduates tend to have stronger economies than those that have a large number of people with no formal qualifications. 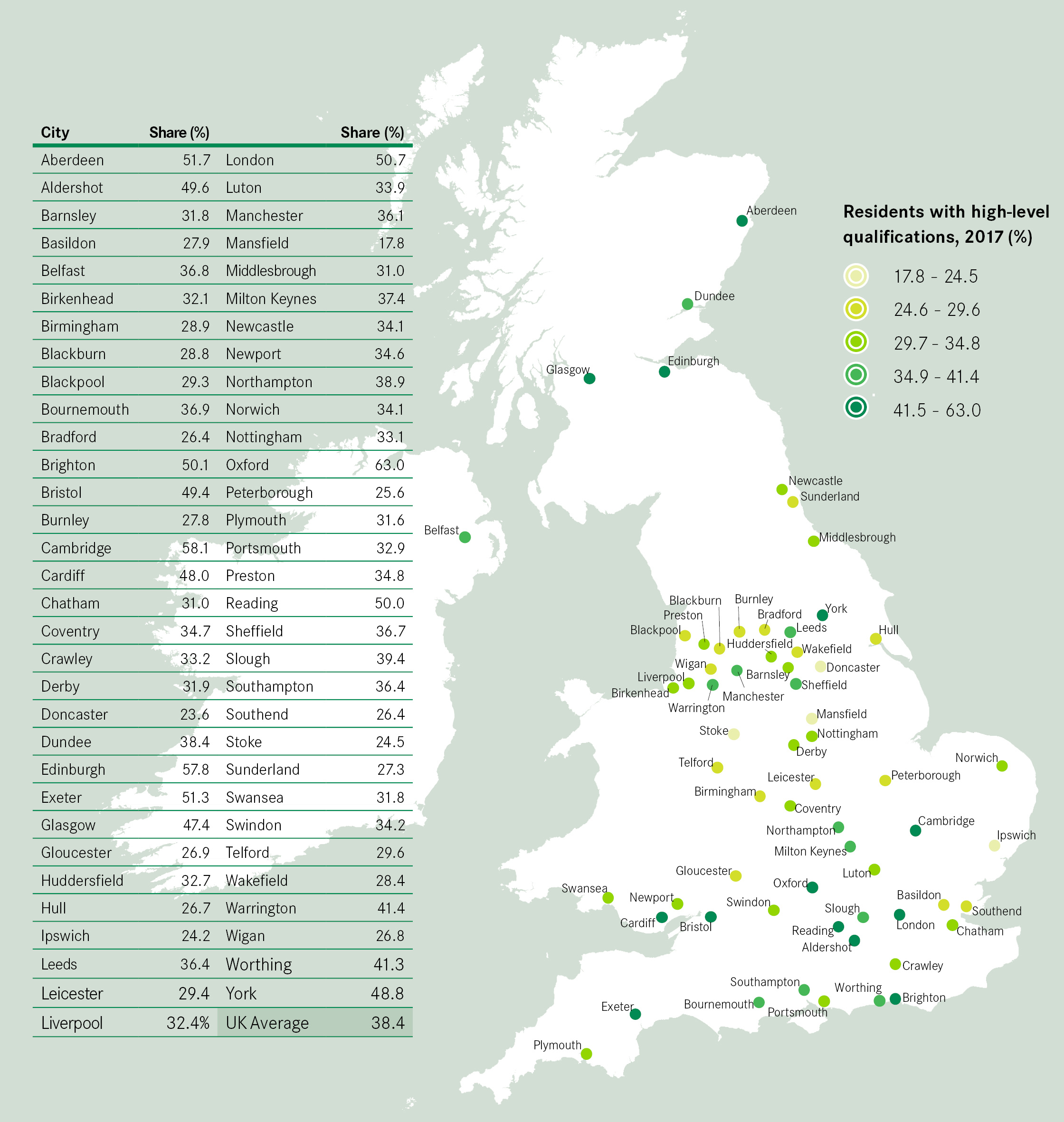 Wages reflect the types of jobs available in cities. Those cities that have higher workplace wages typically have a greater number of high-skilled jobs in them than those that have lower wages.

The stock of housing and house prices together provide useful insights into cities’ housing markets, highlighting both supply and demand and their impact on house affordability. 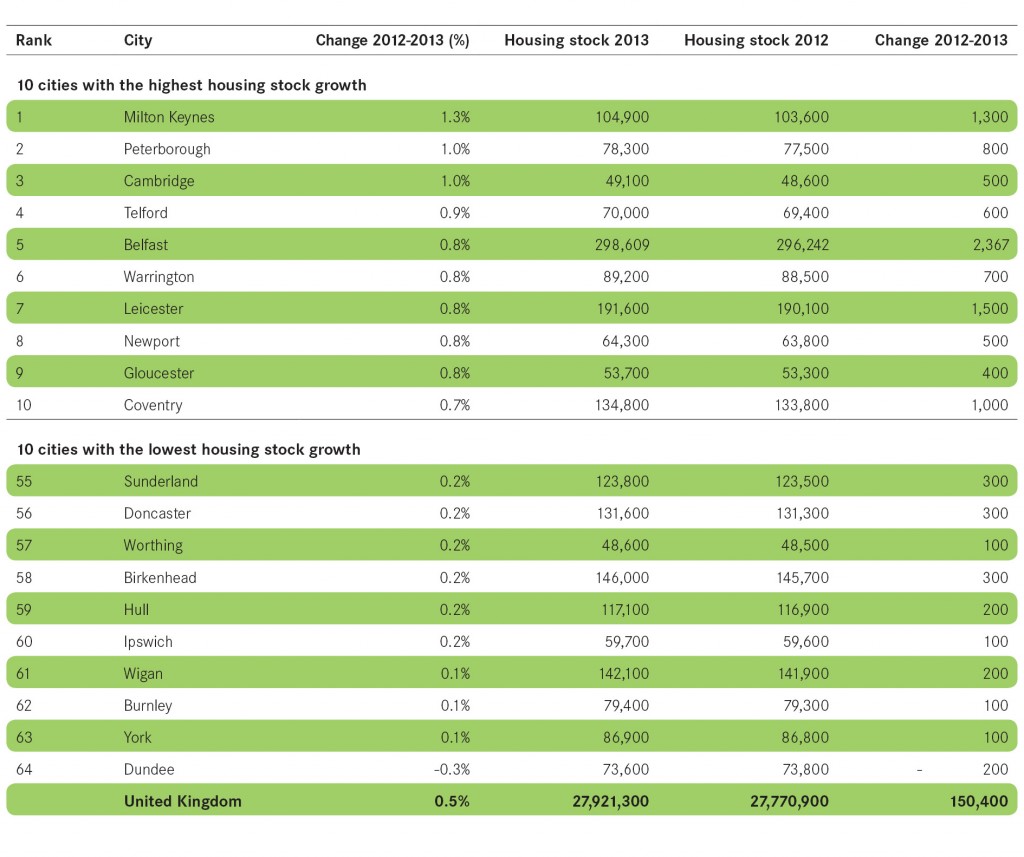 Accounting for over 76 per cent of total greenhouse gas emissions, CO2 emissions are one way to gauge how ‘green’ a city is and the size of its carbon footprint.

Broadband connectivity is a key component of the infrastructure offer that a city can make to business, entrepreneurs and residents. The development of optical fibre has considerably increased broadband speed across the country, now enabling access to ‘ultrafast’ (>100 Mbps) speeds.