The UK’s first policy intervention on air quality was the introduction of the first Clean Air Act in 1956 in response to the ‘Great Smog’ that engulfed London in 1952. But it wasn’t until the 1990s that local authorities were given responsibility for managing air quality in their areas.
This responsibility was set out in the National Air Quality Strategy (which itself was required as a result of the 1995 Environment Act), published in March 1997. Part IV of the plan requires local authorities to review air quality in their area and designate air quality management areas (AQMAs) where improvements are necessary. An air quality action plan describing the pollution reduction measures must then be put
in place.

More recently the Government has mandated a number of areas to improve their air quality. In total, 28 local authorities as well as the Greater London Authority (shown in Figure 3) exceed legal limits of NO2 (as defined in Box 2). They are required to develop local plans and assessments, and to consider the best options to achieve statutory NO2 limit values within the shortest possible time. Initial immediate actions plans are expected within eight months and final plans by the end of 2018.

To help fund delivery of the plans that local authorities produce, the Government made two pots of money available. Last July, it announced £225 million in funding as part of its Clean Air Strategy, and launched an additional £220 million Clean Air Fund at the Autumn Budget, which places can bid for to support improvements in their areas.
Policy options available include Clean Air Zones. A Clean Air Zone defines an area where targeted action is taken to improve air quality and resources are prioritised and coordinated to deliver improved health benefits and support economic growth. Under the 2017 plan, Clean Air Zones were identified as the most effective way of reducing air pollution from roads.

Figure 2: Bringing down emissions – the Government’s plan for Clean Air 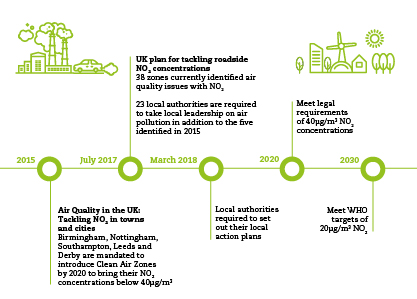 Figure 3: Cities required to take action by the July 2017 plan 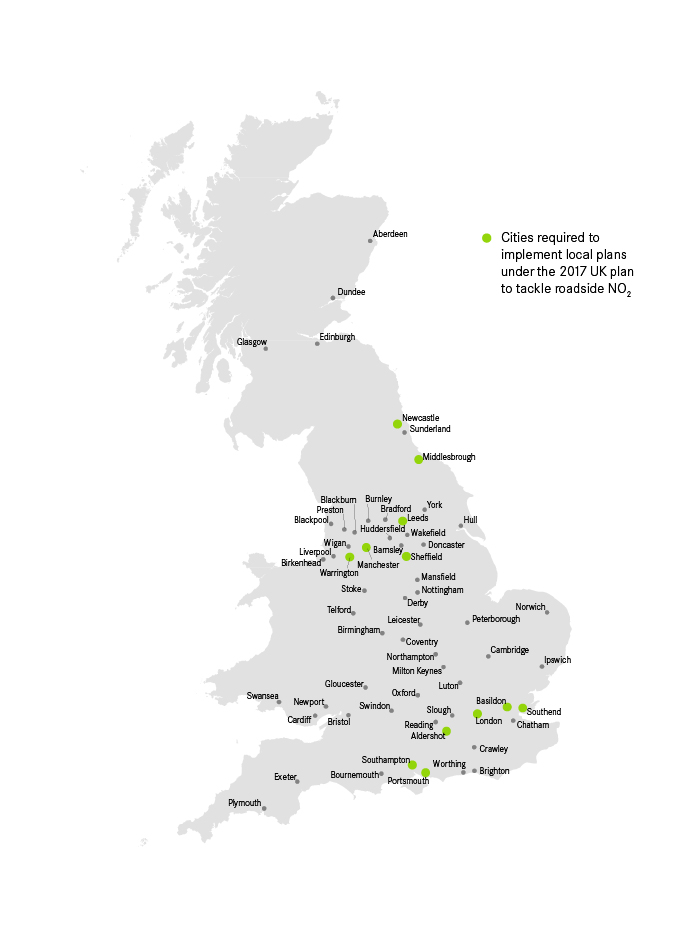