In May, voters will elect a metro mayor for Cambridgeshire and Peterborough for the second time. After a four-year term extended by the pandemic, the mayor will be elected for a three-year term before the cycle returns to once every four years from 2024. Recent polling by Savanta ComRes for Centre for Cities found that 77 per cent of residents were aware that it has an elected mayor, and 16 per cent could name the incumbent James Palmer. 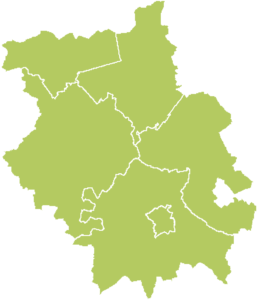 For the mayor to support the prosperity of the entire combined authority, they will likely require different approaches in the two distinct cities, and a third in the Fens that recognises its characteristics, such as with the Fens for the Future Partnership.1 These will need to be combined with a coherent approach for the common aspects of the area, as set out combined authority’s Cambridgeshire and Peterborough Independent Economic Review (CPIER).2

Beyond the immediate priority of recovering from the Covid-19 pandemic, which saw unemployment-related benefits claims rise by 15,000 locally, this briefing sets out three priorities (and an issue for government) for Cambridgeshire and Peterborough that tackle problems which pre-date the pandemic and will persist beyond it.

These include improving housing affordability; reducing congestion, air pollution, and increasing public transport usage; and improving skills for young people, alongside a recommendation for Government that the unique ‘triple-tier’ institutional situation in the combined authority be reformed.