04Recognise the contribution from the rest of the country 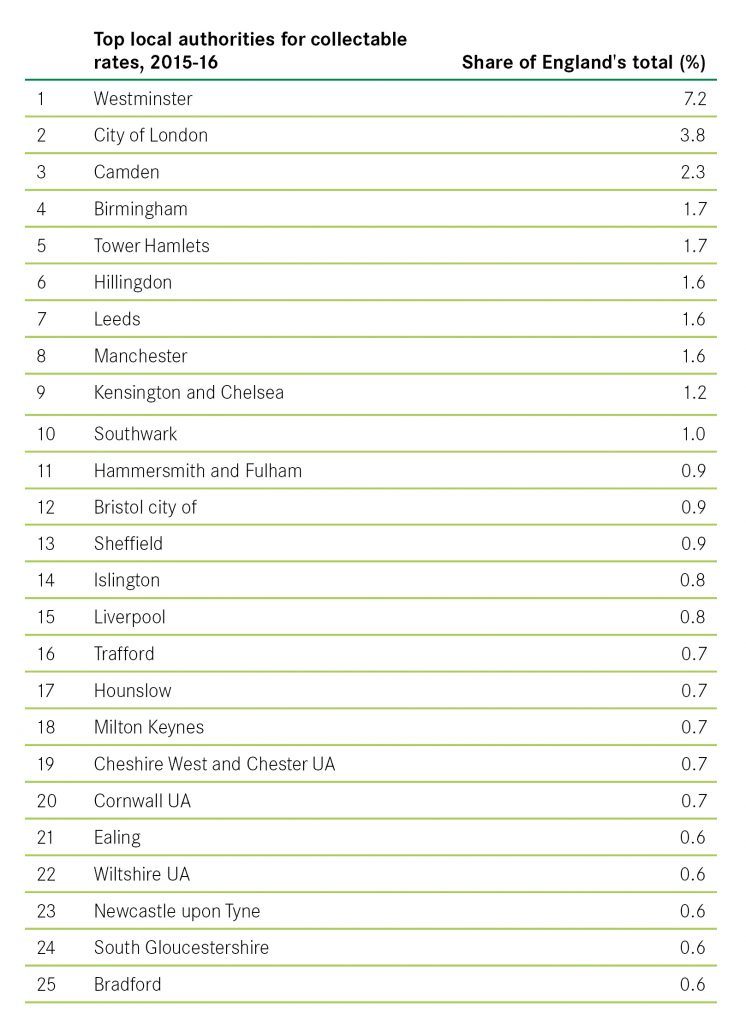 As a result, trying to incentivise non-commercial areas to attract more businesses and reward such behaviours is likely to be ineffective. At the same time, the expected financial reliance on business rates means that these places need to find sustainable alternative sources of funding.

Acknowledging the fact that non-city areas are less able to increase their business rates, and understanding the role these places play in the overall economy, can help shape additional specifications to the system to allow them to benefit from it.

There is increasing recognition that urban local authorities are not individual economies but instead that each place plays a role in its wider city economy. While jobs tend to concentrate in specific areas – typically cities and city centres – workers tend to be more widely spread, with many living in surrounding local authorities. In 2011, two-thirds of workers based in a city centre in England and Wales lived in another local authority.

But because business rates are a tax on commercial property, only local authorities where businesses are located get revenues. This creates a mismatch between where the tax is generated and where revenues are spent in local services. Box 6 illustrates this with the case of Greater Manchester.

As shown in Figure 9, more than 20 per cent of the economically active population of Trafford worked in Manchester, as did one in six working age residents of Salford and Tameside. But as work is located in Manchester, business rates are generated and collected there.

And this can be an issue for local finance. As shown in Figure 10, some local authorities such as Trafford and Manchester generate large amount of business rates per inhabitant (measured by business rates receipts) and have relatively low spending needs per head (measured as revenue expenditure per capita). By contrast, Tameside, Oldham and Rochdale provide workers to Manchester’s economy and have large expenditure needs, but do not generate much in business rates locally. 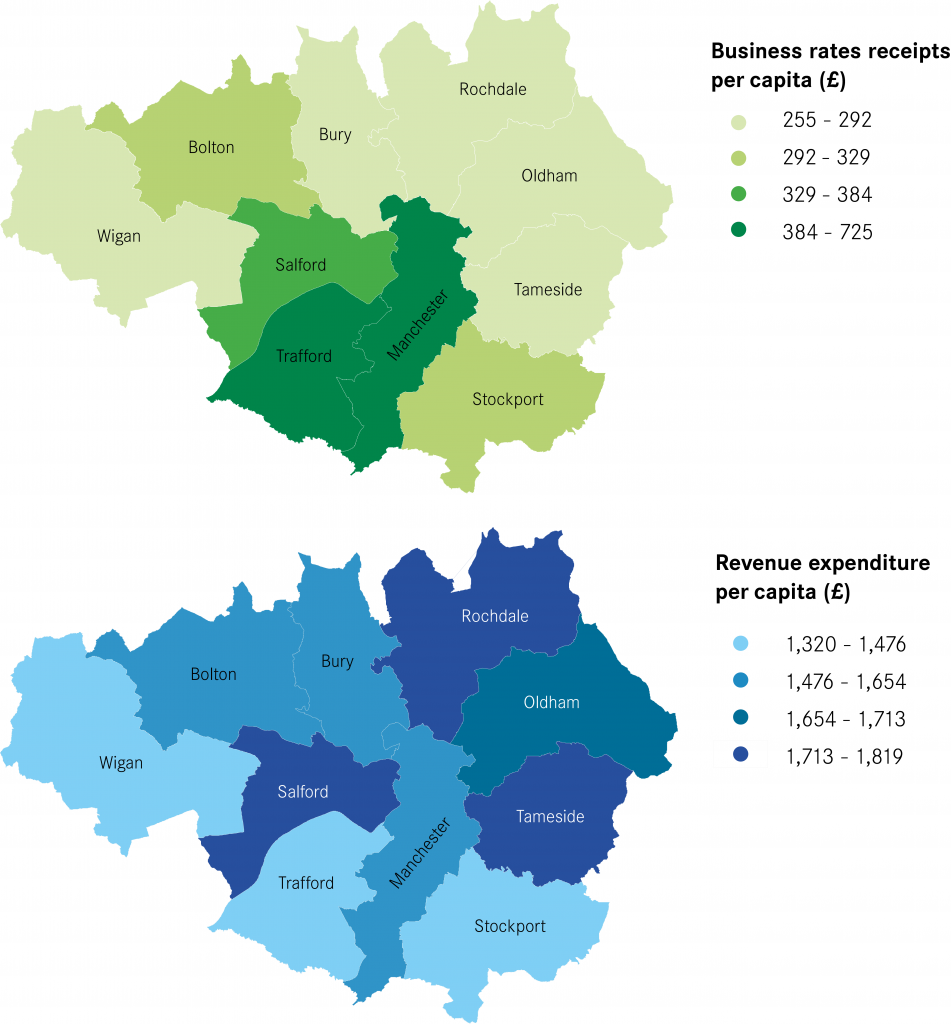 Pooling business rates revenues across city regions could help address this mismatch in tax and spend.13 In particular pooling would:

Local authorities’ decision of whether or not to pool business rates will be affected by many factors, including local politics and the type of powers that will be on the table for devolution. But on a purely fiscal point of view, local authorities would only be willing to pool if they could get better financial or economic returns. This leaves two possibilities. The first is to ensure the pooling system has additional incentives to make it a more financially attractive solution than the status quo. This could include local rebates or the ability for authorities to have more flexibility over the multiplier. The second is for Government to enforce pooling, on the basis that it would achieve a better outcome to the wider city-region.

For those places outside city-regions, the concentration of the economy in cities and their more limited ability to generate business rates growth would leave them with a high level of dependence on the system. This is why places that do not generate enough rates to cover for their services still need a national system of top-up and tariffs.