05Devolution is good for the national exchequer too

There is also good reason to believe that sharpening the incentives for places to grow through greater levels of local tax retention won’t only bring financial benefits to local areas, but to the national exchequer too.

If cities successfully support business growth in their area and build more homes, it won’t just be the levels of business rate or stamp duty revenues that increase, but also levels of income tax, or corporation tax too.

For example, if land and property taxes were devolved, resulting in behaviours by local government that increased stamp duty revenues by 1 per cent above trend, that could also generate in the region of an associated net additional £1.05 billion in income tax collected nationally (or 1 per cent of the total income tax bill based on 2014-15 figures).

This highlights that by shifting behaviours at a local level, national government could achieve a significant increase in national tax revenues, without needing to raise the level of taxes across the country. 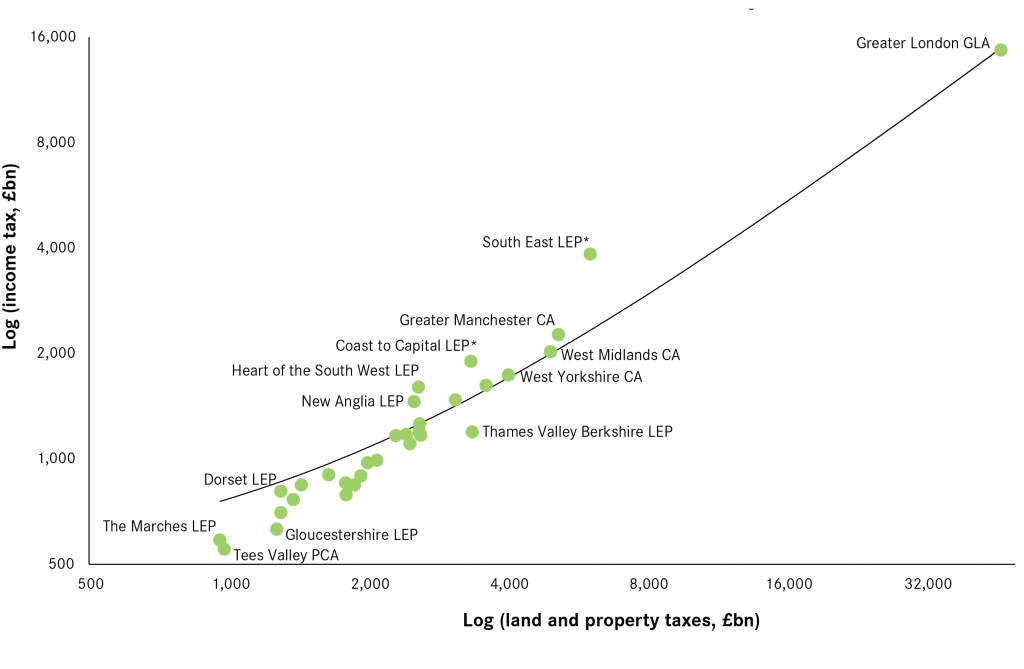