The Government’s new industrial strategy – its flagship domestic policy – aims to improve living standards and economic growth by increasing productivity and driving growth up and down the country.

Some types of business will have a much bigger role to play in this than others. Exporting’ businesses – those firms that sell their products to regional, national and international markets – are in a strong position to add value to the economy and drive productivity growth. But some exporting firms are more productive than others. It is the high knowledge exporters that employ highly skilled people that will be the most important focus for the industrial strategy.

Looking at the characteristics of different cities in more detail helps to explain the varying patterns of economic growth.

Implications for the industrial strategy

These findings highlight the different challenges and opportunities that cities across the country face. Despite this variation there are a number of broad implications for the Government’s industrial strategy if it wants to encourage growth up and down the country.

Distribution of businesses in different types of areas 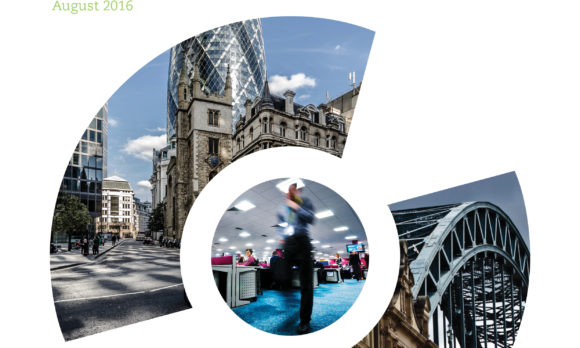