The housing crisis remains one of the biggest domestic challenges that the UK faces, and this problem is particularly acute in cities in the Greater South East of England where demand outpaces supply.

While there is now a good understanding of which cities and towns build the most – and the fewest – homes, much less attention is given to exactly where in cities new homes are being built, and why.

For the first time, this report uses new data to examine which neighbourhoods within cities are building the most new homes and explores what this means for policy making.

Where in cities are new homes being built?

Why is this happening?

The local housing plans, national policy and NIMBYism are are forcing the concentration of new homes in city centres, or on the very edges of cities.

However, this is not sustainable and solving the housing crisis will require building more housing in existing suburbs, in addition to making more land available for development on the outskirts of cities.

What needs to change? 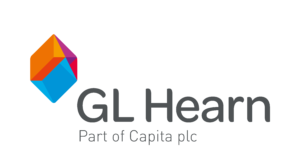 This briefing was made possible with the support of GL Hearn.