Cities make a huge contribution to the UK’s prosperity. They account for around 60 per cent of jobs, business starts and growth in the economy. Yet, there is huge regional variation in this: cities in Southern England are almost 50 per cent more productive than those elsewhere in the UK.

As an international comparison, the average worker in the Greater South East is more productive than their counterparts in Germany, but those in the rest of the UK are far less productive – meaning they will usually work longer hours and are paid less for their labour.

If politicians seeking the public’s votes on 12 December want to make Britain a more prosperous and productive place to live then the economic performance of cities needs to be considered at this election.

Our Urban Manifesto sets out our city-focused, five-point plan to transform Britain:

The next Government should establish a £5 billion city centre productivity fund for councils to bid into to make their city centres more attractive places to do business.

The next Government should establish an Adult Education Service, similar to Singapore’s system that assigns £300 a year for training every person over 25 without good GCSEs.

3. Make it easier to build more homes in high-demand cities

The next Government should introduce a flexible zoning system, where development can proceed unless the council blocks it.

4. Give all cities London-style powers to manage bus networks

The next Government should extend the bus franchising powers already available to metro mayors to all cities, and it should provide £50 million funding to encourage mayors to use the powers they already have.

The next Government should set out a clear plan for ensuring that all of the existing metro mayors, and any new ones created, are given powers and resources comparable to their international counterparts. 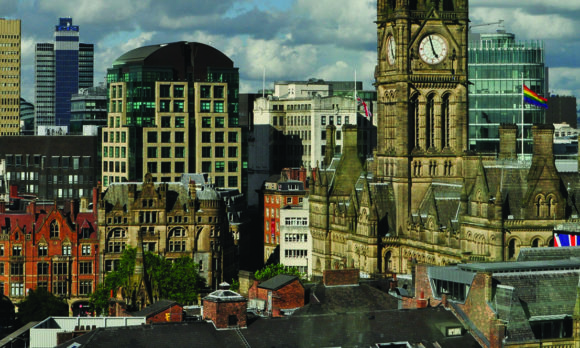 Read more on our Urban Manifesto

How can the next government boost productivity and prosperity across the country?

Two big domestic issues that the next government will be pressed to address are the UK economy’s poor productivity performance and the north-south divide. Paul Swinney argues that these challenges are one of the same.

What should the election manifestos promise on housing?

If politicians want to solve the housing crisis, they need to target housebuilding in the most expensive cities, argues Anthony Breach.

Not all high streets are struggling — those that are thriving are doing so because they function well as places of work. For this reason, policies to address the decline of high streets must also address the underlying economic causes if they are to be success.

The Future of Work
Cross-party, long-term commitment to adult education and lifelong learning are key to reengaging ‘left behind’ people and places

Elena Magrini calls for a cross-party, long-term commitment to adult education and lifelong learning to reengage ‘left behind’ people and places.

The whole country will suffer if the freedoms of England's devolved mayors are limited, warns Chief Executive Andrew Carter.

The next Government should prioritise urban transport improvements and give cities the power to deliver them.