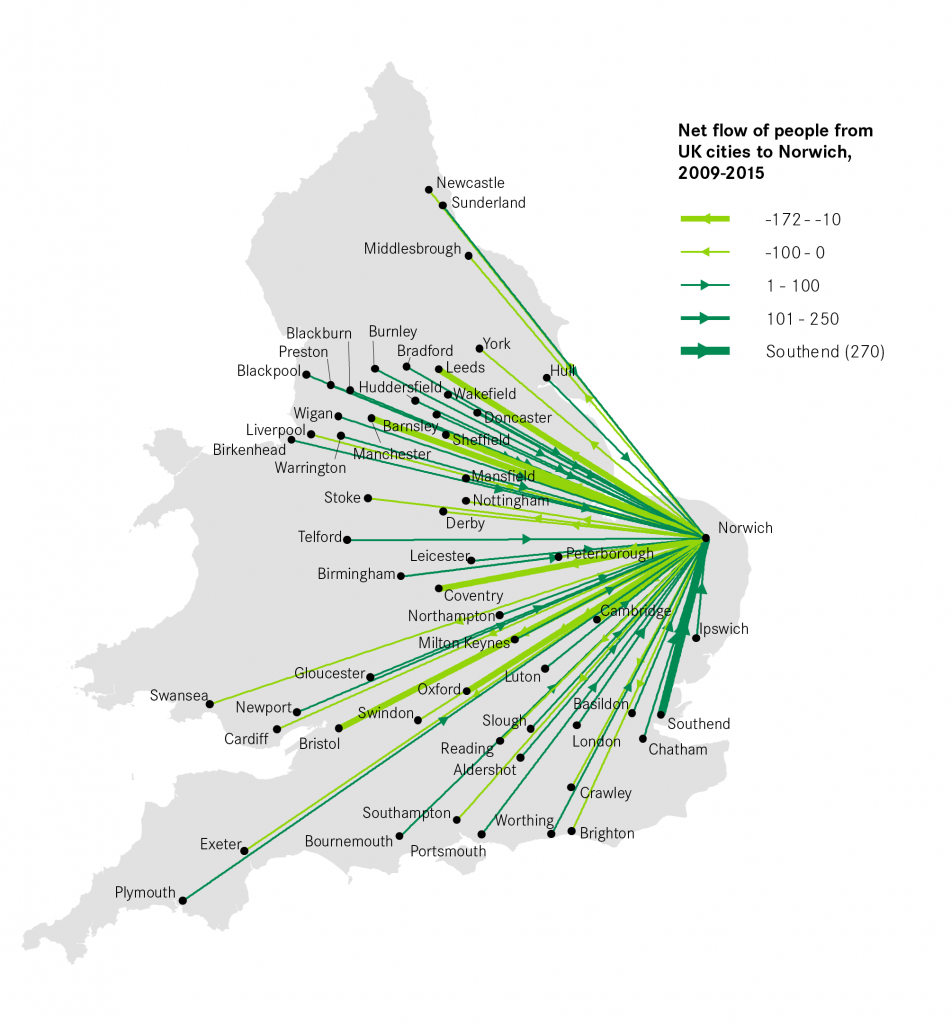 The net flow of people into Norwich from other UK Cities

This report has kindly been supported by The University of East Anglia.