This briefing is a complementary piece of analysis to the main report, in which we look in detail at the nature of migration and graduate mobility into and out of Coventry. First, it looks at overall migration patterns into and out of Coventry. Secondly, it looks specifically at the movements of students and new graduates. Finally, it looks at the new graduate labour market in the city. 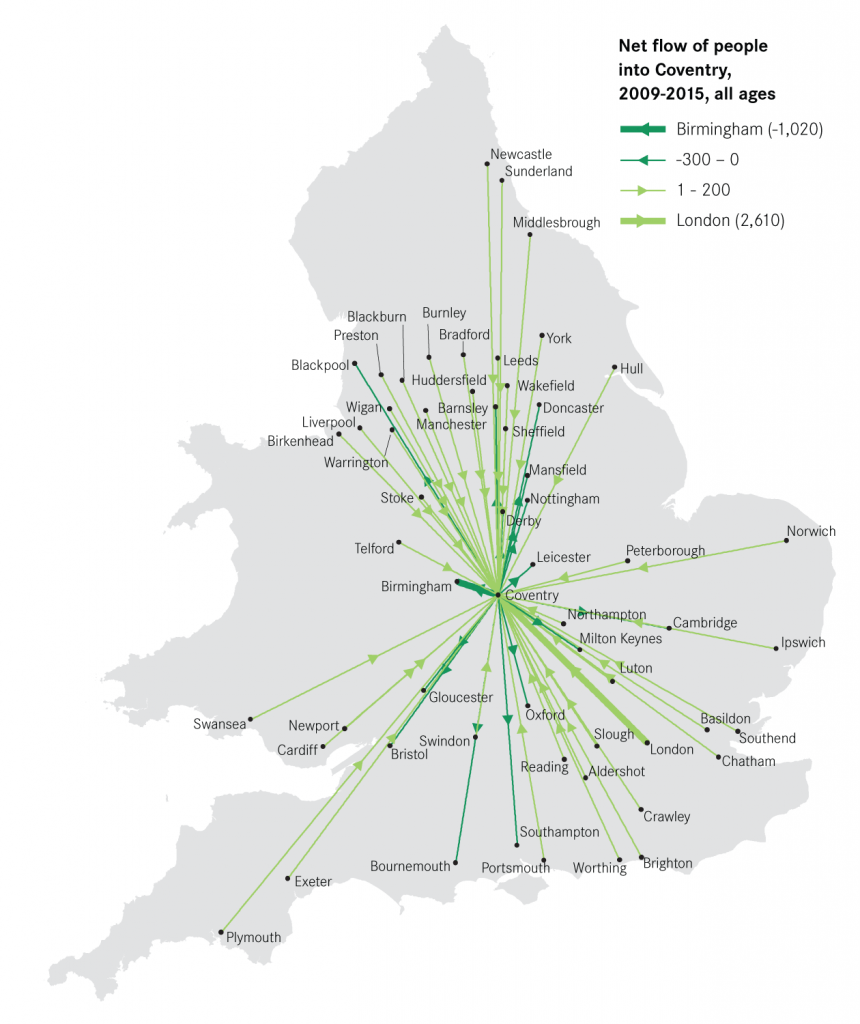 Net flow of people between Coventry and UK cities

Coventry’s migration patterns are dominated by the movements of university students and young graduates. There was a large net inflow of 16 to 21 year olds into the city for university and a large net outflow occurred as 22 to 30 year-old degree-educated residents left the city.

The city attracts a large number of international students. More than a third of the students in Coventry came from outside the UK. This is the highest proportion among UK Cities and reflects the attractiveness of Coventry as a place to study.

Overall Coventry gained graduates. The inflow of students into the city’s higher education institutions was followed by an outflow of new graduates. But these movements mask the underlying trend of Coventry gaining graduates. While many people who had come to study left upon graduation, some remained and others moved to the city for work. This increased the number of degree holders working in the city.

To increase the size of the graduate labour force in the city, be they from Coventry’s universities or from elsewhere, the city should focus on improving job opportunities. This includes promoting the creation of KIBS jobs as well as building on Coventry’s existing strengths in manufacturing.