We commissioned ComRes to survey 2,500 people across the five biggest city-regions due to introduce ‘metro-mayors’ in May 2017 – Greater Manchester, Sheffield City Region, Liverpool City Region, the North East and the West Midlands. Here are four things the polling results reveal:

1. Awareness of the introduction of new Mayors is quite high given the elections are a year away. 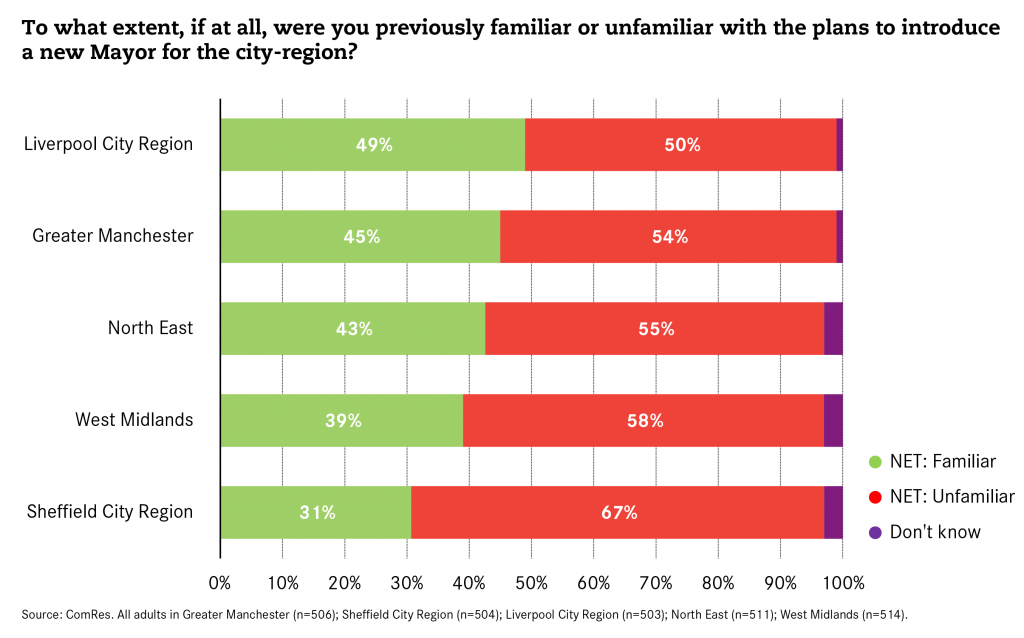 2. People are keen for the new mayors to have more powers than council leaders. 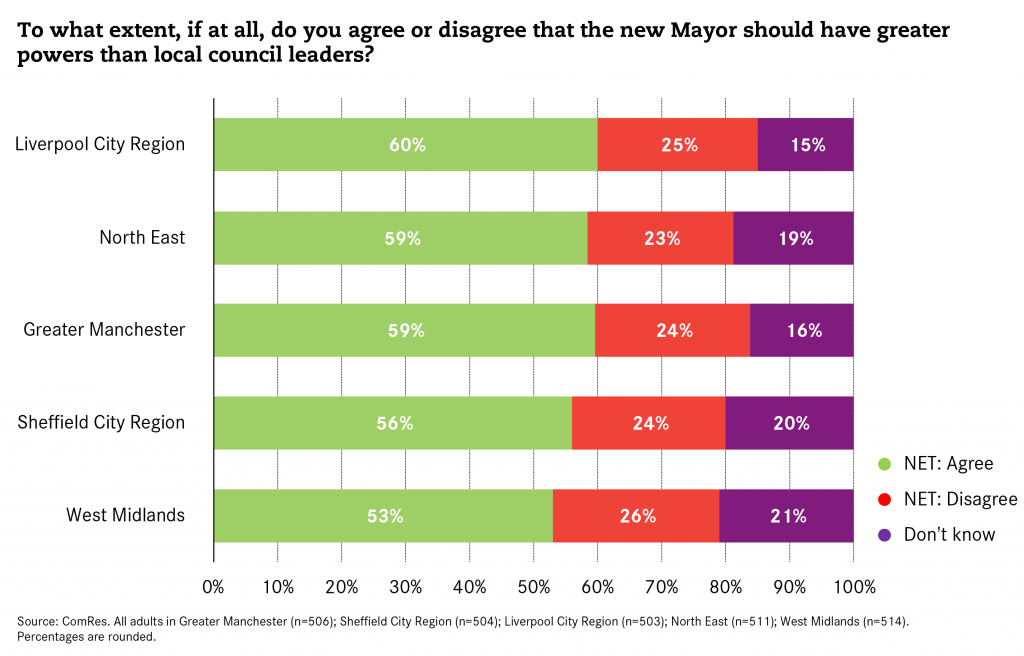 3. At the moment, only the Greater Manchester Mayor will have the powers to deliver on some of the big concerns identified by those living in the five biggest city-regions. 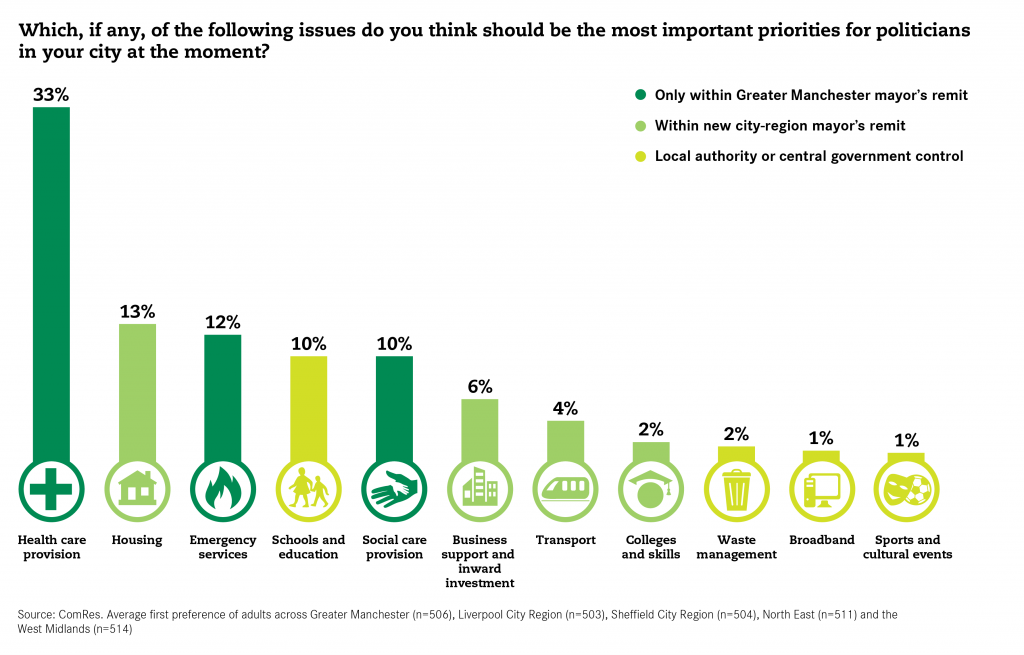 4. Despite the attention the idea has received, people in the Sheffield City Region, the Liverpool City Region, the North East and the West Midlands do not view the introduction of smart-ticketing as an immediate priority. 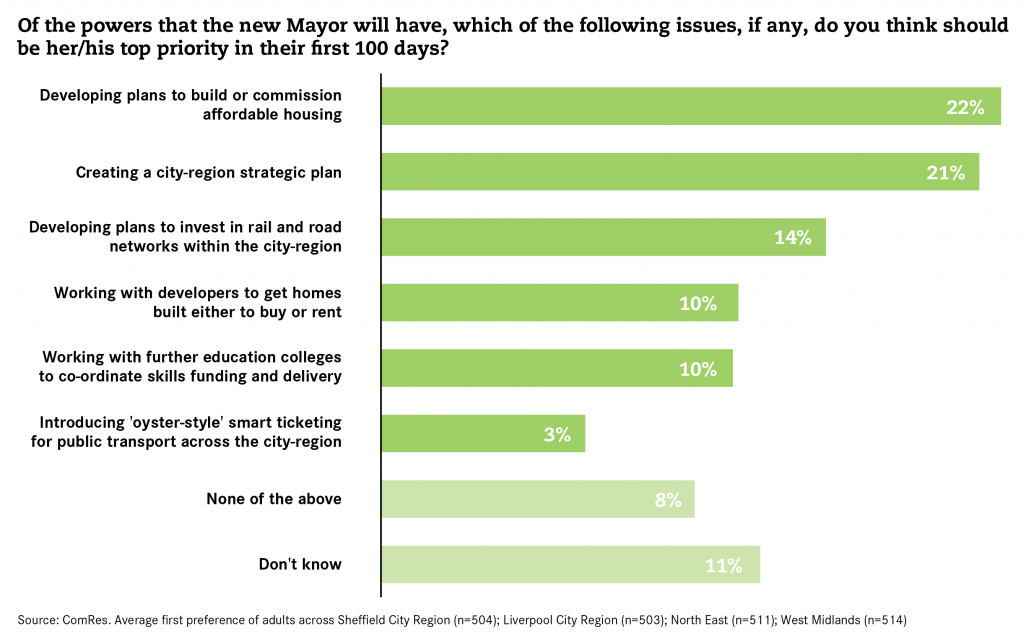 We’ll be discussing the results of the polling in a series of events in Northern and Midlands city-regions during the summer. For more information and to register, visit our events page.

ComRes interviewed 2,538 British adults online within the wider ‘city-regions’ of Manchester (n=506), Sheffield (n=504), Liverpool (n=503), North East (n=511) and West Midlands (n=514) between 8th and 18th April 2016. Respondents were sampled to be representative by age and gender of adults aged 18+ living in their respective city-region. ComRes is a member of the British Polling Council and abides by its rules. More details of the polling results can be found at: http://www.comres.co.uk/polls/centre-for-cities-2017-mayoral-research/