The devolution of business rates aims to incentivise economic growth by aligning fiscal interests with growth requirements. The assumption is that allowing cities to have more control over business rates would encourage them to do what is necessary to increase this income stream, which would also help deliver economic growth.

But while the steps to achieving growth are different across cities, the business rates incentive is the same everywhere. The business rates system rewards the expansion of commercial floorspace. This is the appropriate thing to do in already successful cities, where demand is high and more needs to be built.

But in weaker cities the incentive will translate into local authorities allowing the development of large, out-of-town premises, matching the demand for lower value activities, instead of adapting their economy and attracting higher value and more productive businesses.

There are several adjustments that can be made to the system to make sure that (i) it incentivises long-term growth in a greater number of cities and (ii) it rewards the contribution of other areas in the country: 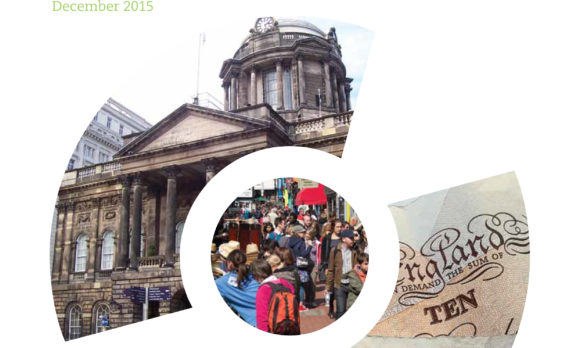 Devolution High Streets
Devolution Future of cities Levelling up
Conservative Party Conference: How do we level up health inequalities across the UK?