This is according to a new briefing published today by the think tank Centre for Cities, which examines how the Government can ensure that business rates devolution (1) supports long-term economic growth in cities across the country.

The briefing warns that devolving the business rates system in its current form will help successful cities to become more productive, but will not give struggling places the right incentives to tackle low productivity and encourage economic growth.

This is because in the current system, places can only increase business rates revenue by increasing the quantity – but not the quality – of commercial floor space in their areas (2). This has different impacts in different places: 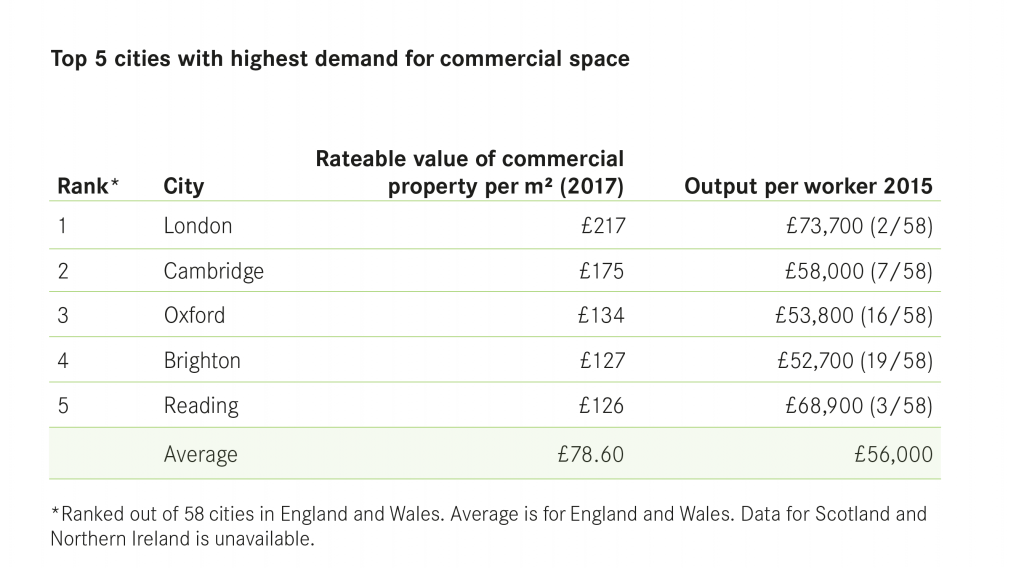 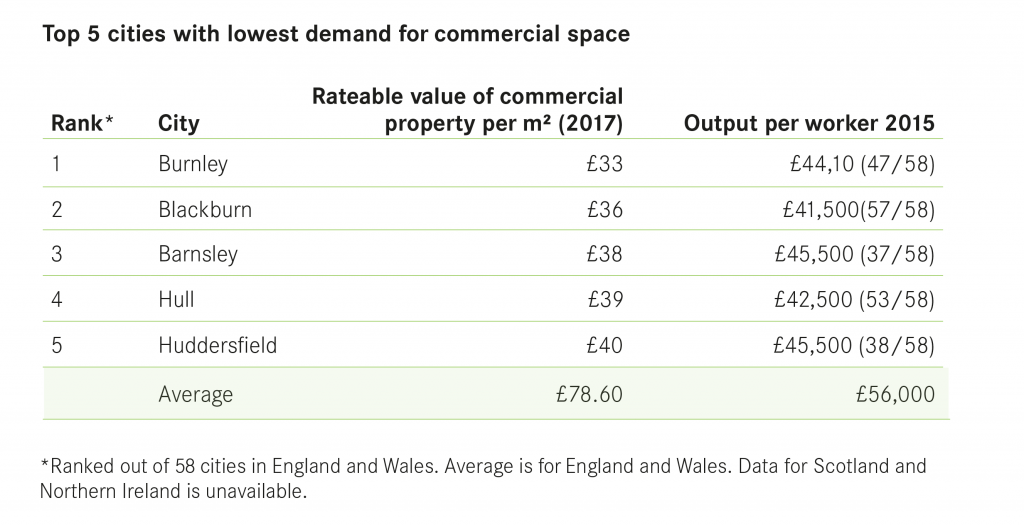 The briefing sets out two main reforms that the Government should make to ensure that business rates devolution supports long-term growth in as many places as possible:

“Devolving business rates could be a hugely significant step towards giving cities more of the powers, resources and incentives they need to tackle the economic challenges they face.  But for that to happen, the Government needs to make the current system more inclusive and responsive to the needs of struggling places – otherwise devolution will entrench economic disparities across the country.

“That means giving places more incentives to improve their commercial property, as well as making more business space available. Not only will that reward places for taking the right steps to attract more high value firms and jobs, it will also help generate more business rates revenue overall – some of which can be redistributed to places which are struggling.

“In the long-term, the Government should also consider other fiscal powers that it can hand to cities, such as land and property taxes. This will be important in putting cities across the country on a sustainable financial footing for the future.”

(2) This is because the rateable values assigned to properties in places across the country are fixed for a number of years, meaning that the only way to increase total intake from rates is to expand floor space.