This is according to a report published today by the think tank Centre for Cities, ahead of the release tomorrow of the Government’s Brexit ‘no deal’ plans.

The report examines the economic contribution of EU migrants in English and Welsh cities (1), and how these places could be affected by the end of Freedom of Movement after Brexit.

Moreover, the report shows that cities in the Greater South East – including some of the UK’s most productive places – are particularly reliant on EU migrants, who account for around 1 in 10 workers in cities such as Cambridge, London and Oxford.

The report calls for the Government to extend Freedom of Movement for two years after March 2019 in the event of a ‘no deal’ scenario. This will ensure cities can continue to attract the workers they need to prosper, especially highly productive places which are integral to the success of the national economy. It will also help people and business prepare for the new post-Brexit migration system. 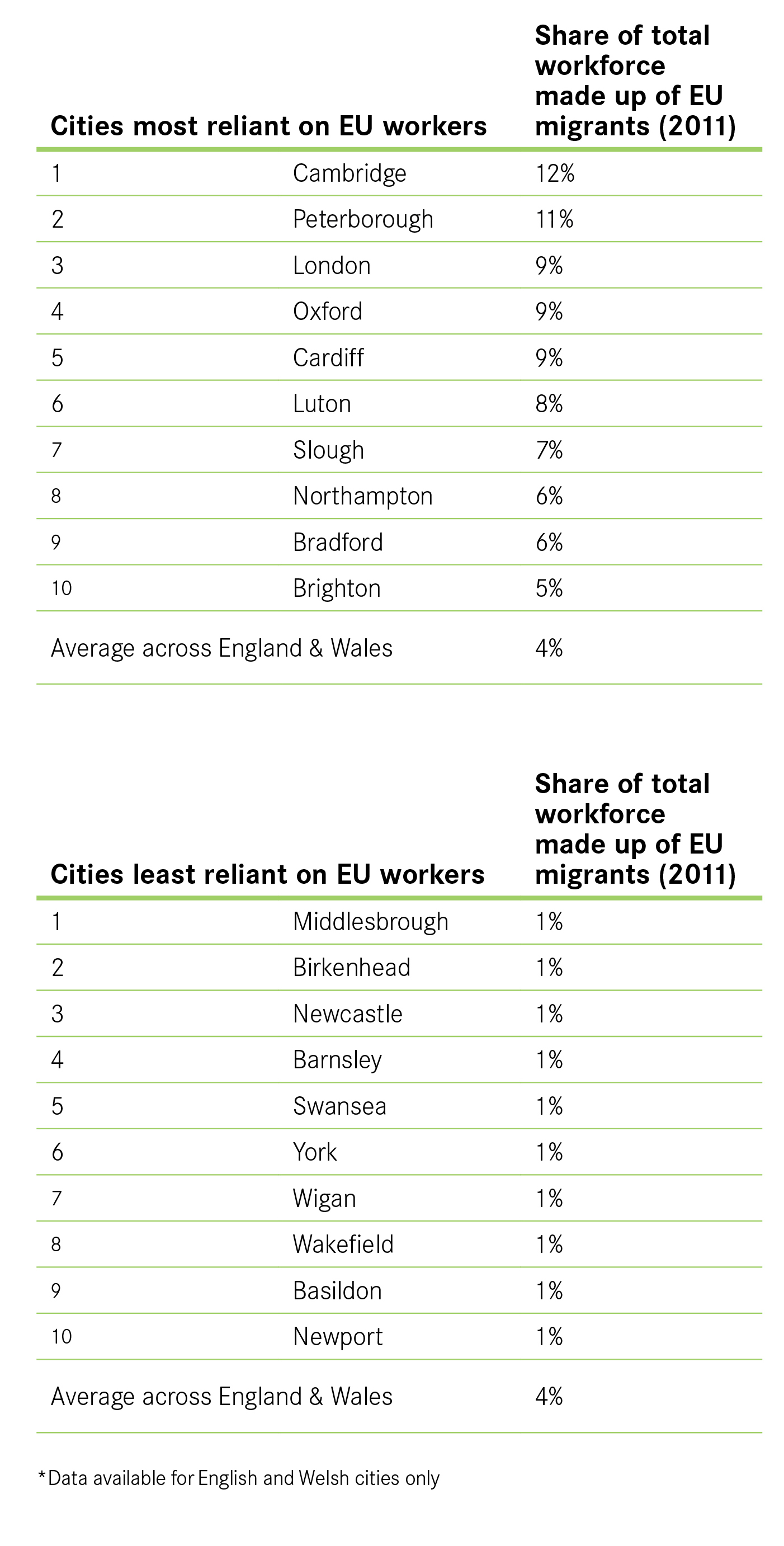 The report sets out a number of other important findings which should by key considerations for the Government as it develops the UK’s post-Brexit immigration system:

“The UK’s future outside the EU is unclear, especially in a ‘no deal scenario’. But whatever the outcome of Brexit negotiations, the Government can offer certainty by ensuring cities can continue to attract the high-skilled and low-skilled EU migrants they need to thrive.

“In the short-term, it should continue to allow EU migrants to come and work in UK cities for at least the next two years, even if there is no Brexit deal in place. This will be crucial in helping cities avoid a cliff-edge in terms of recruiting the workers they need.

“In the long-term, we need an immigration system which is more flexible than current rules on migration from outside the European Economic Area. That means scrapping the cap on high-skilled workers, and offering more cities continued scope to attract low-skilled workers. Not only will that be vital for the prosperity of places across the country, it will also be critical for the national economy in the years to come.”

All data is based on Census 2011 for England and Wales unless otherwise stated.

Centre for Cities is a research and policy institute, dedicated to improving the economic success of UK cities. We are a charity that works with cities, business and Whitehall to develop and implement policy that supports the performance of urban economies. We do this through impartial research and knowledge exchange. For more information, please visit centreforcities.org/about