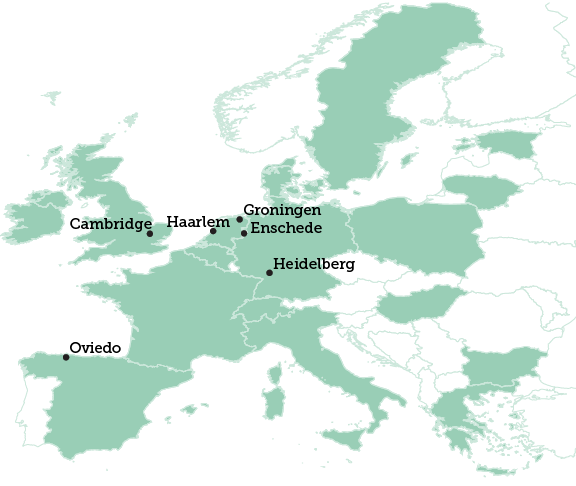 This factsheet compares Cambridge to the five most similar European cities in size and industrial structure. These are: Groningen (Netherlands), Enschede (Netherlands), Haarlem (Netherlands), Oviedo (Spain)
and Heidelberg (Germany)

Comparing cities in this way helps us to understand more about how well UK cities are competing on an international scale because it groups cities with similar industrial structures, rather than on their resulting economic performance. The factsheet also compares the relative strengths and weaknesses of Cambridge to its European counterparts on variables such as skills, employment and productivity.

Cambridge and the cities in its group are small in size with relatively large public sectors, as well as a relatively large business services sector. Their manufacturing bases however are among the smallest. 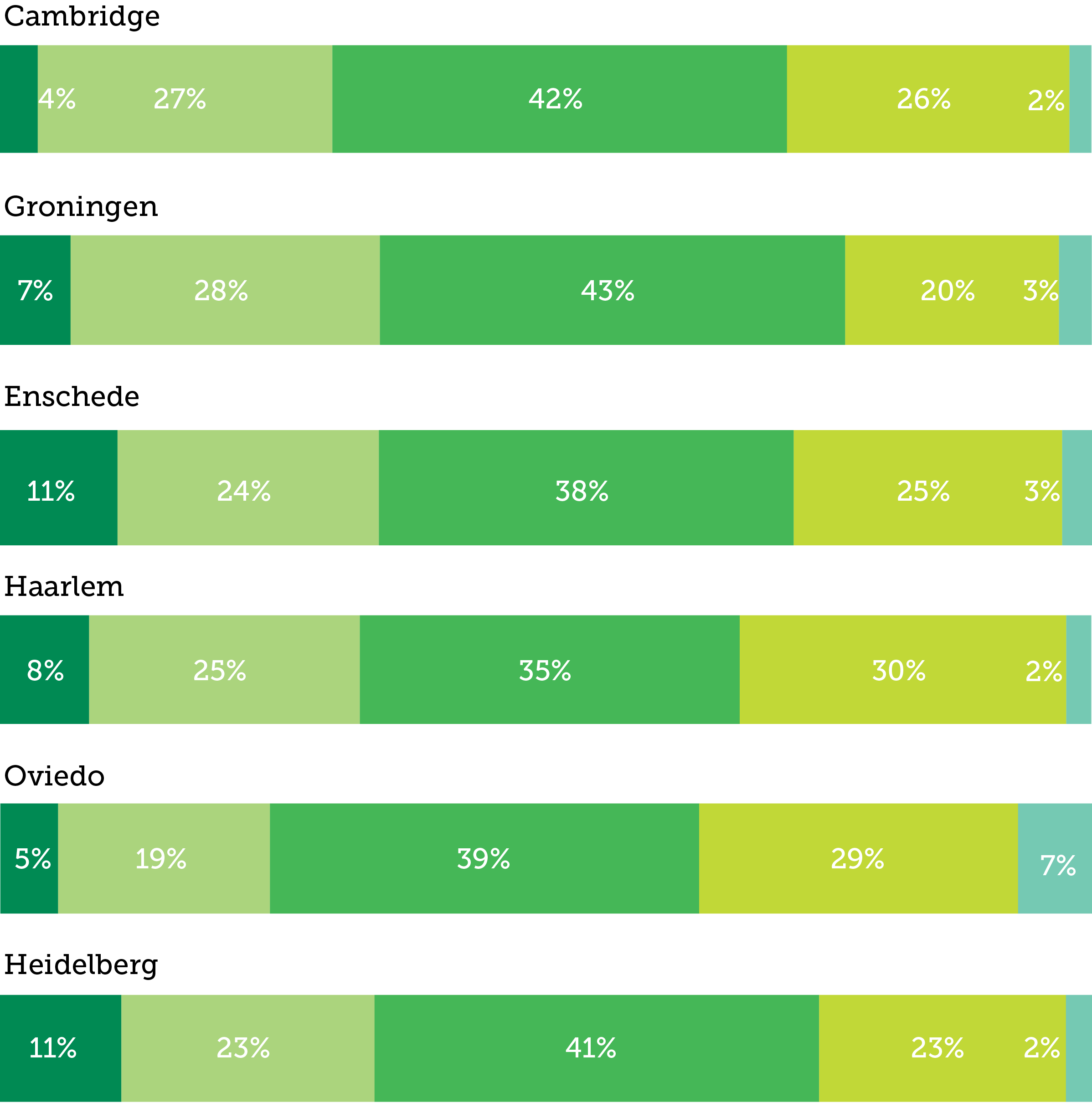 Cambridge is high performer in its group and across the board, with a high number of patents, and the most highly skilled population among all European cities analysed. However, while it ranks 3rd in its group for GVA per worker (productivity), it falls some way behind Groningen.