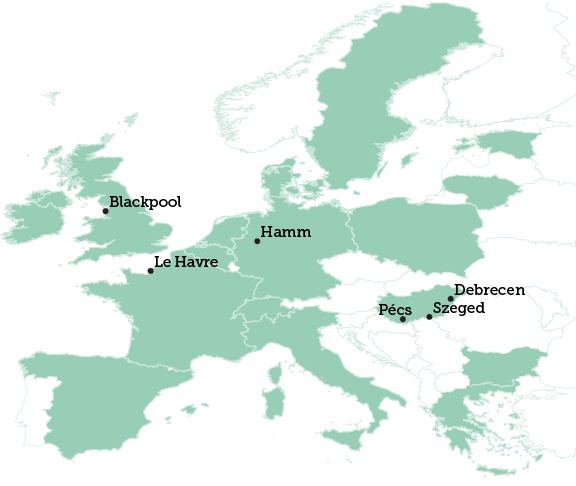 This factsheet shows how Blackpool compares to the five most similar European cities in terms of size and industrial structure. These are: Pécs (Hungary), Le Havre (France), Szeged (Hungary) , Hamm (Germany) and Debrecen (Hungary)

Comparing cities in this way helps us to understand more about how well UK cities are competing on an international scale because it groups cities with similar industrial structures, rather than on their resulting economic performance. The factsheet also compares the relative strengths and weaknesses of Blackpool to its European counterparts on variables such as skills, employment and productivity.

Blackpool sits within a group of small cities with a relatively large private services base, but a smaller business services base. 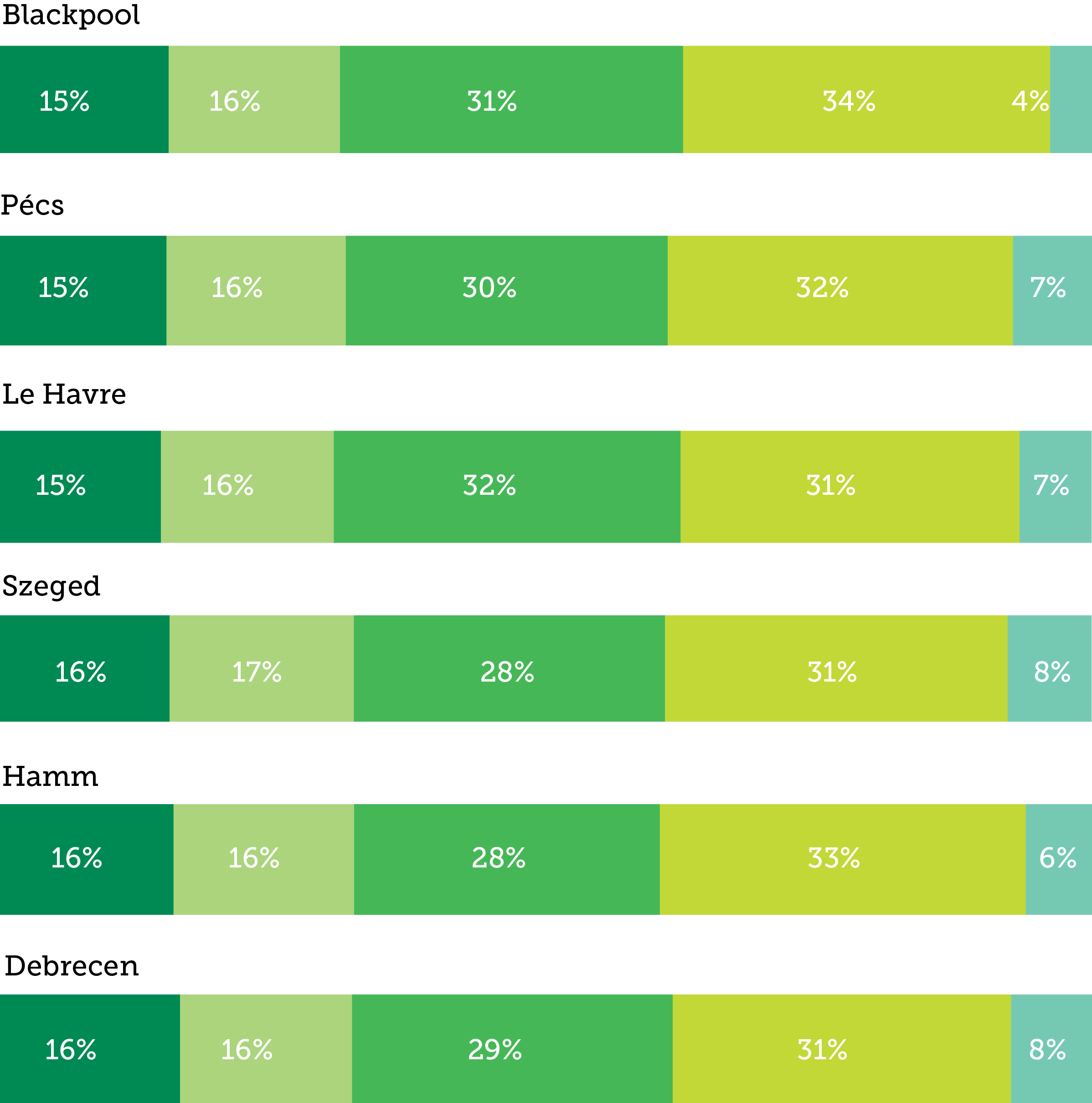 Within its group, Blackpool performs well for jobs and employment, however it is ranked in the middle for both GVA and GVA per worker. It is also a relatively lower skilled city ranking highest in the group for low skilled population and at number 76 overall, in contrast to Szeged, at 307 of 328 with a much smaller proportion of low skilled people.