This page brings together the key facts and figures about the city-region’s economy. It shows what local residents see as the top priorities for the new metro mayor. It also shows what previous elections tell us about voting patterns in the area.

Understanding how the city-region performs on key areas such as productivity and employment helps the metro mayor to assess what they should prioritise. The table below shows how Cambridgeshire and Peterborough compares to the national average on these indicators.

What powers does the West Yorkshire metro mayor have?

Below is a summary of the powers that the West Yorkshire metro mayor has. 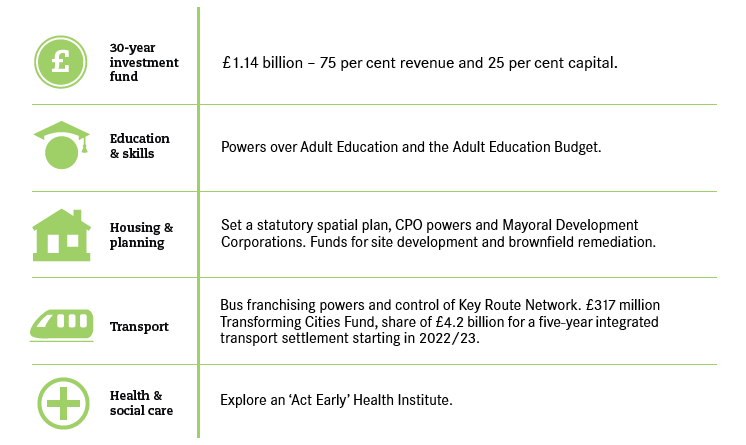 We outlined three key policy priorities that the metro mayor should focus on in her first term and beyond.

City Talks: How has history shaped the North’s identity?