Today, we updated the High Streets Recovery Tracker. The new data tracks footfall and spending across UK cities and large towns up to the end of September.

An analysis of the numbers reveals that after months of good fortune – aided by the good weather and the Eat Out to Help Out scheme – high street recovery has come to a stall in September.

Figure 1 shows the monthly change in the overall footfall score and the overall spend score between March and September. Unsurprisingly, both footfall and spending fell dramatically in March and are yet to recover to their pre-lockdown levels. 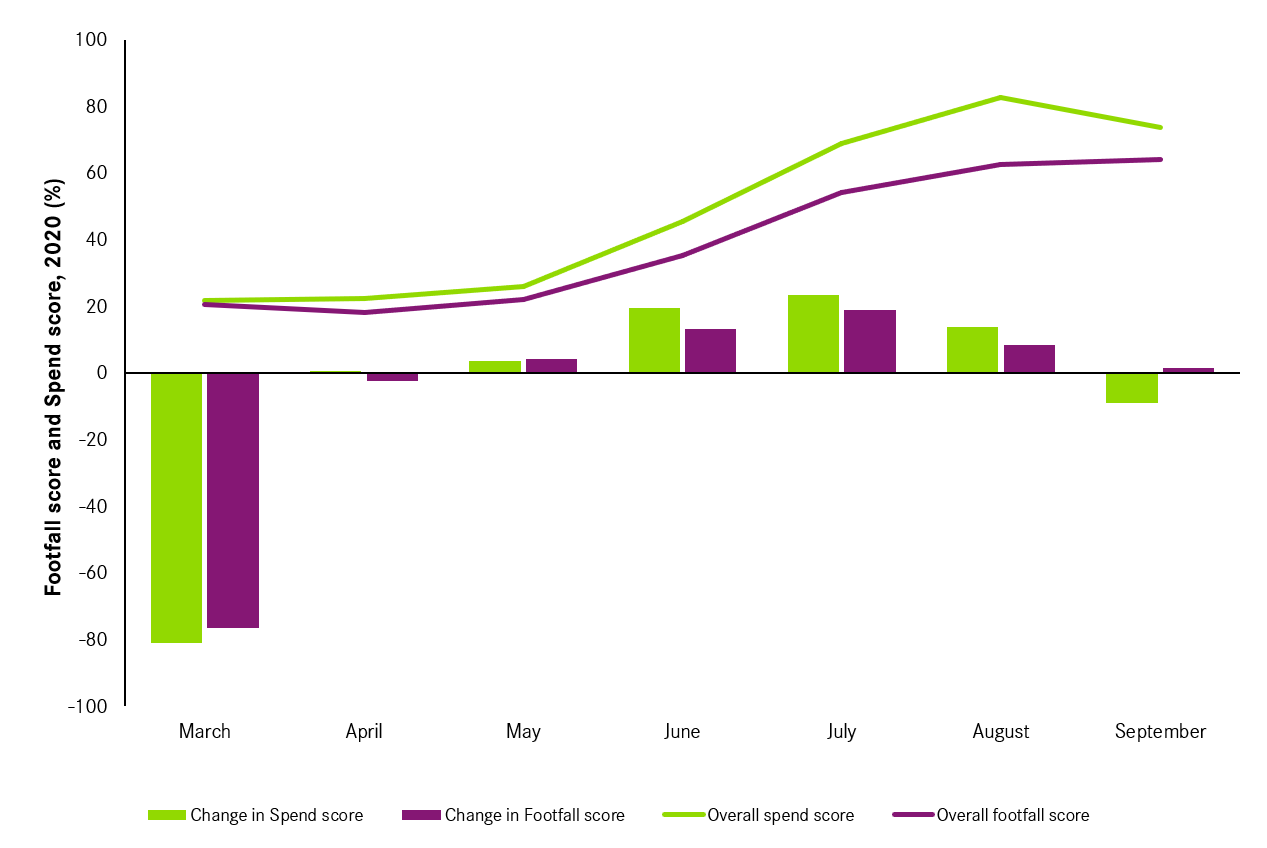 Footfall has risen since May, increasing by 46 percentage points between May and September, to 64 per cent of pre-March lockdown levels. September was its smallest rise since restrictions started easing, a marginal one per cent.

Spending, on the other hand, started picking back up a bit earlier, from April onwards. In the five months between April and August, spending in UK cities recovered by 61 percentage points to 83 per cent of pre-lockdown levels. But this reversed in September falling by nine points to 74 per cent.

Looking to the left of the table, we see that the places with the largest drops in footfall are visitor hotspots and the majority are seaside destinations. As noted in our earlier analysis, seaside destinations saw some of the greatest uplifts in footfall in the summer and were among the biggest beneficiaries of the Eat Out to Help Out scheme. It appears the same places are now seeing the downside as the summer and the scheme end.

Comparing the cities on the left to the ones listed on the right, we see that there is considerable overlap between the two. Bournemouth features at the top of both leagues, with Blackpool not too far behind.

A tough winter ahead for high streets?

After what has been an optimistic few months, high streets are starting to come up against headwinds. The stalling of the recovery, the end of the full JRS and the prospect of tighter restrictions do not bode well for the businesses in this sector. It is a particularly difficult time for the cafes, restaurants and shops in the centres of our largest cities that haven’t seen the same scale of recovery so far that the smaller places have.

In normal times, city centres have been the main hubs for Britain’s bars, theatres and galleries, enjoyed by urban dwellers and beyond. But six months into social restrictions, we now run the serious risk of losing viable and valuable enterprises in the hospitality sector that would have thrived otherwise. Germany and France have stepped in to support such amenities in their big cities. With growing calls for the Chancellor to extend support, eyes are on 11 Downing Street today to see if the Chancellor will change his position to stop a wave of closures on the high street.

How does footfall in city centres react to local lockdowns? 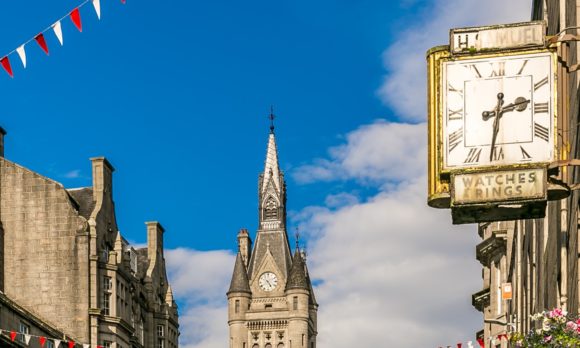