Critics of the idea that levelling up the economy should focus on improving the performance of Britain’s biggest cities have referred somewhat disparagingly to it as ‘trickle out economics’. But the data on wages shows that big cities do bring prosperity to their wider areas. The problem is actually that they don’t generate enough of it.

Figure 1: Wages for people who live and work in cities are higher than the UK average wage 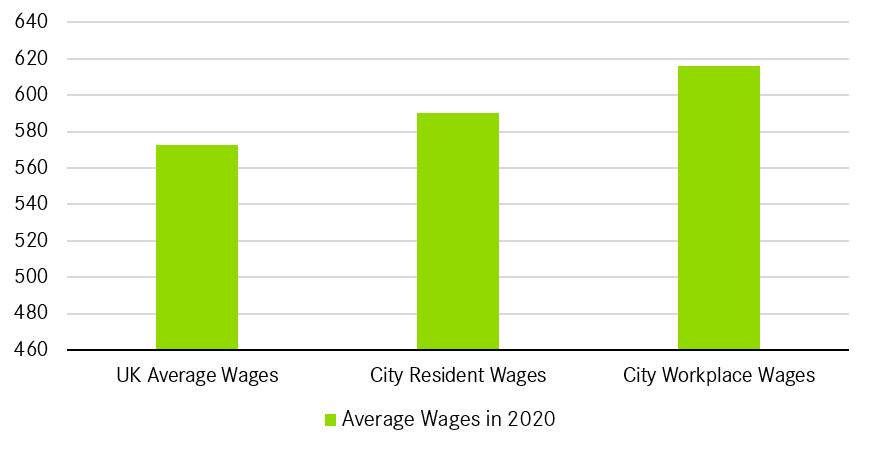 This indicates two notable factors about cities in the national economy. First, it shows cities play an important role as places of production. Wages in cities are higher because cities provide benefits for both workers and firms.

The second factor is that the many of the benefits of high wages in cities actually flow to people who do not live in cities. Lower wages for urban residents than urban workers in part reflect the problems of poverty and unemployment that do exist within urban areas. But it also indicates that commuting allows people who live outside cities to participate in their economies and prosperity.

But the UK’s big cities outside London have low wages

Yet, not every local economy lives up to its potential in this way. Larger cities should, in theory, have higher wages, as their size means they can offer deeper labour markets with better matching between workers and employers. These benefits in turn unlock more specialised and productive work, both for residents and commuters who live outside the city.

Figure 2: Wages for residents and workers are below the national average in big cities 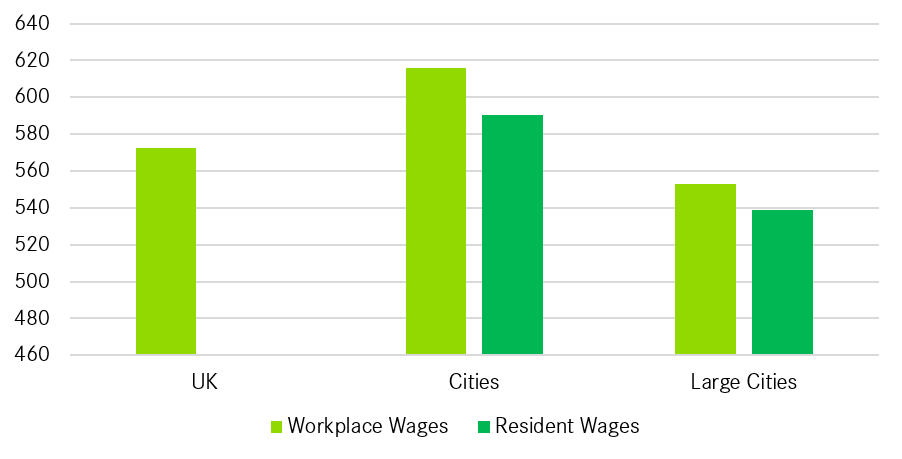 Our other work shows that while these cities have made progress over the past 30-40 years, their current underperformance means that these cities are still not yet managing to play their proper role. With commitment from local and national government, they have the greatest potential for further improvement.

Underperforming big cities are bad for nearby towns

That the big cities punch below their weight does not just have an urban and a national impact. Residents of towns who live near these cities also do badly because their wider local labour market is not functioning properly.

Figure 3: Wages for those outside of large cities are low too

As they contain city centres, the workplace wages of the central local authorities should be much higher than the UK as a whole. Yet their workplace wages are only £4 a week higher than the UK average, and lower than the typical worker in urban Britain. The effects of this then ripple out into their suburbs and hinterlands – resident wages in towns neighbouring these large cities are actually below the UK average as a result.

While sometimes commentators attack the notion of city focused “trickle out economics”, we can see that the underlying mechanism does actually work in these towns. Their resident wages are higher than their workplace wages, because they can commute to higher paying work in their nearby city. The problem is we need more of this. Cities’ workplace wages need to be much higher if we want to boost the wages of people who live in these towns.

Levelling up for everyone depends on improving city economies

Those that argue that we should stop investing in cities and focus on towns instead are cutting off their nose to spite their face. Pitching cities against towns hurts the residents that proponents claim to want to help.

To be clear, this is not an argument to ignore towns. It’s instead an argument about how we focus investment to help them. There is in particular a strong case for investment in social infrastructure and public services in towns, and for action by local government to restore “pride in the community”, as the Prime Minister recently put it.

The data above shows that not only is there a strong case to invest in big cities to improve the national economy, but to improve their surrounding towns too. Boosting our big cities will give towns a pay rise, and reduce divides across the country.

What levelling up should do to help town and city centres 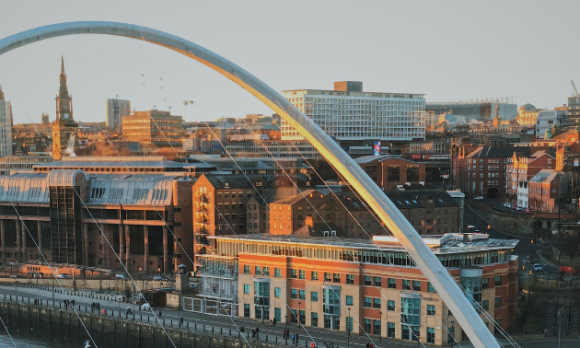