“It is not about stopping people doing things: it is about doing the same things differently (…). We will still drive on improved roads, but increasingly in zero-emission cars” read the preamble of the long-awaited Transport Decarbonisation Plan, published earlier this month.

To achieve this, the strategy couldn’t be clearer: with the phasing out of tailpipe emissions for all vehicles by 2040 and a zero-emission mandate for car-makers, the UK will need to ramp up investment in electric vehicle (EV) infrastructure if it is serious about hitting net-zero.

So, which places are the best equipped to face this transition, and where should the focus be?

Data available at the local authority level shows there are clear geographic imbalances. First, London account for just about a third of the UK’s public charging devices, while other large conurbations like Manchester, Birmingham and Liverpool combined account for less than 5 per cent.

These disparities are also visible on a per capita basis. Milton Keynes is the capital of EV charging infrastructure, with more than 130 devices per 100,000 people- followed by Dundee and Coventry (Figure 1). This contrasts strongly with places like Birkenhead, Chatham and Northampton, where there are less than 10 charging stations available for every 100,000 people.

In most of these places, this is far from being enough to support a transition to cleaner vehicles. There is a clear relationship between the availability of charging devices and EV uptake (with the lack of charging infrastructure often cited as a barrier for a wider uptake) so it’s important that the cities that currently lag behind are prioritised in the allocation of resources for charging network – as part of the confirmed £1.3 billion funding for EV infrastructure.

But it’s not all about EVs

That said, it is crucial to stress that relying solely on a progressive shift to EVs should not be seen as the sole solution to a greener future.

First, existing modelling has suggested that the 2040 phaseout date, even if associated with a significant uptake of zero-emission vehicles, will not be enough to decarbonise transport. The petrol, diesel and hybrid cars sold until then will stay on UK roads for decades; and this will offset (or slow down) emissions improvements brought about by EVs, just like it has in recent years. What’s needed is a reduction in traffic.

And that relates to the second point: EVs do not mitigate the need to reduce traffic – quite the opposite. The Government’s projections show that the scenario where all the fleet is electrified by 2050 also involves the highest growth in traffic (of all other scenarios), partly because the cost of driving will go down. And this is problematic because while EVs don’t pump out fumes, they still take a considerable – and valuable – space on roads (the same as petrol or diesel cars), with knock on impacts for how well the bus system operates and how we use space. 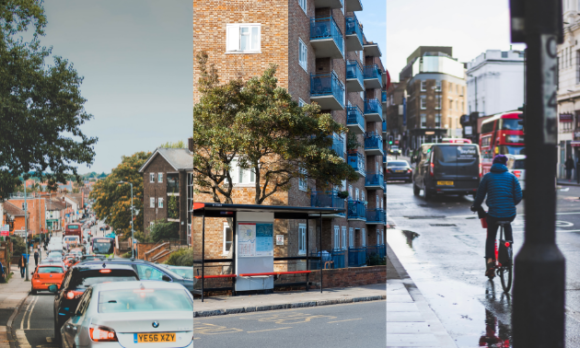 To have a chance at meeting net-zero the UK doesn’t just need greener cars – it needs fewer cars. This transition will be easier in cities, where journeys are shorter and density facilitates walking, cycling or public transport usage. As shown in Centre for Cities’ latest report, if by 2035 public transport and active travel account for two-thirds of all trips, and residual car journeys were largely made in EVs, transport emissions could go down by 87 per cent in cities (and they would still halve even without a significant shift to EVs).

To put it simply, EVs are a necessary but not sufficient condition to reduce our carbon footprint. This implies that we’ll need to do things differently and not just rely on technological innovation to solve the problem. The Transport Decarbonisation Strategy sets an objective for half of all journeys to be walked or cycled by 2030. This is encouraging, but beyond the target it now needs the necessary funding and policies to make it happen. This will require changes to the way cities are planned, coupled with interventions on the transport front to discourage driving (like Clean Air Zones or road pricing) and encouraging active travel, such as cycle lanes.

Air pollution remains a big killer in cities. The problem is getting worse - not better - but there are steps that city leaders can take to reduce it.

City leaders should be at the forefront of our switch to greener vehicles.