The daily walk to the park close to a busy road, a sunny breakfast in the city centre or a cosy evening in front of the fireplace – one would hardly link these everyday pleasures to potential health risks. But long-term exposure to air pollution is an invisible killer, related to 40,000 premature deaths across the UK and affecting the health of many more. And exposure to the mostly invisible pollutants that cause these deaths often come from everyday encounters such as cars in the street or fireplaces.

This year’s Cities Outlook looks at the urban nature of air pollution. It finds that concentration levels of two harmful pollutants, NO2 and PM2.5, are higher in cities and large towns than in their surrounding areas. PM2.5 alone is related to more than one in 20 deaths in UK cities and large towns. That’s 25 times the national rate of deaths from road traffic accidents.

But these estimates vary strongly depending on where people live. The data on PM2.5 shows a clear South/North divide in air pollution — with the South worse off. In cities such as Slough, Luton and London an estimated one in 16 people die from exposure to PM2.5. This stands in contrast to cities in Scotland and northern England which have the smallest proportion of PM2.5 related deaths. In cities like Aberdeen and Dundee the share is half as high at one in 33 deaths.

While thousands of people die each year from breathing in PM2.5 alone, the UK does not breach legal limits for this pollutant. But it does exceed limits suggested by the World Health Organization (WHO).

In 2016, Scotland became the first country in Europe to adopt these WHO recommended guideline for PM2.5. And elsewhere in the UK a growing body of institutions and cities such as London are calling for the need to follow the WHO guidelines.

The UK Government should take Scotland’s lead and follow the guidelines. There’s work to be done if it did. In 2018, every single monitored road in 19 cities and large towns in England, such as Milton Keynes or Aldershot, breached the WHO’s recommended limit. 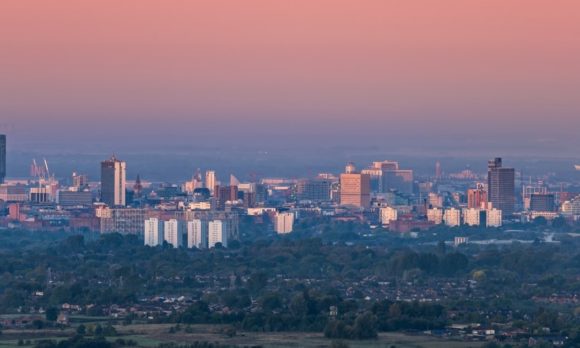 But road transport is just one of the sources of PM2.5. In UK’s cities and largest towns, 50 per cent of PM2.5 emissions come from domestic sources, including wood and coal-burning stoves. For policy which recently has been largely concerned with emissions stemming from transport, this must mean action is needed to reduce domestic combustion too.

This starts with raising awareness on the effect of domestic combustion – while the warm glow of a wood burning stove is nice, its dirty polluting secret is not. It should be followed with cities being given the powers to set tighter minimum emission standards for burning stoves and banning domestic burning in areas where levels of PM2.5 are excessively high. The Clean Air Fund should also be tripled to £660 million to support cities take action across the range of sources that pollute their air.

People are dying from the air that they breathe. If our cities are to remain places to live and to work then further action is needed to reduce the killer that stalks their streets.