Productivity growth, or more precisely the lack of it, has been one of the hot topics of the UK economy following the recession. Whilst the country has experienced rapid employment growth, resulting in record high employment numbers and a low unemployment rate, productivity has been stagnant (at least until very recently). What our research has consistently highlighted is that the so-called ‘productivity puzzle’ is place-based, and our Small Business Outlook 2015 report reinforces this perspective.

When you rank the cities with the highest proportion of expanding SMEs (enterprises that increased the size of their workforce between 2011 and 2014) you find that none of the top 15 cities had a higher productivity level (as measured by GVA per worker) than Great Britain’s average. 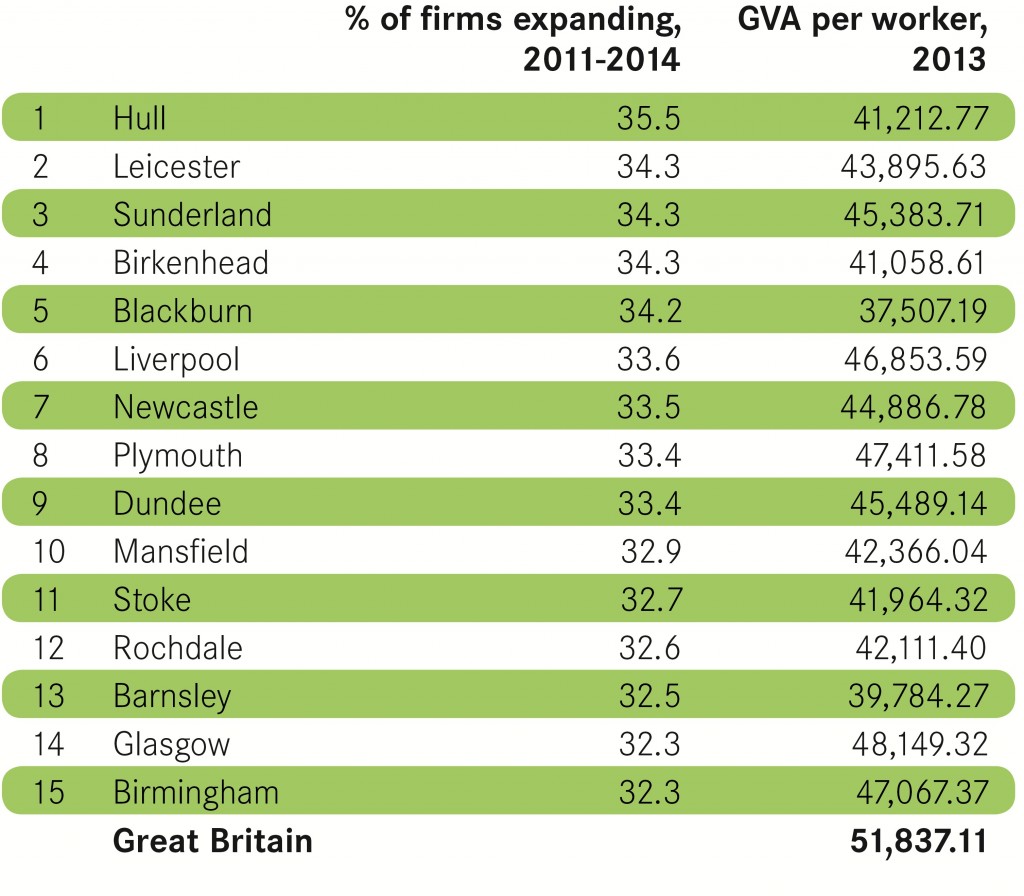 So why doesn’t having a high proportion of growing SMEs trigger greater productivity in those cities?

The structure of their economies has something to do with it.  Take Hull, which is the city with the highest proportion of expanding SMEs in the UK: 22 per cent of the city’s SME base operates in manufacturing and construction, which is higher than the proportion of professional services (16 per cent). And much higher than its share of creative and digital industries, which together only account for only 7 per cent of SME activity. 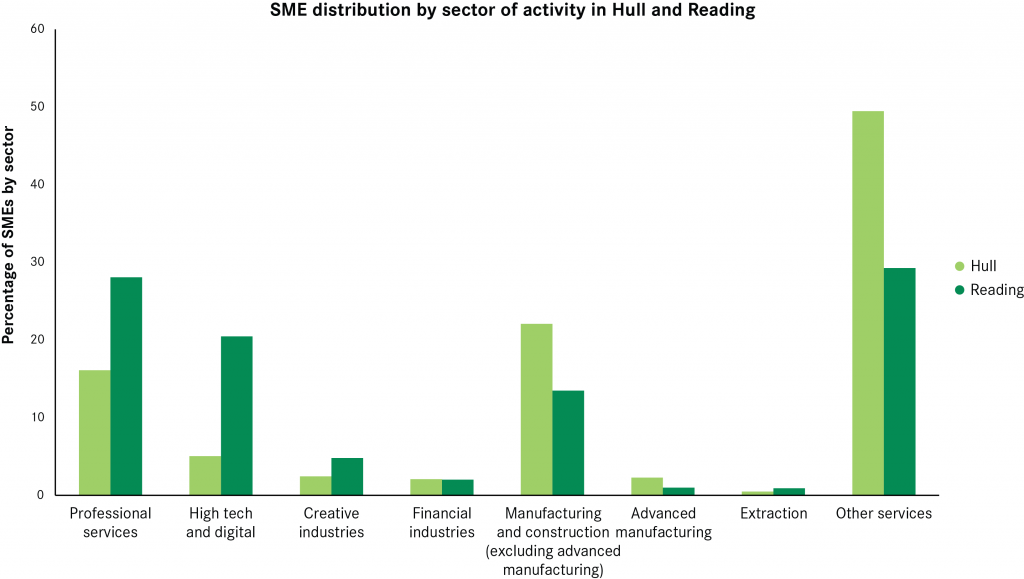 Now let’s compare Hull with Reading, where a lower percentage of SMEs expanded. 28 per cent of Reading’s SMEs operate in professional services, and 25 per cent in creative and digital industries. Manufacturing and construction only account for 14 per cent of the SME mix.

The less knowledge-intensive industries that are more prominent in Hull are less productive than the ‘new work’ SMEs (creative, digital and professional services) that dominate Reading’s small firm base. And as the latter generate more wealth per worker, having a higher proportion of these firms in a city is likely to enhance economic prosperity.

‘New work’ SMEs also operate in relatively interconnected sectors; their activities often support each other, encouraging knowledge creation and sharing which further increases their productivity. Alongside this, our work has shown that activity in these sectors is often associated to broader economic outcomes, such as higher wages, higher jobs growth in other sectors, and better digital connectivity. So expanding SMEs do not necessarily result in increased productivity.

Supporting small firms features heavily in the economic development priorities of the Government and of many cities. But for this support to translate into higher wages, more jobs and higher productivity, taking account of sectoral differences evident across cities is essential. In other words, cities should be thinking more about SME quality than quantity.