The notion of ‘levelling up’ implies that everywhere should be made equal. On measures such as educational attainment, this should be the goal. But when it comes to levelling up the economy, policy will fail if it sets the goal of making everywhere the same.

This is because different places play very different roles in the economy resulting from the inherent benefits that they offer to businesses. Rural Cornwall, for example, offers spectacular scenery. In contrast, Manchester offers access to a large number of workers and a network of other businesses to interact with, particularly in its city centre. While we should want Cornwall to perform as best as it possibly can, we should not expect it to be as productive as central Manchester. And crucially, there is very little governments can do to change these inherent advantages (beyond building a new city in Cornwall), despite what politicians are fond of promising.

The problem for the UK economy is that most of its big cities make very poor use of their inherent advantages, and they trail far behind their comparators such as Munich and Milan as a result. We should expect big productivity differences between Manchester and Cornwall. But we should not expect them between Manchester and Bristol. Currently neither of these things is true. This weighs heavily on both regional prosperity and the performance of the national economy, costing the latter close to an estimated £50 billion per year.

This means that the goal of levelling up the economy should be about helping places reach their productivity potential. But this potential is much higher for some places than others. And given the continued underperformance of Birmingham, Glasgow and Manchester in particular, policy should focus on addressing their struggles in particular. While improving the economies of towns should be done where policy has the levers to do so, if it is done in absence of helping the underperforming big cities then levelling up will continue to be a challenge long after the current government has departed.

It also means that while gaps between different parts of the country would narrow if this goal was achieved, we should still expect variation in productivity across the country. That variation would look different to the unsatisfactory one we have today. But it would not result in everywhere looking the same. The maps below give an indicative view of what this variation would look like. 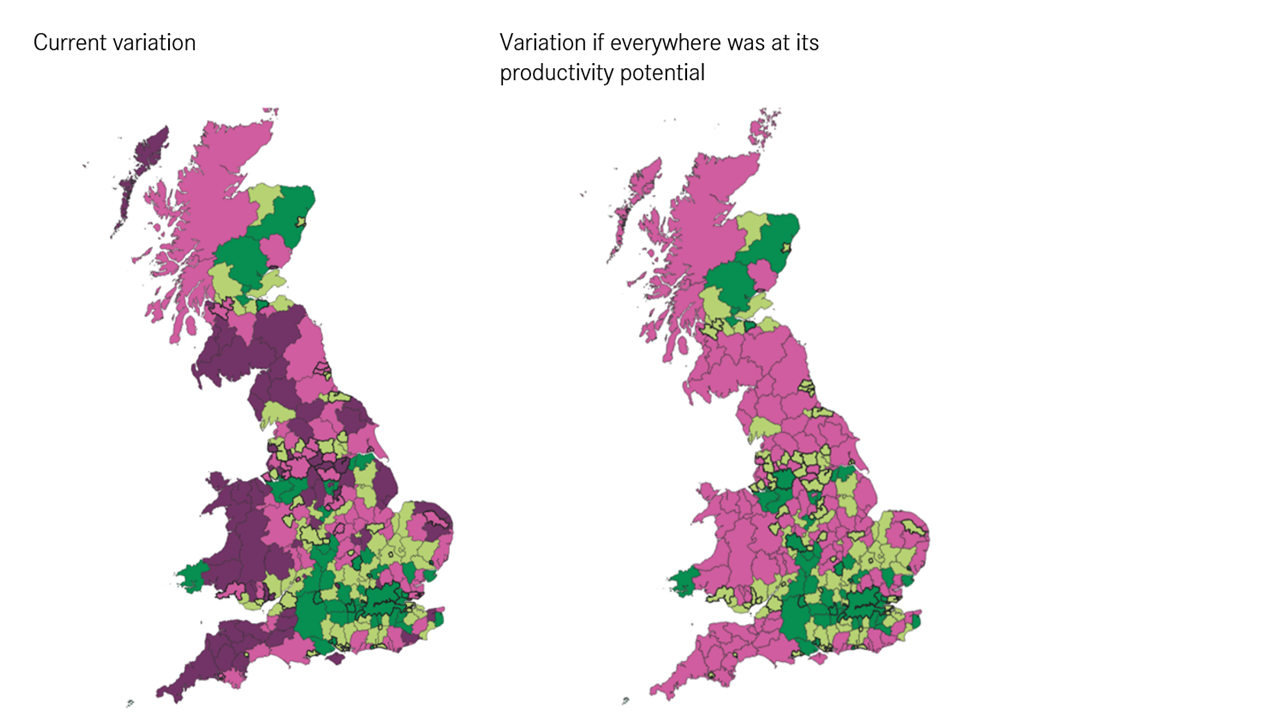 The gap between the Greater South East and the rest of the country would shrink from 33 per cent to 24 per cent, but a gap would remain.

The difference between London and the next largest cities would fall from 56 per cent to 35 per cent. But London would still be more productive.

And the gap between Britain’s cities and largest towns and the rest of Britain would widen slightly, from 14 to 18 per cent. But crucially, in absolute terms those non-urban places would still be better off than is the case today.

It’s easy for politicians to claim they’ll rebalance the economy, or level up. What’s much harder to do politically is to recognise the reality that different places play different roles in the economy. The role of policy is to make places the best versions of themselves, rather than making everywhere the same. The former of course will not be easily done. But the latter will be impossible. And politicians should be wary of staking their legacy on something that is impossible to achieve.

You can read what Centre for Cities’ proposals are for a levelling up agenda in this briefing. 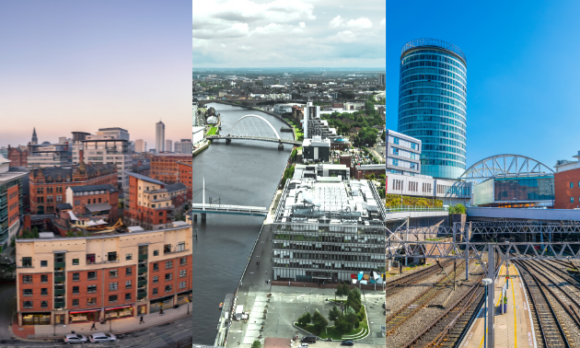 Our work on levelling up

Levelling up Productivity Towns
No, big cities haven’t grown at the expense of towns

The idea that recent growth of cities has come at the expense of towns has become a mantra. The problem is, it isn’t true.