Part one of this blog series comparing large UK cities to their European counterparts showed that the productivity of large UK cities lags well behind those on the continent. Why is this? In part two we look at more detailed data for large cities in France and Germany to identify the factors behind the UK’s lag.

Is London too successful? 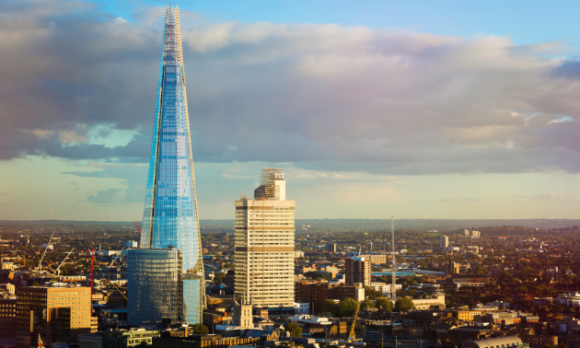 The reason why UK cities‘ productivity lags is because of the types of businesses that the different UK and European cities have been able to attract. As Figure 1 shows, in large French and German cities high-skilled ‘exporting’ industries – which we know are the drivers of productivity growth – make up a much larger share of their economies than in big British cities.

Figure 1: Productive jobs in Germany and France are clustered in their largest cities

Figure 2 looks at the industry composition of German, French and British cities from a slightly different perspective by differentiating between individual industries. It shows that even in Germany, which is often viewed as a ‘manufacturing nation’, high-skilled services are the driver of productivity in large cities. Frankfurt’s jobs share in high skilled services is around three times the one of Birmingham.

Figure 2: High-skilled service jobs are the drivers of productivity

The question then is, what causes businesses to decide to locate where they do? Assessing the size of the benefits that the different cities offer to business can give some clues, namely: Do they offer a pool of skilled workers to hire from? Do they have a transport system that connects these workers to jobs? And is there available commercial space?

Data to compare the configuration and quality of commercial space isn’t readily available. But data on transport and skills is.

Preliminary analysis on transport data suggests that large British cities don’t compare too favourably to their European counterparts. The chart below looks at the number of people who can commute into the centre of each by public (horizontal axis) and private (vertical axis) transport, with the bubble size showing how large the city is in population terms.

It shows two things. The first is that many large British cities, such as Sheffield and Nottingham, have a small catchment within half an hour compared to their peers such as Stuttgart and Toulouse. So the effective pool of workers is smaller than for those on the continent. The second is that while Manchester and Birmingham perform much better on this measure, given their population size we should expect them to reach many more workers than they do.

However It is not clearcut that this is the cause simply of the transport system. What we also know is that large European cities are much more dense than their British counterparts, so there are more people living closer to their centres. We will explore these transport trends in more detail in the coming weeks in a separate briefing.

The clear challenge here for British cities to this the fact that they don’t attract the same large numbers of high skilled workers that comparably-sized cities in France and Germany do.

Figure 3: The largest British cities have access to relatively fewer people than their European comparators within a 30 minute commuting time

Note: Travel times are measured to the centre of each city for an arrival time at 9:00

It isn’t just the size of the pool that is a challenge, the skills of those potential workers are too. Figure 4, shows that access to skilled workers is a particular issue. Large UK cities have much higher shares of low-skilled people than cities in France and Germany.  While in Germany, around 16 per cent of working-age residents in large cities have no or few skills and in France around 20 per cent, in large UK cities the figure is almost 40 per cent. This figure is also reflected by the share of people in cities with high skills. In large French cities, around 38 per cent of working-age people are high-skilled compared to 30 per cent in large UK cities. Figure 5 examines Munich and Manchester as an example. Because shares are so low, the high-skilled population living in Manchester is equivalent to Munich, despite Manchester having around one million more residents.

Figure 4: Large British cities are lagging behind in terms of the skill levels of their working-age population

Figure 5: Manchester and Munich have the same absolute number of high-skilled residents despite large differences in their total size

The data above suggests that many large UK cities are not offering access to skilled workers to the same extent that similar sized French and German cities do, limiting the main economic benefit of big cities: agglomeration. Addressing this challenge will be a key part of the levelling up agenda, and our detailed recommendations, including increasing skills spending to that of Sweden, are set out in our latest briefing: So you want to level up?.