In our latest podcast, we spoke to Neil Lee from the LSE about his new research on innovation. More specifically on who drives it? Is it geeks or is it hipsters? Turns out it’s the combination of both that works best.

You can listen to the podcast above and check out the paper here.

Government policy over the last two months has (rightly) focused on containing the spread of the Coronavirus and mitigating the disruption caused to the economy due to the social distancing measures. Now that the public health situation is starting to look like it’s under control, governments, both national and local, will soon have to start thinking about what comes next.

How can we restart and grow economic activity without compromising on safety? How do we revive the old ambitions to increase the productivity of UK Plc and of levelling up the places within it?

A key aspect of this, as it was before the crisis hit, will be investing in and encouraging innovation. New research from the LSE and the subject of this podcast focuses on the question of ‘who’ drives it. As a teaser – here’s a brief summary and a couple of reflections.

The importance of STEM workers (geeks as they are endearingly referred to in this paper) for innovation is long-established. In contrast, the idea that knowledge workers in creative jobs (aka hipsters) matter for innovation is relatively new.

Lee’s work with Rodriguez-Pose looks at data across nearly 300 American cities to assess the relative importance of geeks and hipsters on the level of innovative activity in a city. They find that it is, in fact, the cities with a combination of both scientific and creative activity taking place that are the most innovative.

Geeks are likely a factor on their own but they do their best when working alongside their creative counterparts in cities. And likewise, for hipsters – in isolation they have a weaker connection with innovation than their scientific counterparts but it’s a different story when we look at the combined effect. In other words, geeks and hipsters both make a greater contribution to the innovative capacity of a city together, than they do on their own.

The findings of this paper are a good illustration of the agglomeration benefits of cities. By bringing together lots of people in a shared space, cities facilitate interaction between seemingly separate occupations and activities. For instance, through collaborative activity between a designer and a programmer to build a more user-friendly app, both they and the city are now more innovative and productive.

The social distancing measures put into place to combat the spread of the Coronavirus will likely result in some change in long-term behaviour. Remote work may reveal itself to be a viable option for certain activities or certain jobs, in the same way that automation has. But for now, face to face interaction remains the most efficient way to share ideas and learn from each other.

As it stands, innovation policy is largely formulated and delivered in silos. Activities are separated into sectors and industries and engaged with as such. While this is more manageable, it misses out on the type of benefits this new research is talking about.

Future policies to foster innovation (public health guidance permitting) should encourage mingling across occupations through interventions that encourage networking and co-working. The density and proximity of cities mean they are primed for trialling such place-based approaches.

City Talks: LSE’s Neil Lee on hipsters, geeks and the future of work 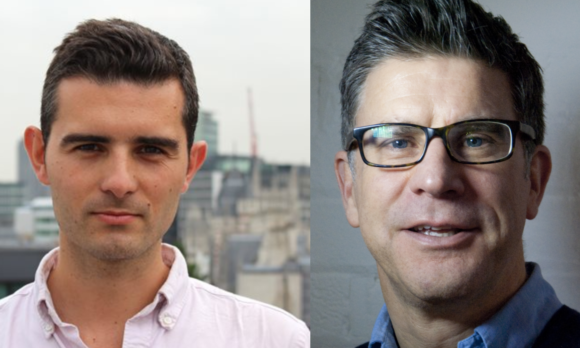